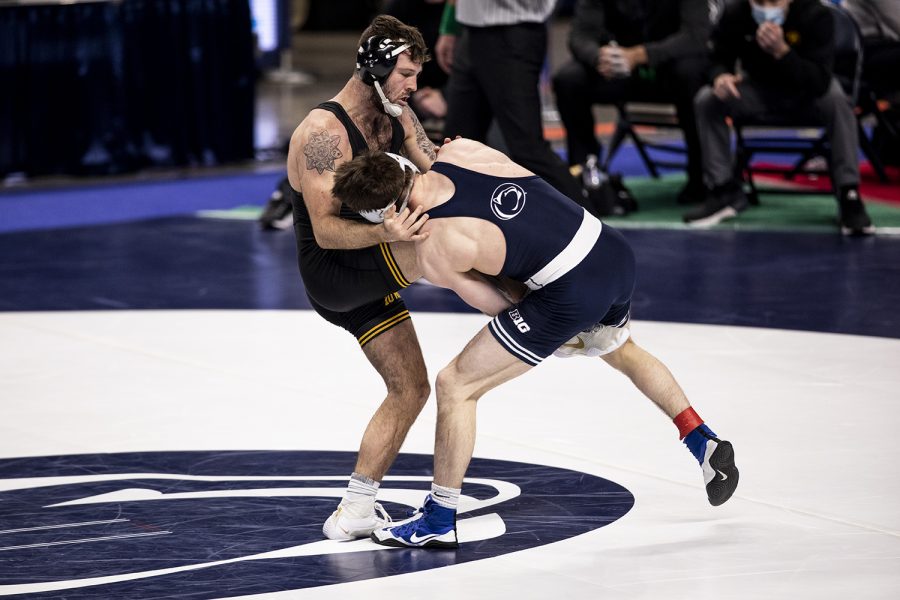 STATE COLLEGE, Pa. —  Jaydin Eierman was already a three-time conference champion before he competed in the 141-pound Big Ten finals on Sunday. But winning a Big Ten title is different than winning a MAC Championship.

The three-time All-American and top seed in his weight class at this year’s Big Ten defeated No. 2 Nick Lee of Penn State by 6-5 decision in the finals to win the title.

The @Hawks_Wrestling senior grabs the crown at 141 pounds with a hard-fought 6-5 win over PSU’s Nick Lee. @ncaawrestling pic.twitter.com/ErIigjN322

Eierman joins Spencer Lee as Hawkeyes who have won individual titles so far in session four. Austin DeSanto finished in second place at 133 pounds. Three other Hawkeyes will compete in finals matches and an additional three will compete in third-place matches.