After a tough week to open the season, Iowa women’s golfer Lea Zeitler found her form at the Rebel Beach Intercollegiate. 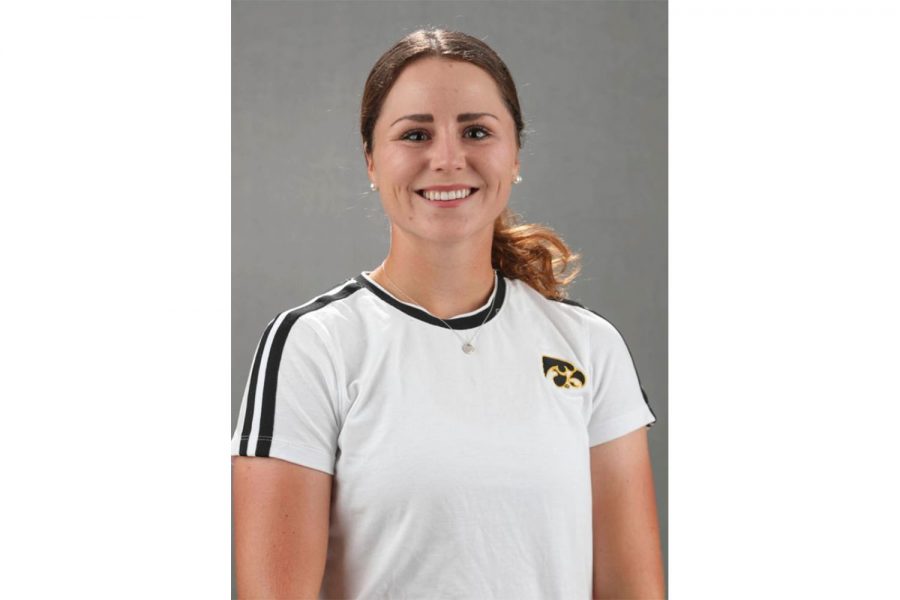 Last month, at the Rebel Beach Intercollegiate in Las Vegas, Nevada, Iowa women’s golf’s Lea Zeitler was tied for the lead heading into the third and final round of competition — and she didn’t even know it.

In the three-round event, players were scheduled to complete the first 36 holes on the first day and play the final round the next, but darkness fell before the second round could be completed. That meant Zeitler had to leave the course in the middle of her best round as a Hawkeye.

After 16 holes of her second round, the Hawkeye sophomore found herself at five-under-par for the round and one-under-par on the tournament. That night, Zeitler didn’t want to know where she stood, she wanted to play with a clear mind on the last day.

“I was talking on the phone with my boyfriend [after the first day] and he was like, ‘Do you want to know where you’re at?’” Zeitler said. “I’m like, ‘No, actually, I don’t. I just want to go out there and play more golf.’ I was like, ‘I don’t really care,’ because I felt so good.”

Zeitler went on to tally one more birdie in the final two holes of round two, turning in a six-under-par 66 — the lowest score for a single round in the history of the Iowa’s women’s golf program.

Although Zeitler fired a final-round 74 to finish at an even-par total and four shots behind the winner, the Austria native said not knowing where she stood on the leaderboard allowed her to play pressure-free golf.

“That was the first time I ever [didn’t know where I stood],” Zeitler said. “If I had the chance again, I would want to keep it that way. In those two days, I was really just in the flow and I was so centered with myself, I was so focused on the process. I think this tournament was, mindset-wise, probably one of the best ones I’ve had in the past few years.”

Zeitler’s runner-up finish at the Rebel Beach Intercollegiate earned her Big Ten Women’s Golfer of the Week and came just days after a season-opening performance at the FAU Paradise Invitational where she posted rounds of 77, 80, and 82 to finish near the back of the pack, carding just two birdies in the three rounds compared to the 13 she tallied in Las Vegas.

“What happens sometimes is you’re wanting it so badly when you put in the time and the effort [that you don’t perform as well], I think that’s what happened the first week,” head coach Megan Menzel said. “The last time out, she was just able to relax a little bit and allow all those things that she’s been working on to shine through.”

“I had a rough start in Florida,” Zeitler said. “Coming back from Florida, I was really upset. I felt like I practiced the most I ever had over break and then in the first event I just felt completely lost … I knew that 95 percent of that performance came from my mental side. I went into the Vegas week with a clear game plan and two or three thoughts in my swing.”

Zeitler, her swing thoughts, and her teammates will be put to the test again next week in Tucson, Arizona, at the Wildcat Invitational March 8-9.