University of Iowa students’ homes impacted by the Texas snowstorm

With widespread totals ranging from 3-5 inches of snowfall, with the largest amounts reaching up to 9 inches, north Texas felt a wintery impact. 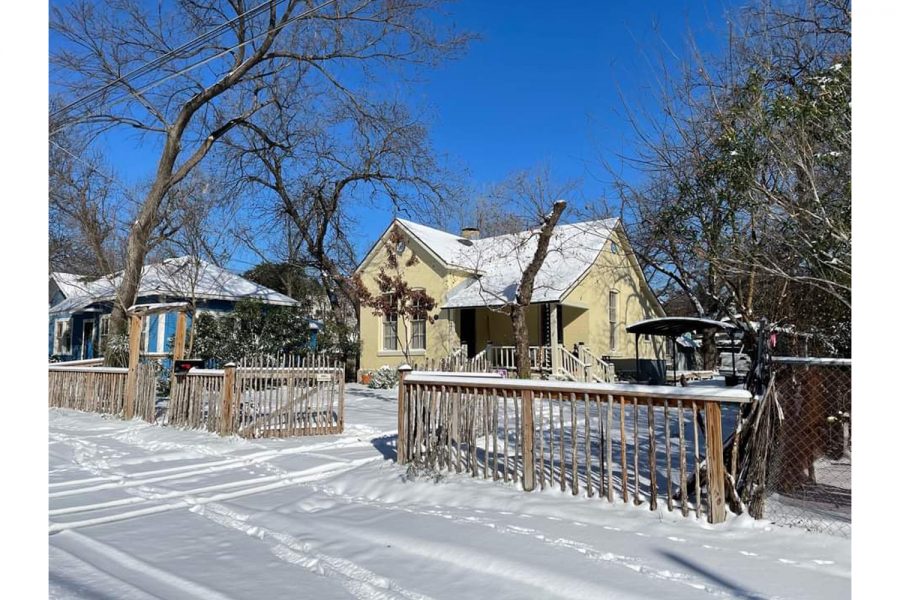 Growing up in Colleyville, Texas, Patricia Wozniak could only remember one time she saw a slight dusting of snow.

“I remember getting released from school early, and I was waiting for my parents to come and pick me up,” the University of Iowa freshman said. “So, it had to be when I was little.”

But everything is bigger in Texas; and in the last two weeks, that included snowfall.

With widespread totals of 3-5 inches in the Dallas–Fort Worth area, there were cities seeing up to 9.5 inches of snow falling by Feb. 15, reported NBC DFW.

“I was concerned more or less — ‘Do they have the right resources there that they need?’” Wozniak said when hearing about the storm headed for her family and friends in Texas.

As of this past Sunday, Wozniak said a lot of people she knows have their power back. But water is different story depending on where her friends and family are living. On Monday, 8.7 million people were under a boil water notice in Texas, according to NPR. Fewer Texans still have power outages — there are about 8,700 people still without power, according to poweroutage.us.

“One of my really good friends doesn’t have water yet and is having to boil their water for the family,” she said. “Their family is managing through it.”

Freshman Camryn Mosty also has family in Texas. Her grandma lives alone and was also without power and water for five days.

“[My grandma] did not have cell service either,” Mosty said. “She had to get snow from outside just to fill her toilet.”

She also said other family members became stuck because of unsafe road conditions which caused them not to make it home one night.

Another problem many in Texas faced was pipes bursting because of freezing temperatures.

“[My house] got its electricity back on, and then [my parents] were heading out to go get dinner and as they were about to leave, they heard a really weird noise,” Wozniak said.

As her mom walked into their living room area where the sound came from, she saw water starting to rush from that room, Wozniak said.

“Luckily they were able to get a plumber out the next day and repair it,” Wozniak said. “But there is a huge piece of the drywall missing.”

Civil and Environmental Engineering Professor Richard Fosse said houses in the Midwest and the South are equipped to handle different climates and temperatures.

“The big difference comes in the mechanical systems, specifically the heating system for those homes is a fraction of what they are here,” Fosse said.

That’s when it gets people who live in the South into trouble, he said, especially when they experience weather like last week.

Fosse said another difference is underground pipes sit much shallower in the ground in Texas is than in Iowa, so are more likely to be affected by unusually cold temperatures.

One of the biggest concerns is water pipes bursting, Fosse said, but there is of course the public health component of keeping people warm and safe.

Wozniak’s parents are originally from the Midwest, and she said they were used to this amount of snow, just not in Texas.

“My dad even said in a post on Facebook that the houses are just so structurally different,” she said. “The one room that got the damage done, [my parents] want to restructure it to be like a Northern house so that if it does happen again they are better off in the long run for it.”