The Iowa Senate Education Committee advanced a bill on Wednesday that has similar language to a former Trump administration executive order that aimed to regulate DEI training. 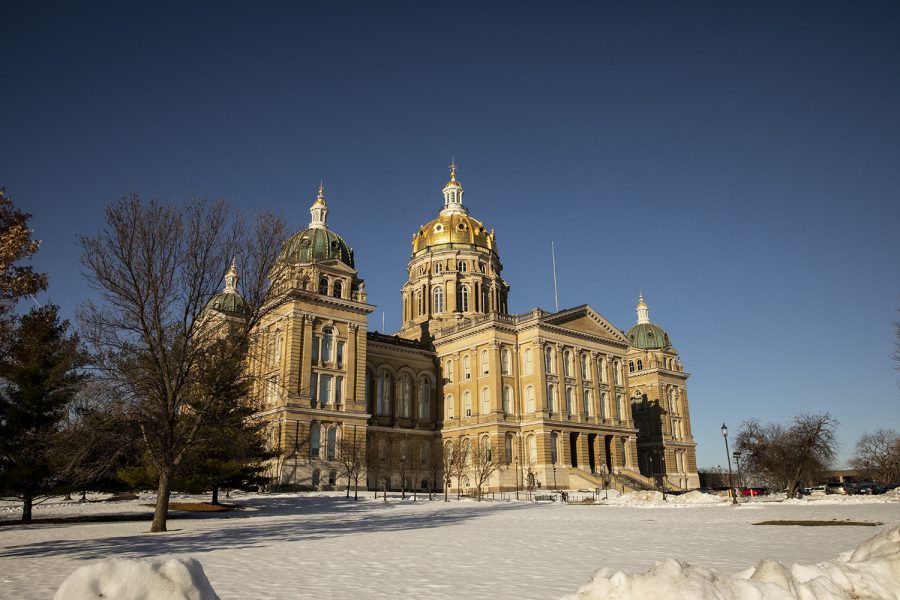 The Iowa State Capitol Building is seen on Tuesday, Jan. 12, 2021 in Des Moines. Tuesday marks the second day of the 2021 Iowa legislative session, including the annual State of the State address given by Gov. Kim Reynolds.

The Iowa Senate Education Committee advanced a bill 11-4 on Wednesday regarding First Amendment rights and diversity, equity, and inclusion training at public colleges and universities and postsecondary institutions.

SSB1205, introduced by Sen. Amy Sinclair, R-Allerton, would require higher education institutions to establish and publicize policies that prohibit the college from restricting free speech and penalties on protected speech.

The bill also states that if a faculty member at an institution is knowingly and intentionally restricting protected speech or penalizes a student, then that faculty member would be subject to disciplinary action by the institution.

SSB1205 has similar language to an executive order from former President Donald Trump that aimed “to combat race and sex stereotyping” and scapegoating. Trump’s order sparked controversy for wanting to make more “patriotic” learning and work environments by promoting DEI training that would not acknowledge systemic racism.

This order prompted the UI to pause DEI training for two weeks while the university ensured their training was in compliance with this order. If it wasn’t, then the UI could have risked losing federal funds.

The bill currently in the Senate says that superintendents of public school districts and presidents of public universities must ensure that any DEI training fosters a “respectful workplace.” It says that a school or outside contractors cannot provide training that promotes divisive concepts, which the bill defines as the following:

This bill comes after a University of Iowa College of Dentistry student, Michael Brase, claimed the college was suppressing his conservative viewpoints after he hit ‘reply all’ on an email from the college that condemned the Trump administration’s executive order.

“At the college level, maybe a student is in the minority, as somebody who’s a conservative Republican, and the teacher in the classroom is coming from a more progressive point of view,” said Sen. Jeff Taylor, R-Sioux Center. “There’s a very large power differential between teachers who have the power of assigning grades, and the students.”

Taylor said that First Amendment rights should not disappear when a student is in a classroom.

Sen. Herman Quirmbach, D-Ames, the ranking member of the Senate Education Committee, was the only Democrat on the committee to vote in favor of the bill. He said that this bill does not regulate what can be taught in the classroom and that it “protects freedom of inquiry.”

“I don’t want the training of these people to involve any kind of notion that one race or sex is inherently superior to another race or sex,” Quirmbach said Wednesday. “That is absolutely abhorrent to me, always is, always will be.”

Sen. Sarah Trone Garriott, D-Windsor Heights, said she had concerns with the provision that would discipline educators if they were found to be violating this law. Sinclair said it would be up to the school’s board and, in some cases, the Iowa Department of Education, as to what disciplinary measures should be taken.

“That’s a concern for me in this piece of legislation, is how do you determine intent of an individual through a process like that?” Garriott said.

The bill will now go to the full Senate for a vote.