Both the men’s and women’s golf teams finished in the top-5 of their team tournaments this week. 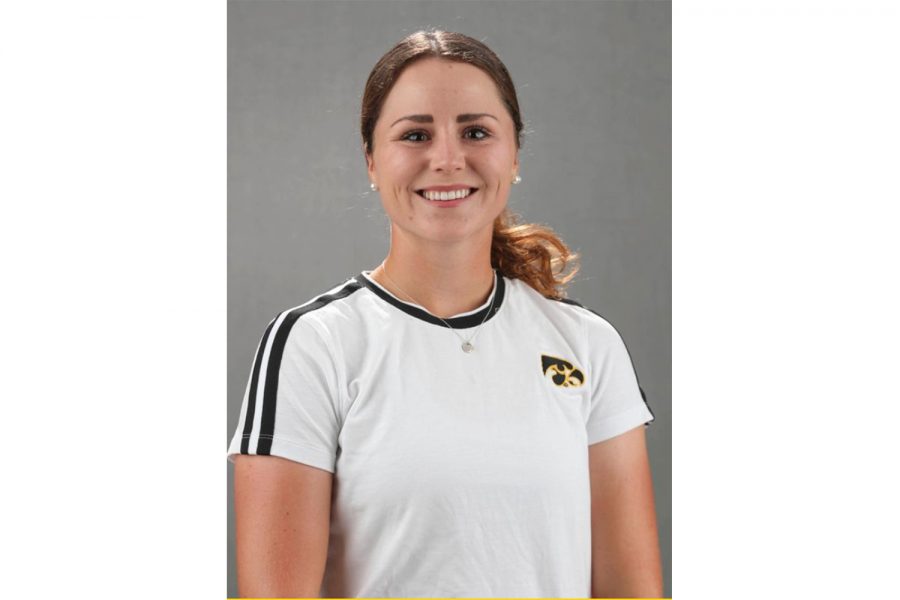 Both the men’s and women’s golf teams were in action this week as the men traveled to Charleston, South Carolina, for the Kiawah Invitational, and the women teed it up in Las Vegas at the Rebel Beach Invite.

The women’s team turned in a record-setting week, finishing fourth out of 13 teams and the men were fifth of 14.

The Hawkeyes counted all three of sophomore Lea Zeitler’s daily totals–76,66,74– that was good for second place in the individual competition for the Fiecht/Mieming Tyrol, Austria, native. She was named Big Ten Women’s Golfer of the Week Wednesday, which was third time in her career winning that honor.

Although Zeitler couldn’t close out the individual win as she was tied with eventual winner Brigitte Thibault of Florida State after round two, and Thibault’s closing 70 bested Zeitler by four shots, the Hawkeye star did climb to the top of the Iowa record books this week.

Zeitler’s second-round 66, 6-under-par on the par-72 layout, is the lowest round in Iowa women’s golf history.

Zeitler began her second round on the 11th hole with a birdie and finished carded one more birdie and a bogey before making the turn to the first hole. On the course’s front nine, Zeitler made five birdies including three in a row on holes seven, eight, and nine before ending her round with a par on the 10th.

“I had a really solid week,” Zeitler said in a release. “I made a good game plan before and worked on some things with my coaches and just went in with a clear mind.”

Zeitler’s record-setting 66 on day two helped Iowa post a team-score of 284 (-4) in the second round, a mark that is good for second-best in school history.

“There is a lot to build on this week,” Iowa head women’s golf coach Megan Menzel said in a release. “The second round definitely shows what this team can do together. Lea’s 66 was great to see and all her hard work is certainly starting to show. Klara has been rock-solid and is knocking on the door to some [under-par scores.] We are excited to keep the momentum going and get back on the road this weekend.”

The women’s team will compete in the Palmetto Collegiate on Feb. 21-22 in Kiawah Island, South Carolina

The men counted a strong performance from junior Gonzalo Leal Montero to finish fifth at the Kiawah Invitational.

“I was consistent off the tee and my irons were especially good,” Leal Montero said in a release. “I did a good job committing to every shot.”

““I’m pleased with the team’s performance, especially over the last two rounds. It was a team performance,” Iowa head men’s golf coach Tyler Stith said in a release. “Gonzalo was solid notching a top 10 finish. He gained confidence as the tournament went on and looked very good today going bogey-free. Benton was 6-under over the last two rounds. Mac shot 4-under in the second round and Alex [Schaake] had a bogey-free 69 in round two. Jake [Rowe] finished strong today when we needed it. We have many positives to take home with an understanding of where we need to improve.”

The men’s team will return to action on March 8-9 at the Spartan Collegiate in Sea Island, Georgia.