After Iowa City homeowners Adam and Gosia Clore were denied the decision of replacing the original wood siding on their 97-year-old home, the city council has decided to assign city staff members to review the historic preservation guidelines to potentially prevent further disputes. 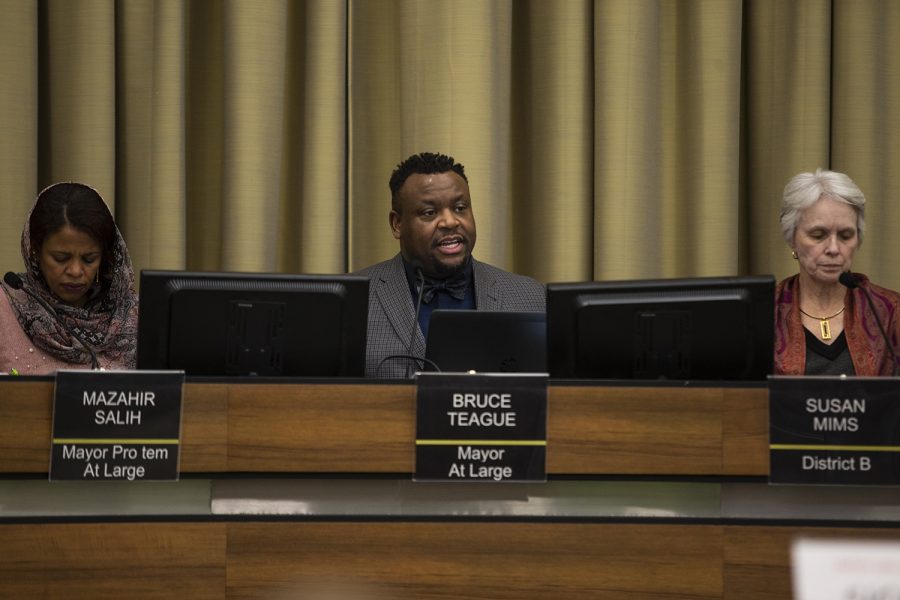 On Tuesday, the Iowa City City Council in a unanimous vote affirmed the decision of the Historic Preservation Commission to deny a ‘certificate of appropriateness’ to replace the original siding at 1133 E. Court Street, located in the Longfellow Historic District, but they noted the historic preservations guidelines may need revisiting.

Iowa City residents Adam and Gosia Clore, owners of the property, appealed this decision of the commission, and shared a short presentation with the city council at the Tuesday meeting, where the homeowners disclosed findings they had regarding the condition of the siding on their house.

The homeowners said the wood siding decorating their house is only partially present, and is lacking a moisture barrier, which provides an explanation for the water damage they currently have evidence of.

The homeowners added that there are holes in the wood siding from insulation and nails, and there is also a lack of traditional trim details on several windows and doors on their property.

The city’s Historic Preservation Commission visited the property, conducted a test to measure the amount of moisture contained in the wood siding, and found only 6 percent moisture. Because of this, the commission labeled the siding in very good condition and easily retainable.

“Both planning staff and our housing rehab staff assessed the condition of the original wood siding and we all agreed that it was in very good condition,” City of Iowa City Senior Planner Anne Russett said during the city council meeting. “Signs of moisture damage were not present and the paint was peeling, but it was not peeling due to moisture issues. Based on the condition of the siding, staff would recommend that the original wood siding be retained as was outlined in the certificate of appropriateness which was approved by the Historic Preservation Commission.”

Adam Clore said during the meeting that he thought the finding made by city staff was incorrect.

“The response from staff is that the siding is in very good condition and could reasonably be retained,” Adam Clore said. “With the moisture content as low as 6 to 7 percent, the wood siding can be scraped and sanded and repainted, and then retaining the materials consistent with the previous decisions that have been made. We believe all four of these points are false.”

Adam Clore said the appeal filed by him and Gosia Clore aims to find a reasonable solution to repair the siding and historically preserve the home in a way that ensures both longevity and safety.

One option presented to the homeowners by the commission was to remove the lead paint and sand down the wood siding, which Clore said violates rules set by the EPA. He said it can now result in a $25,000 fine if not done properly, due to lead being especially toxic.

He added that not completely replacing the siding would be far from technically and economically feasible, as maintaining the current condition of the siding is not reasonable, and material costs have risen 100 percent since this time last year.

Iowa City Historic Preservation Commission Chair Kevin Boyd said the commission prioritizes abiding by the set guidelines they have established, which can sometimes lead to homeowners not receiving their preferred results.

“The commissioners I work with are prepared, thoughtful and very balanced,” Boyd said. “We really try very hard to find solutions for property owners and most are satisfied with the results, but sometimes the wishes of homeowners are in conflict with the guidelines, when things aren’t clear or uncertain and we have to weigh in, we have to fall back to the principles of the guidelines.”

Mayor Pro Tem Mazahir Salih said city staff should review the guideline not allowing homeowners to remove original siding unless approved by the commission, to discuss whether it should be adjusted.

“This is really a difficult situation,” Salih said. “I understand that the commission follows the guideline, but I have to be honest with you, my problem is the guideline itself. I think this guideline needs to be changed.”

Mayor Bruce Teague and several council members said they supported the perspective raised by Salih. Teague said due to his belief in historic preservation, he thinks it is important to review these guidelines and receive community input on the matter.

City council members expressed their apologies to the homeowners for their appeal being denied, with the agenda item ending on the council unanimously voting to affirm the commission’s decision. The city council also assigned city staff to review these guidelines and present recommendations for change where necessary as part of this vote.

City council members said they didn’t have the legal authority to overturn the commission’s decision, as the decision was in line with the guidelines.

“We have to do all this change,” Salih said. “We might need to look at it, so I really encourage you to support these ideas to let the commission look again at the guidelines with the staff, and try to make a change accordingly. And maybe by the spring, if they made a change, these homeowners can come and apply again.”