Daum and Mayflower become the first residence halls in the wastewater testing pilot to detect COVID-19 clusters among students on campus. 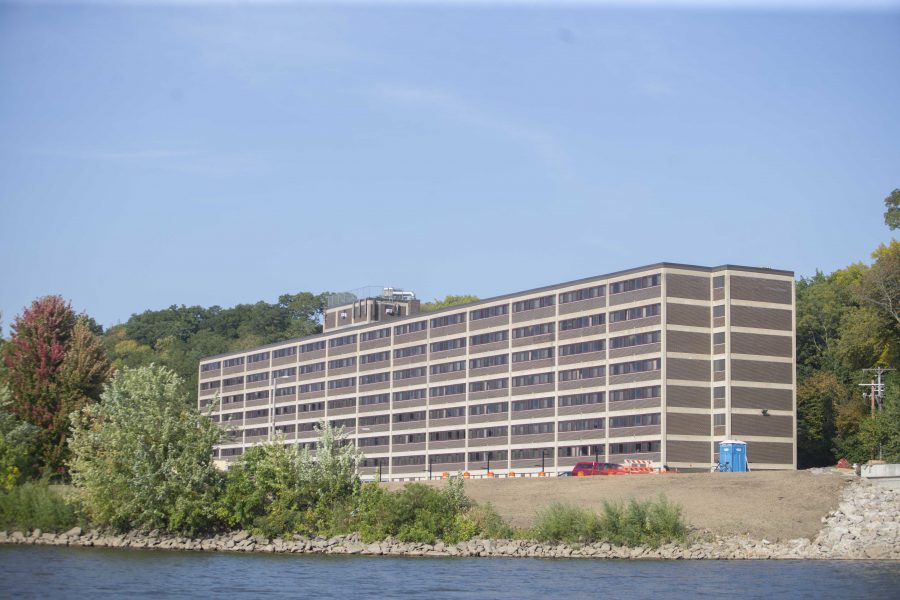 The University of Iowa is beginning its COVID-19 wastewater testing pilot to help identify virus trends on campus.

While the process is very new, the testing program will first focus on residence halls and is intended to serve as a potential early warning sign for detecting COVID-19 clusters among the student population.

“If people are sick, they will shed the virus,” said David Cwiertny, a professor of civil and environmental engineering and director of the UI’s Center for Health Effects and Environmental Contamination.

A lot of communities have monitored sewage to understand if there are people in the community who are sick, Cwiertny said.

The university first announced the new program in a Feb. 3 COVID-19 campus update.

According to NPR, more than 65 U.S. colleges test wastewater in efforts to monitor the spread of the virus.

“Say you are limiting it to a dorm, that is a pretty fixed community,” Cwiertny said. “If you were to start seeing signatures of COVID-19 in the wastewater, you would have a good indication that somebody in the dorm is currently sick.”

If test results indicate an increased presence of the virus in a campus residence hall, a sample of students from the impacted building will be offered the opportunity to test for COVID-19 voluntarily, according to the campus update.

“A lot of people are potentially encouraged by this approach for being an early warning sort of signal,” Cwiertny said. “This gives the opportunity for the university to respond and try to put in mitigation measures to make sure it [does] not spread further.”

UI Campus Health Officer Daniel Fick said studies conducted by other universities show they were able to detect the virus in the wastewater coming out of certain buildings.

“We picked two dormitories to test in the pilot, Daum and Mayflower,” Fick said. “We are able to test the wastewater that is coming out, and then the [State] Hygienic Lab [is] checking and validating the ability to find the virus.”

The pilot is a partnership between UI Facilities Management and Engie North America, Student Health, University Housing and Dining, the College of Public Health, and the State Hygenic Lab, Fick said.

“The whole premise is, will you potentially see a very large spike of virus before students know they are symptomatic?” he said.

Fick said it is important to remember that this is a pilot project, and it’s very early on in its process.

“We are not exactly sure if it will work and if we will find [the virus], but this is as much a research project because then it may be, by the time we get this figured out, the vaccine is plentiful enough that everyone is vaccinated,” he said.

Flick said he thinks it will be several months before the university has a clear idea what is happening.

“The challenge will be, we do not want a big viral outbreak in the dorms, but we will not be able to get very far if we do not have much virus in the dorms,” he said.

The university wants to test this out and that is why it is a pilot, Fick said.

“There have been many campuses around the country that have spent millions of dollars sort of chasing things,” he said

It may be that there is not enough of the virus on campus to figure this out, Fick said, but the university certainly wants to give it a shot.

“It is the techniques at how we do it, how we look at it, and how it can predict the future is what we want to try and understand so we can potentially use this for other viral infections that are most certainly going to happen in the future,” Fick said.