Englert Director Andre Perry named to the NIVA board of directors

The National Independent Venue Association provides support to independent venues nationwide, like the Englert Theatre. At the beginning of the year, Andre Perry was appointed to the board of directors of NIVA to be part of their 2021 initiatives. 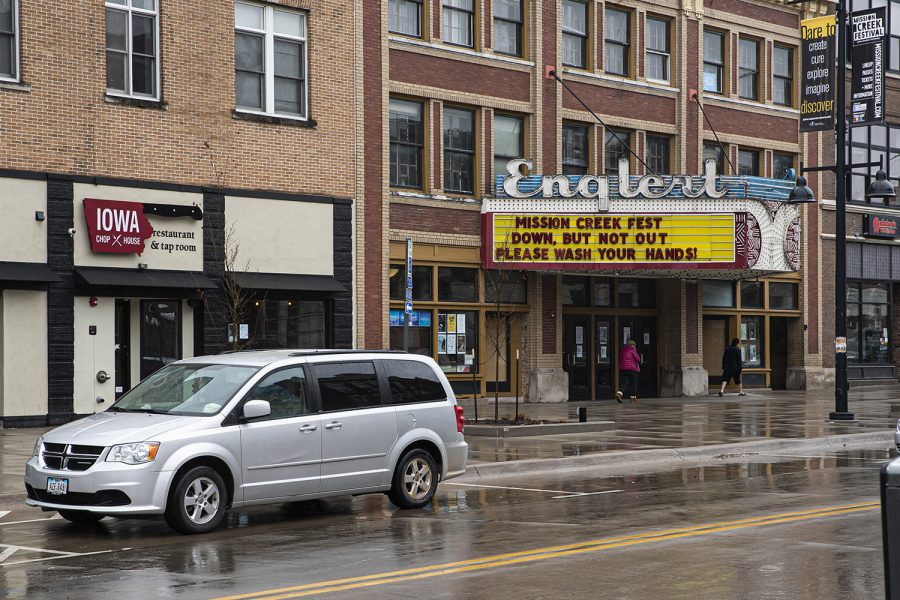 The Englert Theater is seen closed early during the quarantine on Wednesday, March 18th, 2020. Iowa City is under a mass quarantine due to the Coronavirus and is taking precautionary measures to minimize risk of spreading the disease.

Englert Director Andre Perry will now be making waves on the national level with his new position on the board of The National Independent Venue Association.

The National Independent Venue Association is a New York-based association that lobbies state and federal governments for independent venues and organizations part of the association.

“NIVA is there to support an independent venue industry, all of the venues from small clubs to theaters, performing arts centers, that support music and the arts across the country and are independently funded, not multinational conglomerates that do programming across the world,” Perry explained.

After the Save Our Stages campaign passed in the COVID-19 relief bill, the association formed an Implementation Task Force in all 50 states to further their work, now with the Shuttered Venue Operators Grant Program.

The organization is focused on ensuring funding so that these independent venues can bridge through the pandemic, Perry explained. The Englert had been a member of the organization since its launch in 2020.

Perry worked with the committee over the past year and when the board decided to expand at the beginning of 2021, he said members submitted their names for candidacy. The current members voted on the slate of new 2021 members, with Perry being one of them. The board currently conducts their meetings over Zoom.

The current board will undertake a few tasks, such as building out the long-term structure of how the association operates, as well as advising executive directors who work to build up the initial core staff of the organization, Perry said.

“NIVA national has a few aspects to it. It’s there to perpetuate the community of these independent venues, and it’s there as a national advocate for the independent industry,” he said. “I think it’s also really there to advance the structure of the industry. A big part of the work is developing the policies that could be useful for all of the membership to build a safe and inclusive industry overall.”

While the organizations mainly function at the national level, Perry said that there will be a captain for each state.

The captains advise the venues across the state on how best to move forward, Perry explained. Iowa’s captain is Tobi Parks, who runs xBK Live, an arts and music venue in Des Moines.

“The state captains are helping through the pandemic so that there are leaders, folks who are the voices on the ground,” Perry said.

As of right now, the state captain system is semi formal, but the board is moving toward more formality.

Perry’s work mostly consists of Englert programming, but with his new position at NIVA, will shift to furthering the arts and independent venue community on a national level.

“A lot of my day-to-day work is based locally on what we can do to improve the community in Iowa City, but then some of my energy is more on the state level, and then it’s also very helpful to have that conversation on the national level,” Perry said. “I think you should be building the network, the strength, and depth of the conversation by being able to represent locally, regionally, and nationally.”

As the COVID-19 pandemic continues throughout 2021 and venues remain closed, places like the Englert have moved their programming online.

“I don’t know if NIVA has a stance on what organizations should do in this moment. If there is a stance, I think it’s that folks need to do what’s best for them,” Perry said.