University of Iowa’s top diversity, equity, and inclusion role will now have a spot on the president’s cabinet and report to the president and provost. Since 2018, the DEI position has reported exclusively to the provost. 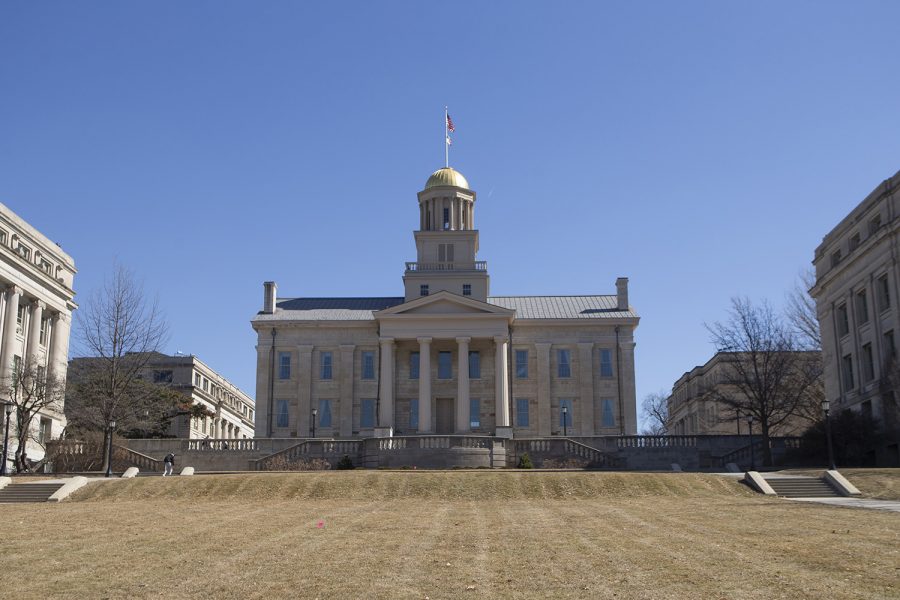 The Old Capitol building is seen on Wednesday, March 4, 2020.

University of Iowa shared-governance leaders say Liz Tovar’s appointment from interim to executive officer for diversity, equity, and inclusion is a “step forward” for the UI in its inclusion initiatives.

Tovar has worked as the interim associate vice president for DEI since August. She has now been appointed to the position permanently and will report to the university president, president’s cabinet, and provost.

As previously reported by The Daily Iowan, the top DEI position at the UI reported to the president until summer 2018, when the position changed to report to the provost.

Undergraduate Student Government President Connor Wooff said he has had a positive experience while working with Tovar.

“She just has such a wealth of knowledge on the University of Iowa and our community,” Wooff said. “She is well connected within our institution and has strong relationships to achieve progress in diversity, equity, and inclusion initiatives.”

According to a release from Iowa Now on Feb. 1, Tovar said she is honored to lead important work and change on campus. In addition to her permanent appointment as the executive officer for diversity, equity, and inclusion, Tovar will also continue to serve as the UI associate athletics director. Tovar has been at the UI since 2013.

UI Faculty Senate President Joseph Yockey wrote in an email to the DI that Faculty Senate officers have had a positive working relationship with Tovar.

“We expect [the relationship] to continue now that she has moved from an interim position into a permanent one,” Yockey said.

The 2020 Faculty and Staff DEI Campus Climate Survey found that 80 percent of faculty, staff, and postdoctoral scholars felt valued at the UI. According to the survey, however, “respondents also reported various equity and inclusion-based concerns related to workplace practices, policies, and culture.”

Professor of Molecular Physiology and Biophysics and former Faculty Senate member Michael Wright said there has not been a focal person to lead different DEI initiatives across campus at the UI until now.

As one of few African American faculty at the UI, Wright said he has seen a lack of synergy across campus regarding DEI efforts in the past.

He said Tovar’s appointment is a step in the right direction.

“I think that really will come to fruition only because she will be at the head of that leading that effort,” Wright said. “I know everyone has turf wars across campus. She could have more leverage to really make things happen.”

Professional and Graduate Student Government President Mackensie Graham said DEI is constantly changing at the UI, which calls for a stable person to lead the UI’s DEI initiatives.

“In the realm of strategies and education or counseling, it’s ever evolving,” Graham said. “So, how we talk about DEI at this point in 2021 is different from how we talked about DEI from when I was an undergrad.”

Wooff said USG is looking to partner with Tovar’s office in every possible way so UI students can thrive and be included.

“It is a big deal for our campus to take that step forward,” Wooff said. “I think it allows us to put diversity, equity, and inclusion at the center of what we do on campus.”