A diverse range of city and university departments will host events and join forces with local Black organizations and individuals in Iowa City to celebrate Black History Month this year. 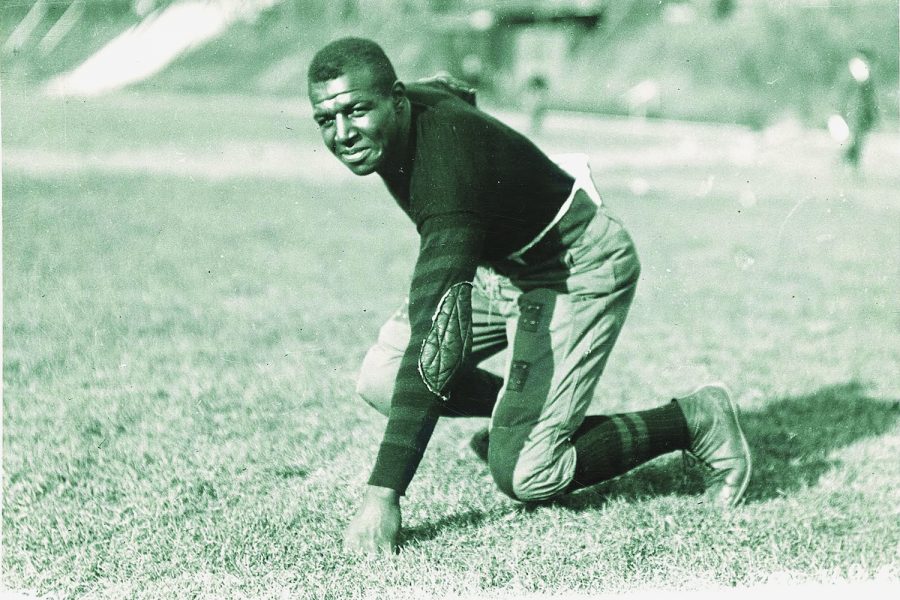 Iowa City’s slate of Black History Month events and celebrations are moving mostly online this year, with the city finding creative ways to celebrate the achievements of Black Iowans and Americans.

Iowa City, in line with national tradition, has designated February as the official Black History Month for many years now, hosting events and collaborating with various local organizations and individuals to appropriately celebrate the month.

The month is celebrated in February because two birthdays of individuals key to ending slavery in the U.S. — Frederick Douglass and Abraham Lincoln — fall during the month.

Mayor Bruce Teague said all but one event will be hosted virtually, to ensure the health and safety of community members while they celebrate Black history. At the UI, a variety of events, including two virtual events on Thursday — a Teach In with the University of Iowa Libraries and a virtual Career Day where listeners can hear from Black professionals and entrepreneurs.

As he has done in years past, Teague signed an official declaration making February Black History Month, which was presented at an Iowa City City Council meeting Tuesday night.

Teague said he thinks it is important for individuals to learn about and discuss Black history year-round.

“I would encourage everyone to be intentional at learning about Black history and also supporting Black businesses within our community,” Teague said.

With the various events hosted in part by the city, Teague said he hopes people will engage and learn something new about Black history, as well as celebrate Black community members who are currently making history in Iowa City.

Iowa City Office of Equity and Human Rights Director Stefanie Bowers wrote in an email to The Daily Iowan that the events being hosted to celebrate Black History Month this year are being hosted by a wide variety of city departments, including the Iowa City Public Library, Parks and Recreation, the Senior Center, the Office of Equity and Human Rights, and the Climate Action and Outreach Division.

“We have a lot of variety in our programming this year that recognizes and celebrates Black History Month,” Bowers wrote. “City Departments that will be offering events, activities, and programs. Like in the past we have collaborated with the African American Museum of Iowa to host several virtual presentations on Black History most that are specifically on Black History here in the state of Iowa. We have also been able to collaborate with Black owned organizations.”

There will be several virtual presentations and video series hosted via Zoom on topics such as Black history in Iowa City and across the state of Iowa, the history of many famous Black athletes, and the relationship between climate action and communities of color.

Bowers wrote that a new collaboration taking place this year to celebrate Black History Month is one between Iowa City and the Friends of Historic Preservation.

“We also for the first time will be doing a video series on Black History here in Iowa City that discusses three historic landmarks: the Iowa Federation Home, Tate Arms, and the Bethel AME Church,” Bowers wrote.

Harrington said the film is about Jackie Robinson and how he broke barriers within the world of sports while also addressing social and racial justice in athletics.

Harrington added that the panel discussion will include local high school and collegiate athletes who will share their perspective on race in athletics.

She said she hopes this event will encourage community members to recognize the relationship between racial and social justice in athletics, and that it is important to have increased conversations on this matter.

“I think the underlying idea with this is to show that no matter what area you are in, you have an opportunity to speak up and to speak out about injustices that’s happening and that’s impacting you,” Harrington said. “We know sports is kind of a universal thing, most people enjoy some kind of sport or recreational opportunities, and when it comes to talking about social justice or equity or inclusion, sometimes that can be stifled because people look at it as political and they don’t want to get into that they just want to play the game, but they don’t always understand how it impacts people.”