Taylor, an active member of her school and the Iowa City community, will add “researcher” this year to her growing list of endeavors. 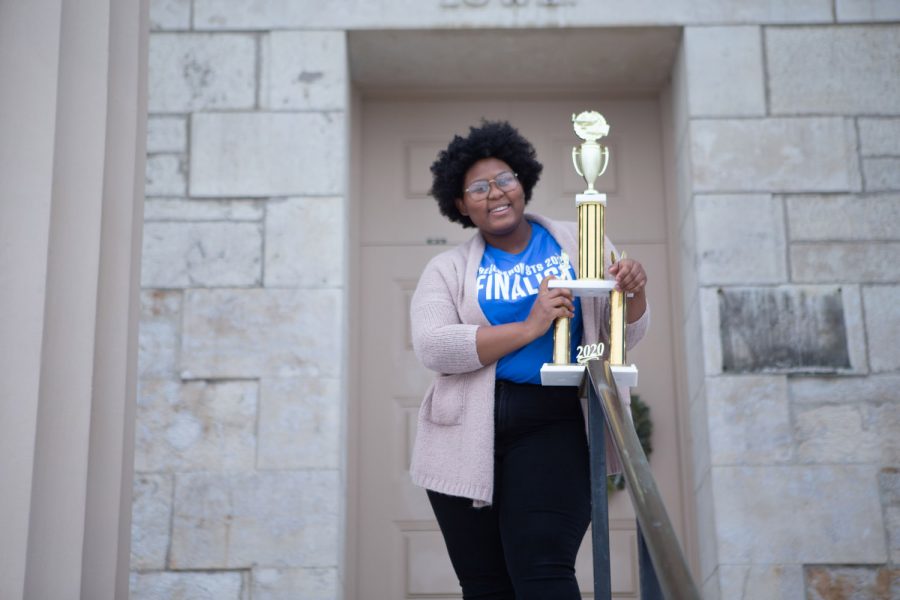 As a top-40 finalist in the National Regeneron Science Talent Search, Iowa City West senior Dasia Taylor said before her junior year, her only other experience participating in a science fair was during early elementary school.

“Well, I had an experience. If you count the first-grade science fair,” Taylor said. “We had to come up with a project, and I chose M&M’s and the probability of which color would be in the bag.”

During her time in high school, Taylor has accumulated many achievements, including presenting at Harvard to discuss racial equity and becoming involved in numerous committees throughout Iowa City. Most recently, Taylor was awarded a $25,000 scholarship as a top-40 finalist among 1,760 other entrants in Regeneron’s Science Talent Search.

Taylor entered the science scene when her AP Chemistry teacher, Carolyn Walling, told her class about an opportunity to participate in science fairs across the state.

“Dasia jumped right on the idea. She was super excited about it,” Walling said. “Every time I meet with a student that wants to do a science fair, I hope they’ll say something I’ll know a lot about so I can be of greater assistance. But Dasia said surgery, and I thought, ‘How in the world am I going to help her?'”

Walling provided Taylor with different articles to guide her search for a surgery-related project. After reading one of the articles and completing internet research, Taylor said she realized what type of project she wanted to pursue.

“In the articles I read, so much technology was used to figure out the basic principles of wound healing,” Taylor said. “The equity part of me knew that those who are disproportionately dying because of surgical site infections wouldn’t be able to afford sutures with electrical currents.”

Taylor used the information she learned about skin and wound acidity to create surgical sutures that change colors when exposed to a beet indicator, revealing a difference in pH levels.

Infected wounds rise to a higher pH, which can be identified by the color change produced.

Taylor said she is planning on patenting her project so that she can help people across the world with limited access to medical services.

She won the Junior Science and Humanities Seminar and placed second at the State Science and Technology Fair of Iowa. At the Eastern Iowa Science and Engineering Fair, Taylor took home multiple awards and most notably qualified for the International Science Fair, sponsored by Regeneron.

After earning a finalist position at the International Science Fair, which was later canceled because of COVID-19, Taylor entered her project into the Regeneron Science Talent Search competition.

Since securing a position as a top-40 finalist, Taylor is preparing for the competition’s second phase. The top prize is a $250,000 scholarship.

After Walling moved into a district position, Taylor turned to AP Chemistry Teacher Michelle Wikner to use her lab space and receive additional guidance.

“What she’s trying to do now is make some improvements based on feedback from last year’s competitions,” Wikner said. “Dasia has the confidence to take risks. She understands that in order to have a good idea, you actually need lots and lots of ideas, and she’s not afraid to be bold and put something out there.”

While pouring many hours into her research for the Regeneron Science Talent Search and remaining active in other extracurriculars, Taylor said she is realizing the importance of rest.

“I’m learning how to sleep,” she said. “I’m learning to take naps when I’m tired, and that has never really happened before.”

Taylor said what sustains her most is the ability to change the lives of others.

“Knowing that what I’m doing will not only help me, but also helps the community at large, is enough to keep me going,” she said.