Opinion | Trans kids are under attack

In the Iowa State House and Senate, there are various filings that would severely harm the mental and physical well-being of transgender youth. 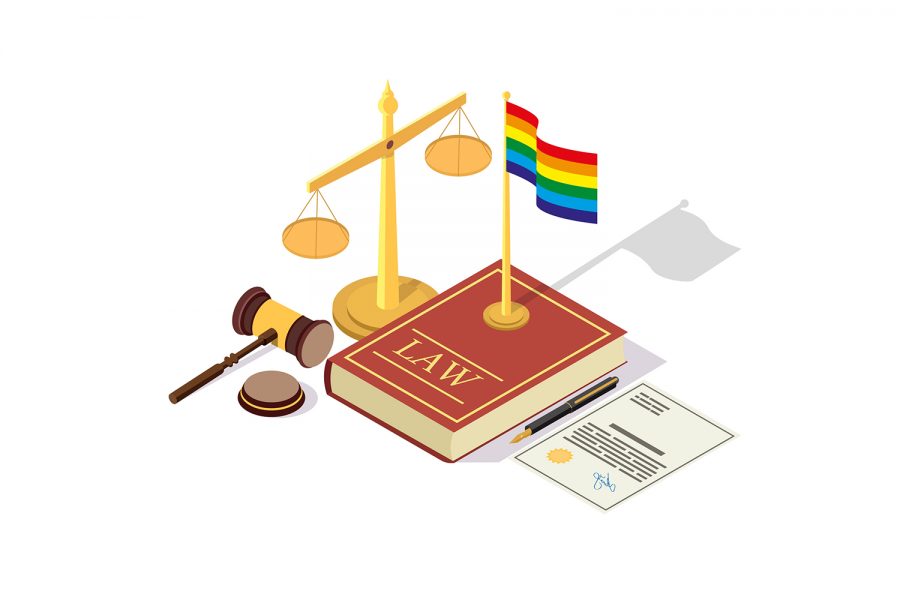 I’ve written before on the topic of legal battles regarding transgender people, but now that fight is coming directly to the state of Iowa, as opposed to the U.S. Supreme Court. In this moment, there are proposed bills in the Iowa Senate and House that would, without a doubt, harm every transgender youth in our state.

The current filings are as follows:

House File 187 would allow schools to deny transgender people the right to use the bathroom, locker space, and living facilities associated with their gender — something that has been commonplace for decades. Instead, they would have to use the facilities of their assigned gender at birth.

House File 184 denies the right for transgender athletes to compete in sports competitions of their gender. Instead, they must participate in the field of their assigned gender at birth.

Senate File 80 would force any school that has a student request different pronoun usage to inform the student’s parents or guardians of the decision, outing the child without their consent.

Senate File 167 would deny any elementary school the right to instruct and educate students about gender identity by not having it in the curriculum.

HF187 is an incredibly reductive and discriminatory piece of legislation because it is a known fact that allowing transgender people the right to use the facilities of their gender does not increase the risk of sexual assault, harassment, or any other form of illegal activity.

However, statistics do show that transgender people are more likely to be assaulted and verbally harassed in restrooms. By implementing this policy, Iowa would only worsen the discrimination that transgender youth already face.

SF80 could irrevocably damage a transgender youth’s life. By being forcibly outed to parents that are not supportive, SF80 would only contribute to the already concerningly-high number of homeless transgender youth — who are homeless as a direct result of being kicked out of their home.

Services meant to help homeless youth are also liable to discriminate against transgender kids, misgendering them and denying assistance based on their assigned gender at birth.

SF167 is just another way to prevent children from learning about how they may differ from societal norms. By denying an education on gender identity, these schools prevent kids from garnering an understanding of who they really are. We already teach kids about puberty and sex (albeit in an abstract way), so why would we not also teach them about gender? To a young trans kid, that information could mean the difference between self-hatred and loathing for a decade or being able to understand who they are.

Kids already have an understanding of their gender identity by the time they’re four years old — it’s not as though understanding what it means to be transgender is too complex for them.

And lastly, HF184. It’s bad. According to a meta-analysis conducted by Sports Medicine in Auckland, New Zealand, trans people do not have inherent advantages over their cisgender counterparts. Banning transgender kids from participating in their gender’s sports is just discriminatory.

These are all just legislative attempts at kicking a minority down while attempting to play up the old, tired cliche of “think about the children,” while ignoring the very material harm done to trans and other LGBTQ kids.

While I’m not one for calls to action, this can quite literally be a life-or-death decision for the trans kids of Iowa. Please, email our representatives on the Senate Education Committee and tell them to throw out these pieces of discriminatory refuse.