Iowa Senate and House Republicans delivered on Gov. Kim Reynolds’ goal to get students back in school full time. 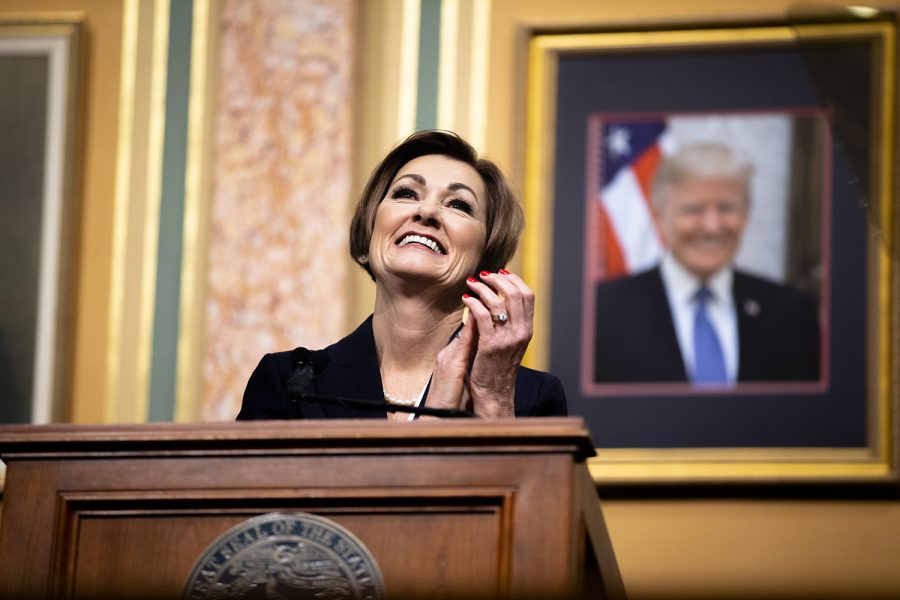 The bill was introduced by state Sen. Amy Sinclair, R-Allerton, on Jan. 20 and passed the Senate 29-18 on Thursday. The House passed the bill 59-39 after a similar House bill was substituted.

Reynolds identified moving students back into schools full time as a priority during her Condition of the State address. Republican leadership also voiced support for this measure upon the opening of the session, saying that improving children’s mental health was dependent on getting them back in school.

Under this law, public school districts and accredited non-public schools must provide parents and guardians with a fully in-person instruction option. The bill has been enacted immediately and ends June 30, 2021. Iowa schools have until Feb. 15 to begin offering an in-person option.

Districts and buildings will still have the option to apply for a waiver to move instruction online based on data related to the number of teachers quarantined due to COVID-19 exposure and scarcity of substitutes, food service workers and bus drivers, among other statistics.

Over the summer, Reynolds required that schools provide at least half of their core classes in-person.

The Iowa City Community School District chose to delay the start of the school last fall until Sept. 8 and was approved for a waiver to conduct all classes online for the first two weeks of school.  The district was offering hybrid and completely virtual instruction, but several times this school year moved to 100 percent online learning because of COVID-19 positivity numbers.

Now under this law, ICCSD will be required to provide a fully in-person instruction option. State Rep. Mary Mascher, D-Iowa City, said she was disappointed that the bill was fast tracked before more teachers and staff could be vaccinated.

School staff are in tier one of Iowa’s vaccine Phase 1B, which will open up on Feb. 1. Iowa’s Department of Public Health noted that while more people will become eligible for the vaccine, it is still in short supply.

Mascher added that most schools already allow students to attend 100 percent in person, but for larger districts like ICCSD, bringing more students into the classroom makes it harder to abide by CDC guidelines.

“It’s the larger districts that really are impacted by this bill, and the problem that we have with our larger districts is they just don’t have the space in the classrooms to social distance the students,” she said.

Iowa City School Board Member Lisa Williams told The Daily Iowan on Jan. 11 that the Legislature’s push for in-person learning “is another example of the Legislature continuing to erode the concept of local control,” which she said is “odd coming from the Republican-controlled Legislature.”

This legislation just passed the Iowa House and Senate, and I look forward to signing it into law. pic.twitter.com/CLlGNOI9Aw

State Sen. Herman Quirmbach, the ranking Democrat on the state Senate Education Committee, said in a subcommittee hearing for the bill on Monday that the state’s infection rate, potential new strains of the virus, and the fact that a vaccine hasn’t been approved for children under 16 meant that it was the wrong time to pass this bill.

Instead, he voiced his support for President Joe Biden’s plans to open public schools more gradually, saying that option takes the cost of mitigation efforts into consideration, such as PPE, ventilation, and social distancing efforts.

“I think it’s time for us to just not rush back into this. Let’s not squander the gains that we have made through such tremendous sacrifices,” Quirmbach said. “And I think that we want to maintain local control here. [It’s] not the right time for the heavy hand of the state to be handing down an unfunded mandate, which is what this is.”

In that same meeting state Sen. Tim Goodwin, R-Burlington, said that when he was knocking on doors for his campaign over the summer, his constituents told him that getting kids back in in-person school was a priority of theirs.

Eli Perencevich, an infectious disease physician, epidemiologist, and parent of children attending public schools in Iowa City, spoke at the Jan. 25 subcommittee meeting and said he was not in favor of sending kids back to school full time. He said the issue should be readdressed after more teachers and staff members are vaccinated.

Rep. Garret Gobble R-Ankeny was working as a teacher in Ankeny before he took a long term leave of absence to serve in the legislature. In the spring he taught virtually and in the fall he taught a virtual section and hybrid students. He said during his campaign, he heard his constituents’ concerns about students falling behind, childcare, and how being out of school impacted kids’ mental health.

Sen. Sarah Trone Garriott D-Windsor Heights, proposed an amendment that the bill only apply to schools and districts complying with CDC guidelines to prevent the spread of COVID-19 such as mask wearing, disinfection, and physical distancing. The amendment didn’t pass.

Gobble said the state has been responding to PPE requests and that most schools are complying with CDC guidelines. The main goal of the bill, he said, was to establish an in-person learning option across the state, but intervening at the local level on the issue of COVID-19 mitigation was not part of the legislation.

“Our purpose wasn’t to get into the weeds on this as most of our schools are already applying this option, but we just wanted to make sure that it was standard for the state that kids should have this option to be in person every day.”