Iowa has the money to help the University of Iowa and its hospital network — we need to start using it. 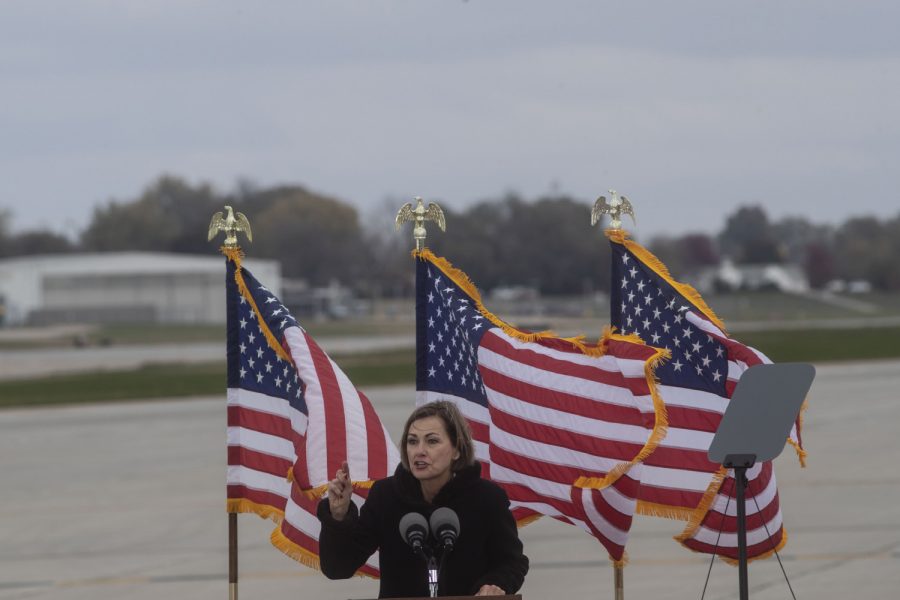 Iowa has saved nearly a billion dollars in a rainy-day fund. Yet, Iowa Republicans have continued to underfund critical services in fighting the pandemic, including Iowa’s public universities.

The latest example is a state budget proposal for 2021. It doesn’t come as a shock based on Iowa Gov. Kim Reynolds’ decisions from last year. Reynolds — and Iowa Republicans’ — insistence to direct these funds to tax cuts that disproportionately benefit the wealthy and to school vouchers is unacceptable when Iowans need it the most.

Part of the governor’s proposal underfunds the state Board of Regents’ request for public universities by $11 million.

This underfunding sadly doesn’t come as a surprise because the state budget has doubled over the last two decades, but support for higher education has declined by a net of $8 million.

Public universities have already felt the drastic effects of budget cuts. When the UI faced an $8 million budget cut back in June, the UI College of Liberal Arts had to lay off 15 instructional-track faculty. While they were able to rehire five of the 15 lecturers later on, we can’t ignore the fact that the UI has already lost resources to provide a top-tier education.

With a lack of state funding and decrease in enrollment, UI President Bruce Harreld has encouraged a return to the tuition model with regular increases starting in fall of 2021.

An increase in tuition is the last thing that the UI needs right now.

But it might be the only choice if Reynolds continues to underfund their requests. The tuition increase because of underfunding is not just going to drive away potential students but will also drive out current students.

Around 56 percent of college students claim that they can no longer afford college tuition because of COVID-19. Students are drowning with their current expenses and adding a higher U-bill next fall is going to add to the burden.

If the UI has to depend on tuition increases because of the lack of government funding, the institution is going to become an unaffordable option for more students and contribute to the decrease in enrollment.

Reynolds’ poor budgeting decisions have not only affected UI students and faculty — they have also impacted UI Hospitals and Clinics.

Recently, the UIHC union asked the state Board of Regents for a 5 percent raise per year in their two-year contract with the state on Jan. 13.

Workers are frustrated that the hospital had to furlough workers during the COVID-19 pandemic when Reynolds could have used the 2020 state budget surplus and near billion dollar rainy-day fund to prevent pay cuts and furloughs.

Because of these furloughs, current workers have experienced constant fatigue from high workloads and unimaginable levels of emotional stress from watching some of their patients take their last breath.

Why do we think that words of praise and gratitude are enough? Iowa has plenty in the rainy-day fund, and hospital workers have been living through a storm since last March.

Iowa can stop the additional burdens being added to the already aching backs of our health-care heroes. So why are we letting them continue to struggle?

The UI and UIHC have already suffered enough with previous budget cuts. We can’t refuse to adequately fund our higher education institutions and hospitals that are suffering when Iowa has the money to do it.

I don’t know if Reynolds is waiting for an actual rainy day to use these funds, but there are no excuses for underfunding the UI and UIHC as they provide critical care and research (think COVID-19 vaccine) for Iowans during a deadly pandemic.