Congresswoman Mariannette Miller-Meeks, who won her congressional seat by six votes, sent a motion to the House of Representatives on Thursday, asking them to throw out a notice of contest her Democratic opponent, Rita Hart, submitted. 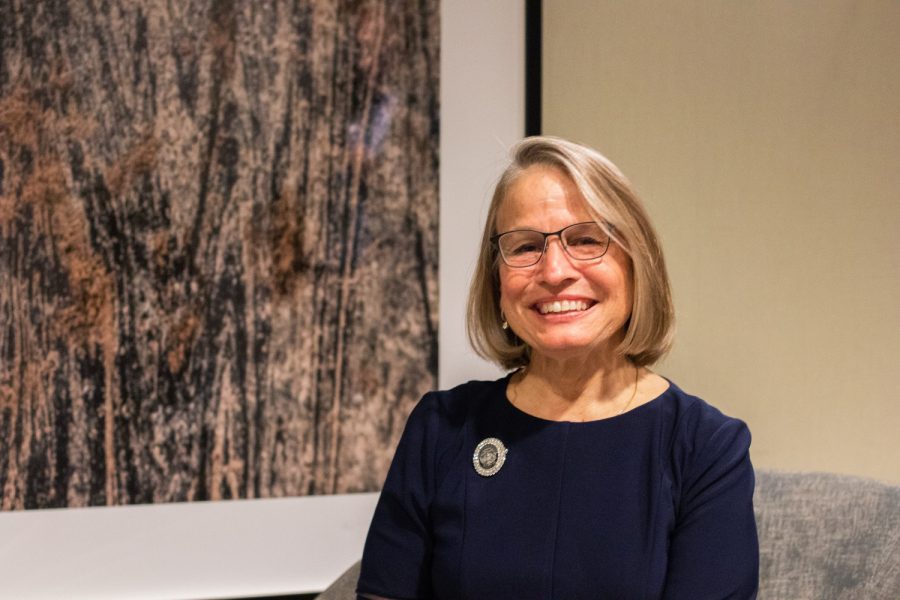 In a complaint filed Thursday, Miller-Meeks says that Hart should have brought these concerns to Iowa courts, rather than the U.S. House of Representatives, where Democrats have a majority.

Miller-Meeks was not one of the Republicans who voted against the certification of Joe Biden’s victory in the presidential election, and just as she said Congress shouldn’t choose the president, she doesn’t believe Congress should choose who holds the seat.

“Just as I did not feel it was my job as a congresswoman to choose a state’s electors or to choose a president, it is not the job of Congress to choose Iowa’s elected representative either,” Miller-Meeks told The Daily Iowan on Jan. 19. “It’s up to the voters. Our law says that you win the election if you have 50 percent plus one. I have 50 percent plus six. That’s a narrow margin, certainly, but nonetheless, that’s what our law is. If people want to change the rules after the election, I don’t think that’s fair.”

Hart, the Democratic candidate for the seat, filed the notice of contest late last month and is asking that ballots that were not counted in the state certified results in November be considered.

Miller-Meeks won the race with a six-vote margin, making it the tightest congressional race in the country. The contest alleges that at least 22 lawful ballots, 18 cast for Hart, three for Miller-Meeks, and one that did not include a vote for either candidate, were wrongfully excluded from the count due to errors by election officials. It also claims the recount did not comply with Iowa law and the constitution because recounts were not uniform across the counties.

In a statement sent out on Thursday, the Hart campaign claimed Miller-Meeks was “disenfranchising” the 22 voters they identified by telling the House to dismiss her contest.

“As I have said from the beginning of this entire process, nothing is more important than ensuring every Iowan has their vote counted,” Hart said in the statement. “But at this moment we know twenty-two voters in Iowa’s Second Congressional District still have not had their legally-cast votes counted and thousands of other voters have not had their ballots examined, which is why I filed a contest in the House to ensure these voters are not left disenfranchised.”

In the motion she sent to the House on Thursday, Miller-Meeks claimed that Hart’s actions will lead to the losing candidates of future races holding contests whenever the election is close and their party has the majority in Congress.

“All legal ballots were counted, and I firmly believe that all legal ballots should be counted,” Miller-Meeks told the DI. “I’m not going to discuss each one of the individual 22 ballots that [Hart] is talking about.”

The Hart campaign said in early December that the reason they did not contest the election results in the Iowa Courts is because under Iowa code, a legal challenge would have had to been resolved by Dec. 8. Contesting the results in Congress allows more time for the ballots to be reviewed.

The Hart campaign requested a recount across the 2nd District on Nov. 13, 2020 when Miller-Meeks had a 47 vote lead. Before the recount process began, the Hart campaign was aware that the recount method could vary in different counties. Each of the counties in the district established its own Recount Board, which was responsible for determining how each recount is conducted.

According to Iowa law, ballots that were initially excluded cannot be counted in a recount, which is why the 22 ballots were not included.

U.S. Rep. Ashley Hinson, a fellow Iowa Republican and House freshman, is also opposed to Hart’s contest of the election.

“I have been very vocal because our voters and our states decide elections and those states certify those elections. Mariannette Miller-Meeks won the 2nd Congressional District race and Rita Hart, instead of going through the courts and pursuing that action, chose to undercut the will of the voters and I think that’s wrong,” Hinson told the DI on Jan. 21.

The Iowa Democratic Party filed an ethics complaint against Hinson for using her social media accounts to lobby against Hart’s contest. The press release from IDP staff said Hinson has violated federal code and the House of Representatives Ethics manual, saying these posts were a misuse of official government resources.

Hinson told The DI she found the complaint invalid.

The U.S. House Administration Committee will review both Miller-Meeks’ and Hart’s motions and make a recommendation to the House.