The projects, slated over the next five years, will include street improvements, new department facilities, and new playground equipment in the Pedestrian Mall. 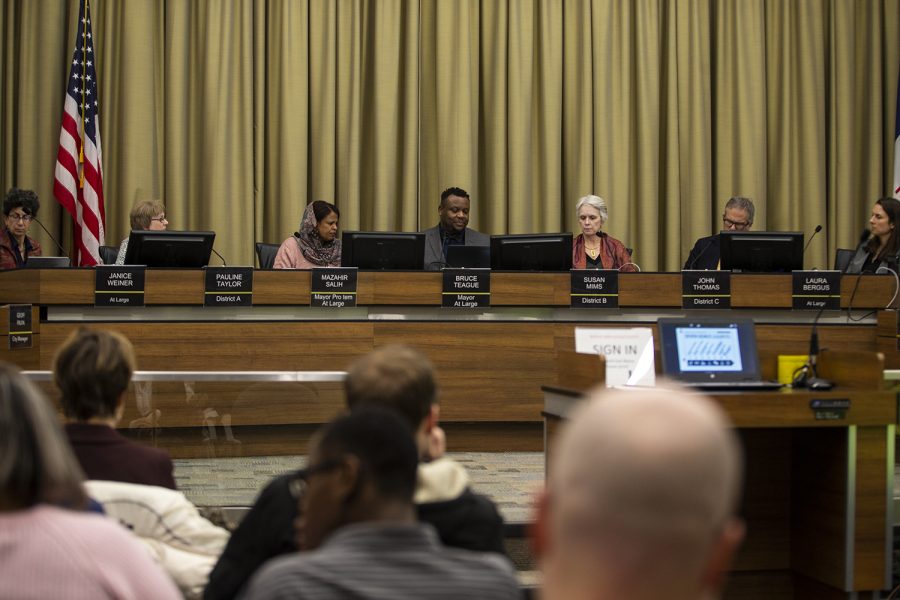 Iowa City will conduct a variety of projects over the next five years, part of its five-year capital improvement plan which was introduced alongside the 2022 budget.

The plan includes $184.3 million in capital improvement projects across the city, including projects within most city departments.

The next-largest category is wastewater treatment, which makes up 18 percent of the improvement plan.

Transit operations projects, which make up about 13 percent of the proposed projects, include a new transit maintenance facility, costing $20 million, with the bulk of construction happening in 2023.

Iowa City Transportation Director Darian Nagle-Gamm said during the work session that the new facility would be able to house more buses. The city has no room to expand its bus fleet because of the current facility’s size, she said.

“We have a bus that sleeps in our bus wash every night, which might be the equivalent of sleeping in a bathtub because you don’t have enough bedrooms,” Nagle-Gamm said.

The facility would also include infrastructure for electric and alternative fuel vehicles, which Nagle-Gamm said the transportation department is planning to incorporate in the future.

More than $14 million are slated to be devoted to parks maintenance, including $5.3 million for recreational and bike trail development. Parks and Recreation Director Juli Seydell Johnson said the department also plans to replace the playground equipment on the Pedestrian Mall this year, as the current equipment has become too difficult to maintain.

“We’ll be doing a process with the library staff, the downtown association, and other stakeholders in that area to come up with something really unique and attractive for the ped mall,” Seydell Johnson said.

The plan also includes a project, under the parks department, to replace the Iowa City Park Pool by 2025, which will cost $6 million.

The fire department would see $4.5 million over the next five years, mostly devoted to vehicle and equipment replacement. The plan includes $233,500 for the police department, including money for a digital photo evidence manager and a generator for the Iowa City animal shelter.

The city council will discuss the 2022 proposed budget during an all-day work session on Jan. 9, and will vote on the budget at a future meeting.