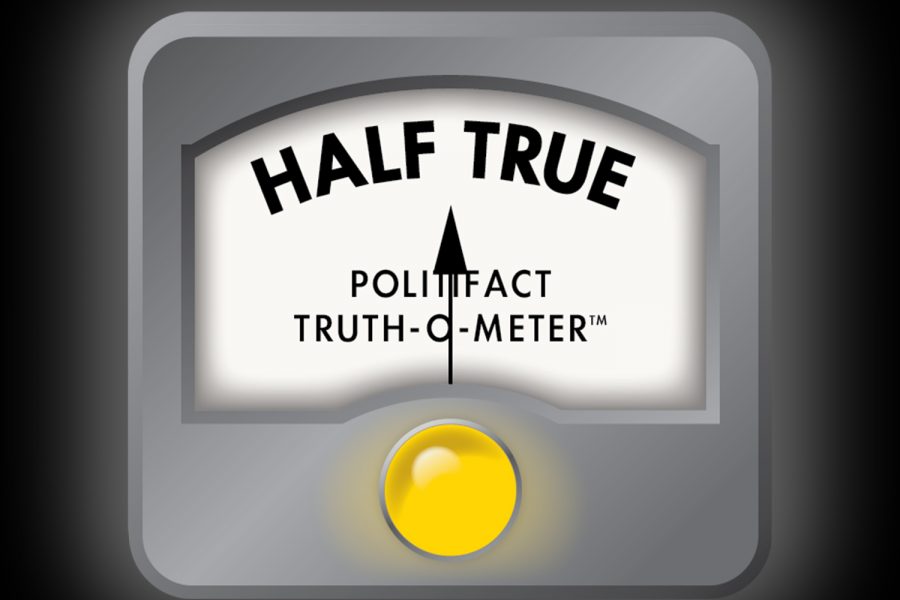 Iowa Republican Party Chairman Jeff Kaufmann wrote on Twitter that Mike Bloomberg and Fred Hubbell wasted millions on Iowa legislative races this year.
Hubbell and a political action committee he established spent a substantial amount on Democratic candidates but Bloomberg did not donate any money to Iowa candidates or organizations in 2020.
Some of the candidates Hubbell supported were defeated by their Republican opponents by large margins, but others won or lost by just a few hundred votes.

Post-election hand-wringing is well underway among Democrats and Republicans, with Democrats asking themselves why their performance in this year’s general election in Iowa was so disappointing when they commanded a significant fundraising advantage over Republicans.

That trend proved true in Iowa’s state and local races as well. Iowa Republicans flipped seven Iowa House seats and maintained control of all their Senate seats, even though the Iowa Democratic Party outraised the Republican Party of Iowa by almost $3 million.

Iowa Republican Party Chairman Jeff Kaufmann made note of that when he tweeted on Nov. 27 that “Sir Frederick Hubbell literally blew 100s of thousands of dollars on #ialegis races where there were plenty of reasons to believe the GOP would win, but he had an ax to grind with the family or candidate.”

Sir Frederick Hubbell literally blew 100s of thousands of dollars on #ialegis races where there were plenty of reasons to believe the GOP would win, but he had an ax to grind with the family or candidate. Hubbell’s rather infantile anger certainly got in the way of common sense.

It was a reference to Fred Hubbell, a wealthy Des Moines businessman who is a significant Democratic Party donor and the party’s 2018 candidate for Iowa governor.

“Millions of Hubbell and Bloomberg dollars wasn’t enough to overcome the Iowa House Republican avalanche of success. Sir Frederick and Little Mike have the political skills of President Millard Fillmore.”

The White House biography of Millard Fillmore describes the nation’s 13th president as an “uninspiring man.”

We looked at whether Hubbell and Bloomberg really spent millions so ineffectually during the general election.

Bloomberg, the billionaire former Mayor of New York who ran for president unsuccessfully this year, is known as a Democratic fundraising giant and has donated to Iowa campaigns in the past. He donated $250,000 to Hubbell’s 2018 gubernatorial campaign and another $250,000 to the Iowa Democratic Party that same year, campaign reports show.

This year, however, Bloomberg did not donate money to Iowa’s state legislative candidates or the party, according to data from the Iowa Elections and Campaign Disclosure Board, so spending by him could not have been thwarted by Republican House success in the election.

Hubbell is a different story. The former gubernatorial candidate who lost to Republican Kim Reynolds in 2018, Hubbell continued to be a regular Democratic Party donor in 2020.

Hubbell has donated $156,450 to Iowa Democratic candidates for the Legislature and Democratic organizations since Jan. 1, financial disclosure reports examined at the beginning of December showed. Hubbell’s wife, Charlotte Hubbell, donated $5,350, and combined, the two have donated $164,300.

While individual contributions to campaigns are important, political action committees (PACs) are another aspect of campaign finance. Because PACs are not as tightly regulated as campaign committees, it’s difficult sometimes to know where that money comes from or what is done with it. But, we know that the Better Democracy PAC, which Fred and Charlotte Hubbell founded in 2019 with the goal of flipping the Iowa House, donated $1,150,864 to Iowa House candidates, the Democratic Party and party funds such as ActBlue and Path to Victory.

It’s fair to say that Fred Hubbell spent thousands of dollars in this election cycle. Judging whether or not that money was put to good use is a subjective call.

Neither Hubbell nor the Better Democracy PAC could be reached for comment when PolitiFact tried to contact them.

Other races were more tightly contested, though, with some being decided by just a few hundred votes.

We tried to reach Kaufmann for comment for this story several times but did not hear back from him. 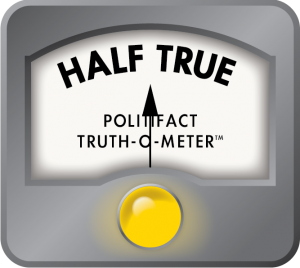 Hubbell, on the other hand, donated to Iowa legislative candidates, both personally and through the Better Democracy PAC. While the motivation behind Hubbell’s spending is unclear, it’s true that several of the candidates Hubbell supported were defeated handily by Republicans, a point Kaufmann can make in his argument about Hubbell. However, other Democratic legislative candidates Hubbell supported financially won or lost by just a few hundred votes, indicating some of those races were competitive.

We’re splitting the difference here with the claims about Bloomberg’s spending false and Hubbell’s spending true, for a rating for the tweet of Half True.

Data from the Iowa Elections and Campaign Disclosure Board

Data from the Federal Elections Commission

Data from the Iowa Secretary of State