The Big Ten canceled its fall sports seasons, forcing golfers to play tournaments as individuals, preparing some of them for what might lie ahead. 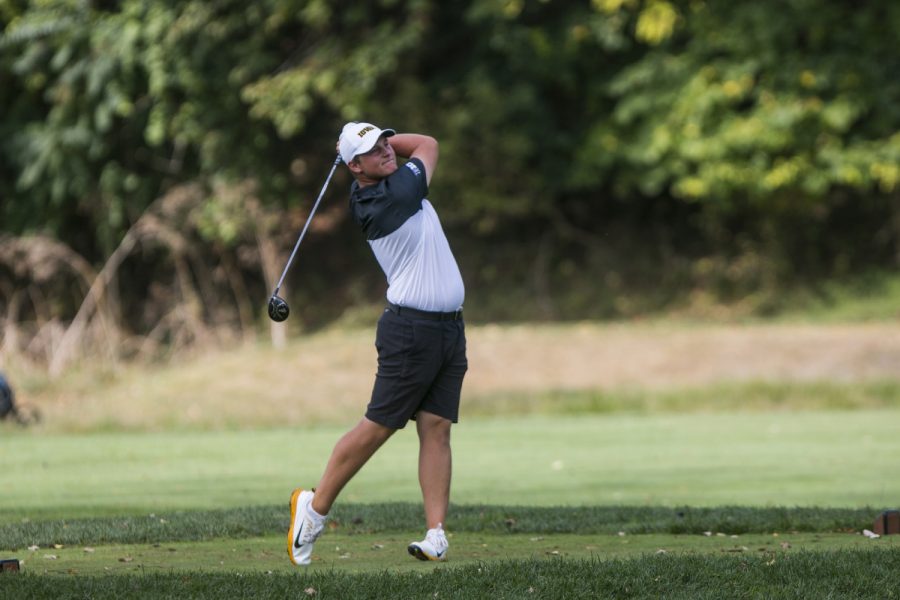 Iowa's Alex Schaake drives during a tournament at the Donald Ross Course at the Cedar Rapids Country Club in Cedar Rapids on Tuesday, Sept. 19, 2017.

For many, the first level of professional golf includes mini-tours and state opens. That’s what Iowa seniors Charles Jahn and Alex Schaake may have waiting for them after college.

But Jahn and Schaake, along with the rest of the Hawkeye men’s golf team, got a test drive of the nomadic lifestyle lived by high level professional golfers this fall.

“What I’m doing right now and what we’re all doing as a team, it’s basically mini-tour life,” Schaake said after the Golf Club of Georgia Amateur Invitational in October. “Those guys drive what I just drove, up to 12 hours to go to tournaments because they’ve got to save money. A lot of the time, they try and find places to stay so they don’t have to spend money on hotels and stuff like that.”

“Mini-tour life is way different than what people think,” Schaake said. “Saving money is huge because there’s not a lot of money in golf at the lower stages. What I’m doing now is definitely preparing me for that. I don’t think it’s going to be too bad when I start playing mini-tour stuff.”

In a normal Big Ten fall season, where Iowa would compete as a team, UI Athletics would pay for team transportation, food, lodging, and tournament fees.

On the mini tours, a player must be cognizant of their finances because they are responsible for paying all of their lodging, dining, and travel expenses, and tournament fees. If a player doesn’t make the normal two-round cut, they do not make any money for the week, netting a loss of their own money.

Jahn viewed the fall schedule as an extension of his summer slate of tournaments, where he played some of his best golf. In the summer months of 2020, Jahn won the Iowa Masters and the PGA Tour’s pre-qualifying tournament for the 3M Open.

After he completes his final year of colligate eligibility at Iowa after transferring in from Bradley, Jahn plans to start his professional career this summer by playing in state opens, pre-qualifiers, and Monday qualifiers for both the Korn Ferry and PGA tours. By next fall, Jahn wants to progress to Korn Ferry Tour qualifying school.

Schaake has already qualified for two Korn Ferry Tour events in his amateur career, including an appearance at the Pinnacle Bank Championship. With the success he’s had early in his career, Schaake aims to rise through professional golf’s ranks rapidly.

“If I can get on the PGA Tour after my first mini-tour event, I’m going to do it because this is no fun,” Schaake said on Oct. 26. “Driving 12 hours to Atlanta was not any fun at all. [After college] I’m going to be doing it by myself probably all the time instead of having a teammate here. That can probably get kind of lonely. So, to be able to get some money really early on in my career would be nice.”