FilmScene is one of over 30 movie theaters in the United States selected as a satellite theater for Sundance Film Festival. The festival will take place from Jan. 28 to Feb. 3, 2021. 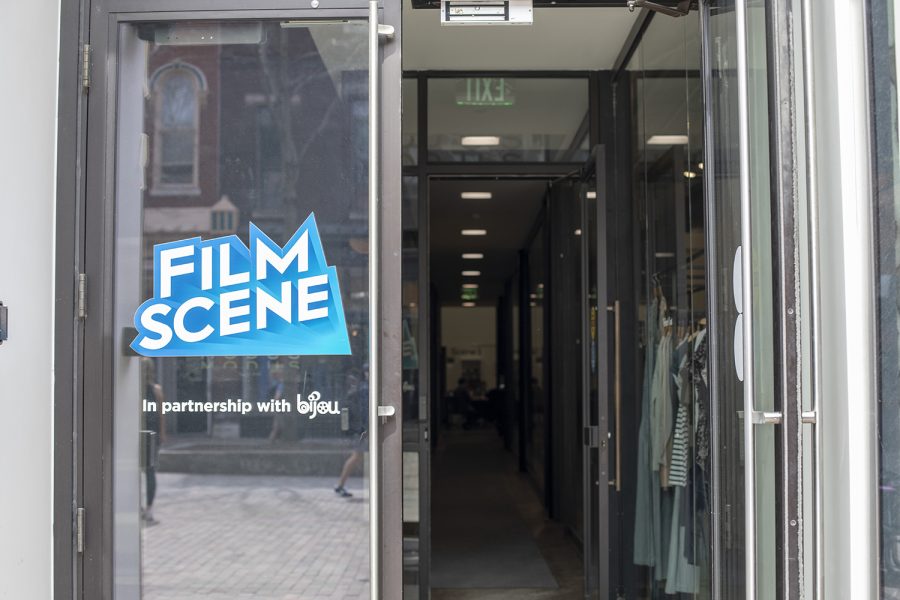 In an effort to safely host their annual festival, Sundance Film Festival has partnered up with various independent movie theaters across the United States, including Iowa City’s own FilmScene.

“Our ambition is for everyone to come together, safely, wherever they may be, and participate in screenings on our platform at the same time,” Sundance Institute Executive Director Keri Putnam said according to the 2021 festival website. “The Sundance team has consulted with artists, worked with incredible partners, and built a plan to welcome new audiences and capture a true festival spirit.”

FilmScene is one of over 30 selected theaters to feature select films from the Sundance Film Festival. It is the only movie theater in the state of Iowa to be chosen. This will be the first time that Sundance will present their festival in various locations, as well as online.

Interim Executive Director and co-founder of FilmScene Andrew Sherburne expressed his enthusiasm for the event in an email written to The Daily Iowan.

“FilmScene is honored to be a part of this national celebration of cinema and we are committed to finding safe and creative ways to engage audiences with these exciting new films,” Sherburne said.

Rebecca Fons, programming director of FilmScene, has been one of the leaders of the collaboration process between Sundance and FilmScene. Sundance reached out to FilmScene around June to begin working on bringing the festival to Iowa City.

“Sundance recognized FilmScene as a national arthouse cinema, and we feel very honored to be representing Iowa and having this opportunity to share these films with our community,” Fons said.

Beginning in 1978, Sundance Institute has promoted independent artistry films through the Sundance Film Festival. Filmmakers submit films in a variety of categories to compete for awards in documentary and drama films, both feature-length and short film. Many acclaimed filmmakers such as Quentin Tarantino and Darren Aronofsky had their industry breakout debuts at the festival.

FilmScene has been following strict COVID-19 guidelines since the pandemic began 10 months ago. The theater has done a limited number of in-person screenings, mostly offering showings through a virtual platform. Another way that FilmScene has safely brought movie lovers together to see classics on the big screen is offering private room rentals for patrons.

“We will continue operating at a limited capacity and frequently sanitizing to make the experience enjoyable but also safe,” Fons said.

The Sundance Film Festival 2021 will take place from Jan. 28-Feb. 3 and follow the state-implemented COVID-19 regulations, keeping low capacity and maintaining at least six feet of distance between patrons. FilmScene plans on showcasing films from Jan. 29 to Feb. 1.

There will also be an online platform showcasing films on these same dates. A film lineup has not yet been announced.

“FilmScene couldn’t be happier to be bringing this event to Iowa City, and thank Sundance for the opportunity,” Fons said.