At a faculty senate meeting, Professor of Internal Medicine and Pathology Dan Sewell said the university is drafting plans for asymptomatic screening. 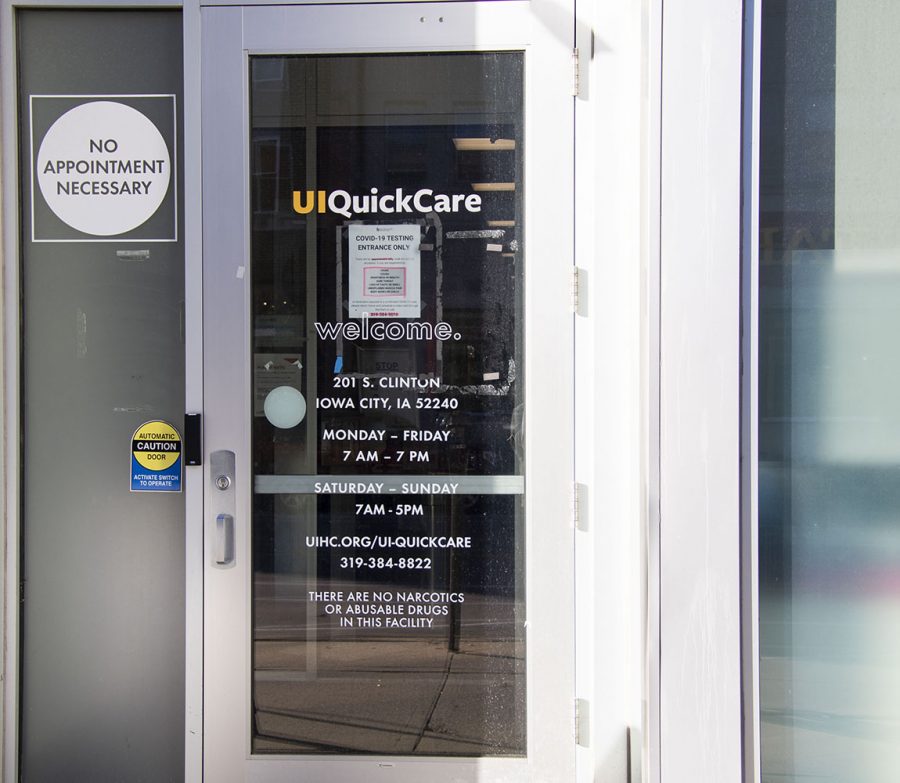 University of Iowa Assistant Professor of Biostatistics Dan Sewell and Professor of Internal Medicine and Pathology Dan Diekema said the UI plans to expand surveillance testing and screening at the university, emphasizing the importance to test more than just symptomatic students.

During Tuesday’s Faculty Senate meeting, Diekema said the university is drafting plans to focus on asymptomatic screening next semester to control the spread of COVID-19 on campus.

“[Dean of the College of Public Health] Edith Parker emailed me today that they are putting together a plan that will probably be ready to at least be reviewed – a draft plan – some time in the next day or two,” Diekema said. “I think that plan would involve the use of the BinaxNOW rapid antigen testing [for COVID-19].”

According to the Food and Drug Administration, the BinaxNOW test uses a nasal swab sample to detect and diagnose COVID-19 without viral transport media, which is the standard procedure for detecting a viral specimen.

The reason for selecting the BinaxNOW antigen tests is due to its rapid results, Diekema said.

“One reason that the rapid antigen test has really become the sort of go-to test for this kind of surveillance, you can get a test back result within 30 minutes,” he said. “The most commonly used test, and the one that is apparently going to be available in some quantity to the university next semester, is this BinaxNOW test card, which is a lateral flow…this Binax test has a specificity of 98.5 percent.”

In September, the CDC changed its website to reinforce the need for people without symptoms to get tested for COVID-19 — especially close contacts to people who have tested positive — to combat silent spread.

Diekema said universities are a separate category that should be prioritized for expanded testing according to its guidelines.

The goal of testing asymptomatic individuals, Sewell said, is to monitor trends and identify outbreaks. He said there is an increased importance in taking an active approach to surveillance because it isn’t enough for people to self-report.