The redshirt senior advanced to the round of 32 before being ousted by Logan McAllister. 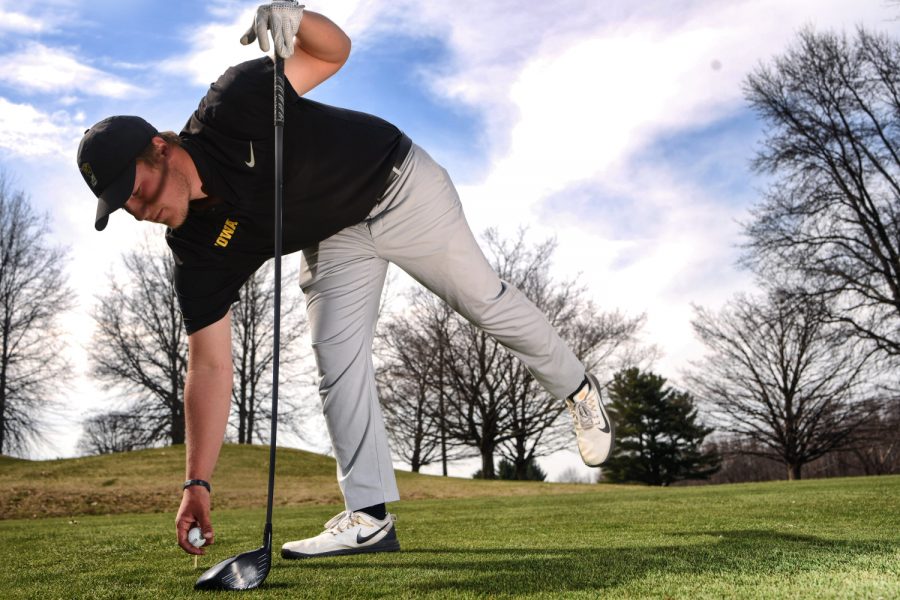 On what Alex Schaake called the hardest golf course he’s ever played, the Iowa redshirt senior didn’t back down from the challenge at the Mariode Amateur Championship in Carrollton, Texas.

In frigid temperatures that forced many of the tournament’s players to warm up hitting balls out of the rough because of frost on the driving range, Schaake’s driver was his most useful weapon.

“I drove the ball better than I ever have in my life,” Schaake said. “On that course, if you get out of position, you can make a seven or an eight, super quick. I always feel like I drive the ball well but under that kind of pressure and in that kind of situation last week, I think I did that way better than I usually do.”

After starting out the first round of stroke play eight-over-par through the first nine holes, the Omaha, Nebraska, native made some on-course swing changes and shot an even-par 36 on his second nine which included a stretch of three birdies in four holes.

After day one, Schaake shot a two-over-par 74 and an even-par 72 to finish stroke play at +10. He entered the match play as the 16th seed.

In his round-of-64 match against Wake Forest senior Parker Gilliam, Schaake got off to a hot start, going 3-up through the first four holes. Schaake finished the front nine with a one-under-par stroke play score of 35 and found himself four holes ahead.

Although Gilliam cut into Schaake’s lead on the back nine, getting to 2-down with two holes to play, Schaake birdied the par-three 17th hole to advance to the round-of-32 with a 3&1 win.

The Hawkeye star faced Oklahoma’s Logan McAllister in the next round and found himself with another early lead getting out to a two-hole advantage in the first four holes.

“[The early leads] were huge,” Schaake said. “If you can get out to a two or three-up lead through the first nine, it allows you to make one of those mistakes coming down the stretch. Obviously, you don’t want to make one of those, but if it happens, it’s fine and you still have a lead.”

Against McAllister, Schaake made one too many mistakes coming down the stretch.

After McAllister got the match back to a tie on the 13th hole, Schaake’s putting let him down.

Despite the loss, Schaake chose to appreciate what he had accomplished.

“I don’t take any negative thoughts away from that, I take positives,” Schaake said. “I had a very realistic chance to win that match and I could’ve even won it two or three up. I like taking the positives. I played really, really well this week. I’ve been working on some swing changes at school and it’s cool that I can see it paying off.”

Schaake may play in some Outlaw Tour events in Arizona this winter with his brother Carson, who graduated from Iowa in 2017, before returning to Iowa for the Hawkeyes’ spring season.