Tony Currin and Raneem Hamad, two of the newly-appointed members, said they were excited about joining the commission, but offered different perspectives on how to manage policing in Iowa City. 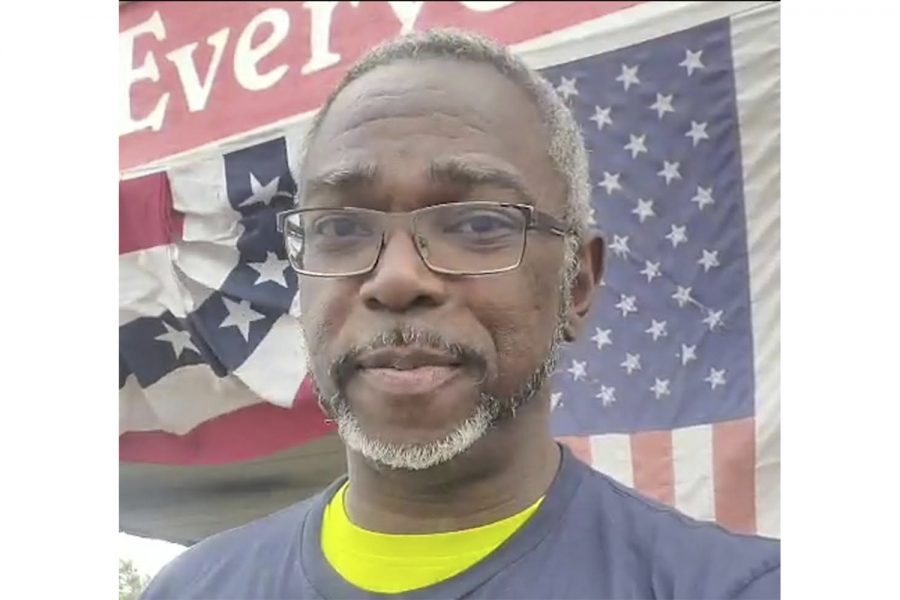 Two newly appointed members of Iowa City’s first Truth and Reconciliation Commission, Tony Currin and Raneem Hamad, share similar hopes and goals for the future of the commission, and offer different perspectives on the future of policing in Iowa City.

Currin, who favors law enforcement reform, and Hamad, who supports more systemic change, such as abolition, are two of nine individuals who were appointed to the commission on Nov. 17. As previously reported by The Daily Iowan, Currin, Hamad, Eric Harris, Kevin John Rivera, Mohamed Traore, Amel Ali, T’Shailyn Harrington, Layana Navarre-Jackson, and Johnson County Supervisor Royceann Porter will serve as commissioners until June 30, 2022.

Currin, who also serves as the Affirmative Action Chair for the Johnson County Democrats, said he thinks policing is an integral part of a functioning society, and that the commission will seek to improve how law enforcement engages with the community moving forward.

“I believe that to be a society that regulates itself by laws, by rule of law, you have to have the policing element — it’s necessary, I believe that,” Currin said. “When you erect a system, you can’t just leave it on autopilot; I mean, even cars need tune-ups … I do believe that this is only going to make our policing body stronger and healthier.”

Currin said his role as a member of the commission is to investigate difficult and important questions regarding race and social justice.

“It’s new ground for all of us,” Currin said. “We need to offer a recommendation so that our city council can address the dysfunction. That’s how I look at my role — go in and find the truth to poignant questions.”

He said Iowa City’s commission is full of opportunity, and that it’s possible the group could prove a successful template for other towns and communities also looking at ways they can address issues of inequality.

“America itself is a great experiment in democracy and creating a system of government,” Currin said. “This experiment that has gone on for so many hundreds of years continues to come up with new experiments. I really hope this is a successful experiment, because we need to find a way to fix what we’ve had.”

Hamad, who is a senior at Columbia University studying human rights and public health and an organizer for the Iowa Freedom Riders, said she’s primarily focused on advocating for abolitionist efforts in terms of the current policing structure.

“There’s a lot of work to be done in terms of educating people and making people actually understand what abolition really is asking for and what it’s pushing for,” Hamad said.

Hamad said she wants to see radical change in the community, rather than reform, and hopes to be a voice for the Iowa Freedom Riders and the community as a whole during her time in the commission.

“I’m really just trying to do my best with what I’ve learned so far and what I will continue to learn to help my community be what I believe it can be,” Hamad said. “I really, really think that Iowa City can make some amazing progress that hasn’t been achieved in so many areas of our country.”

Hamad said she was humbled to have been appointed to the commission. She said it was also important, however, to understand that the commission isn’t yet in the spot the Iowa Freedom Riders initially hoped for.

Hamad said during public comment on the night that the resolution to create the commission was passed that she was disappointed the city didn’t implement stronger wording in the resolution, like not including an amendment that would allow the Truth and Reconciliation Commission to have a budget separate from that of the city’s.

“I’m really excited and really happy to see it finally getting started,” Hamad said. “Still keeping in mind, the Truth and Reconciliation Commission isn’t exactly what I hoped it would be in terms of holding City Council accountable for systemic change.”

Hamad said the Iowa Freedom Riders tried to include language in the resolution that would ensure the commission would produce some level of systemic change, but that language ultimately wasn’t included in the resolution.

“We really have to be honest about the work that we’re setting out to do and if that’s not our goal, then why are we pursuing this endeavor?” Hamad said. “I’m still hopeful that we’ll be able to get a lot of work done and be able to push for its own types of systematic changes.”

The commission is part of the city’s ongoing effort to address systemic racism, following heightened awareness of police brutality and social injustice over the past year.

Since the resolution to create the Truth and Reconciliation Commission was passed by the Iowa City City Council in September, city councilors Janice Weiner and Laura Bergus worked with the Iowa Freedom Riders and the city to form the structure and purpose of the commission leading up to the appointment of its members.

Now that the commission is formed, Weiner said it will be up to the nine appointees to designate a commission chair and solidify priorities for what the group wants to work on first during its two-year term.

“We tried to pick a good variety of people,” Weiner said. “People of different ages and who represent different parts of the BIPOC community … in many ways, it’s up to them to call the shots now.”