Indiana looks to prove itself, Penn State starting quarterback to be determined 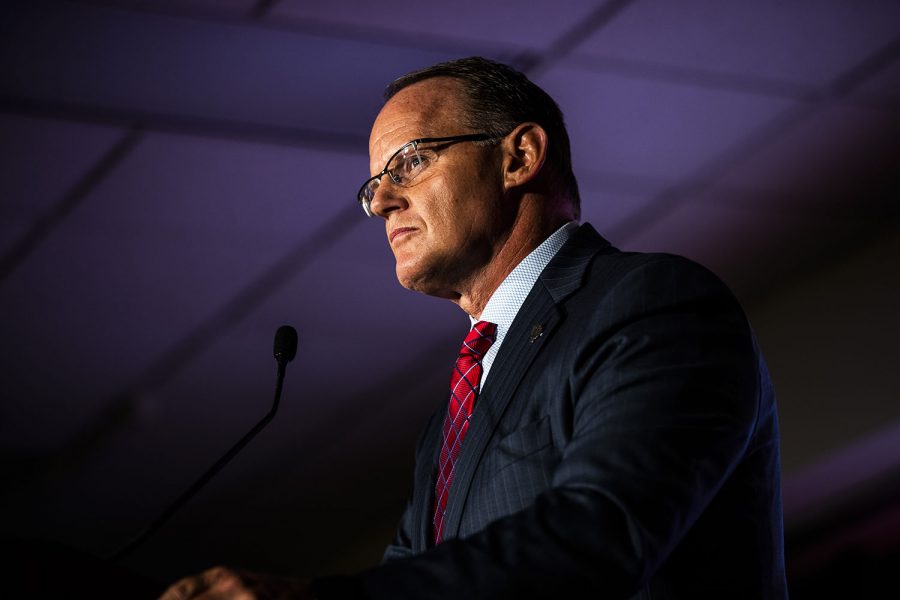 Big Ten programs are in a variety of spots heading into Week 5. There are four undefeated teams and one winless one.

Indiana has been a conference shocker in terms of winning, while Penn State has been just as shocking, but in the Nittany Lions’ case it’s because of starting 0-4.

The Daily Iowan dives into these two storylines in the week before Thanksgiving.

Indiana gets ready for big matchup against Ohio State

After a surprising 4-0 start of the season, No. 9 Indiana will play against No. 3 Ohio State (3-0) Saturday in what could determine the winner of the Big Ten East division.

Head coach Tom Allen said Monday the Hoosiers will have to play their best football in Columbus.

“As that noise grows louder you have to continue to stay focused on what got us here and the process of improving,” Allen said. “We are still not where we need to be, in all three areas, so to me any level of complacency that settles in or anything that prevents you from continuing to improve and prevents you from staying locked in and focused is detrimental to what we are trying to accomplish.

“I think it is just our whole coaching staff, it is our leaders on our team, it is our captains, our leadership council guys, everybody understanding the maturity that it takes to stay locked in and stay focused and be able to understand that there is a part of the success where you have to talk about it.”

Quarterback Michael Penix Jr. has nine passing touchdowns and 1,070 yards on the season.

The Hoosiers are a double-digit underdog on the road in Columbus.

Penn State starting quarterback yet to be determined

Penn State’s unexpected rough start to the season is shocking for a program that was expected to compete for a national championship. A loss against Iowa Saturday would drop the Nittany Lions at 0-5 for the first time in program history, which dates to 1887.

During last week’s Nebraska game, starting quarterback Sean Clifford was taken out of the game in the second quarter after he was sacked and fumbled the ball, which resulted in a touchdown for the Huskers. Will Levis came in after Clifford’s benching and made the game close, but not close enough as the Nittany Lions lost, 30-23.

Head coach James Franklin said Tuesday a decision on who will be starting Saturday hasn’t been made.

“Obviously, we had some conversations about it, not only the coaching staff but also with Sean and with Will as well,” Franklin said. “Based on what we’re going to do in practice this week and things like that. We’ll evaluate that as the week goes on.”