Kevin Washburn, the University of Iowa College of Law’s 18th dean, will lead a team that will review the Department of Interior until December. 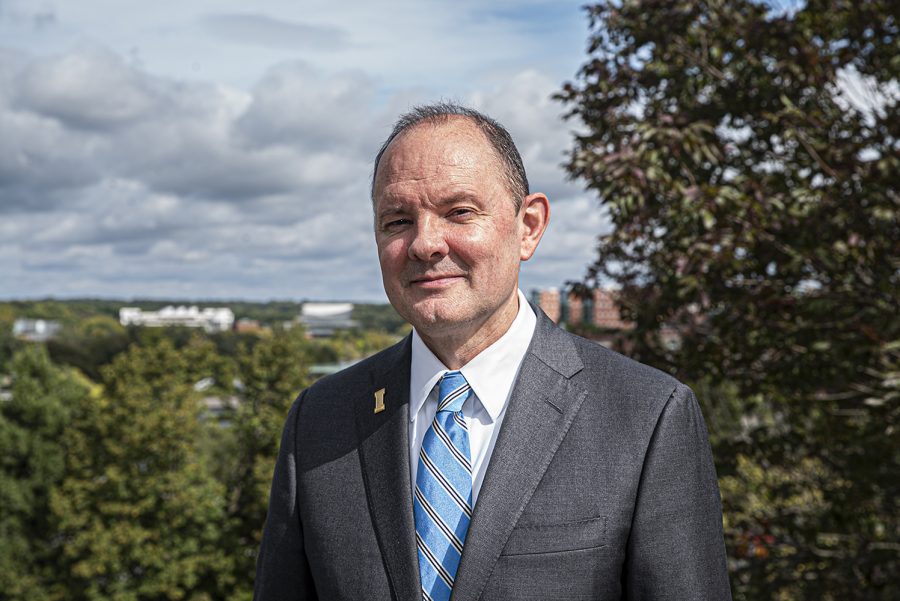 N. William Hines Dean and Professor of Law, Kevin Washburn poses for a portrait at the Boyd Law Building on Tuesday, September 29th, 2020.

The Department of Interior review team is one of 38 teams tasked with assisting the incoming administration with understanding the operations of the federal agencies, ensuring a smooth transition of power, and preparing Biden and vice president-elect Kamala Harris to “hit the ground running on Day One,” according to the Biden-Harris transition website.

Washburn served as Assistant Secretary of Indian Affairs at the U.S. Department of Interior for four years during President Obama’s administration. A member of the Chickasaw Nation of Oklahoma, Washburn’s federal government experience also includes roles as a prosecutor for the U.S. Department of Justice and as the general counsel of the National Indian Gaming Commission.

In an email sent to all UI law students on Tuesday, Washburn, the college’s 18th dean to date, said he accepted the federal public service assignment to assist with the orderly transition of the federal government.

Washburn said in the email his leave of absence is only temporary, and that he expects to be back at the UI College of Law by mid-December, and all of his duties will conclude on Jan. 20 at the start of the new year.

After being projected as president-elect by media organizations on Saturday, Biden is pushing forward with a transition plan despite President Trump’s refusal to concede the election. The U.S. General Services Administration, which aids in the presidential transition process, has not recognized Biden as the incoming president, according to CNN, holding back $9.9 million in funding for the transition process.