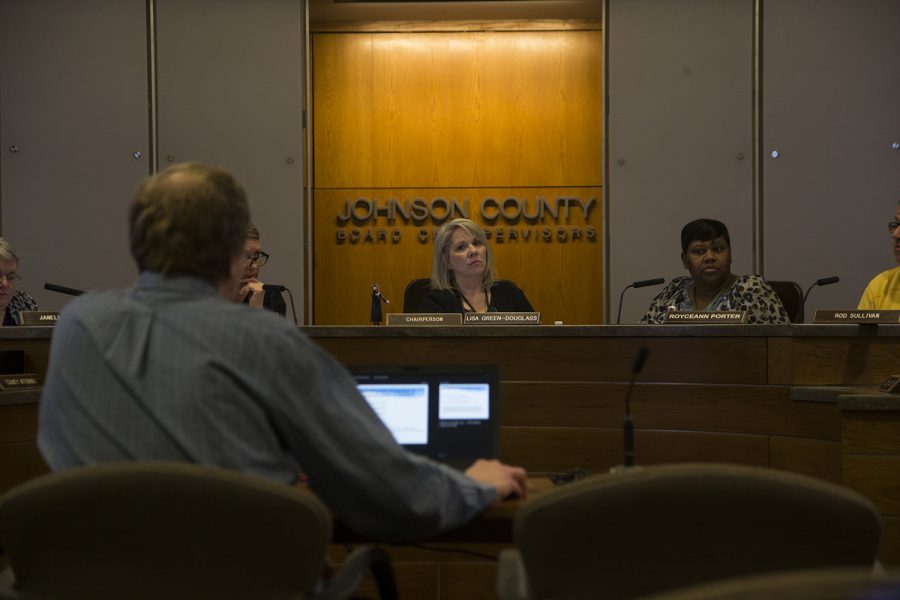 Rod Sullivan has been on the board since 2004. He has passed several human-rights ordinances and a graduated minimum wage increase, which increased the county’s minimum wage from $7.25 to $10.10 between 2015 and 2017.

“I’m very appreciative that the people thought I was worthy of heading back to the board,” Sullivan said.

He added that he hopes the Democratic party takes the Iowa House, so it can get more help from the governor to fight against the COVID-19 pandemic.

Royceann Porter, elected to the board in 2018, will continue her tenure as the first Black woman to serve on the Johnson County Board of Supervisors.

“We’re all supporting one another, every one of us,” Porter said about the Democratic party. “Everybody pulled their weight to help each other out.”

She has previously worked as a project manager for the Teamsters labor union and advocated for mental-health services, affordable housing, and restorative justice throughout her time living in Johnson County.

Porter said she felt called to run for supervisor after the death of Supervisor Kurt Freese in 2018, whom she said she worked with closely during her years of advocacy for mental-health services, youth services, affordable housing, and police reform.

Lisa Green-Douglass has been on the board since 2016, when she was elected to fill a vacancy left by Democrat Terrance Neuzil, who resigned to serve on the county board in Kalamazoo, Michigan. Green-Douglass received her Ph.D. in Spanish from the University of Iowa, and previously worked as a Spanish-language translator. Her profile on the county website said that Green-Douglass “occasionally provides interpreting services in the community,” and she is part of a committee working to create the county’s first mental-health Access Center.

Republican challenger Hemingway, who has operated his own car-repair shop since 1997, campaigned on his blue-collar background, saying the board needs to give more representation to rural residents.

Hemingway previously served on the Iowa City Community School District board on the finance committee, and has sought election to the Board of Supervisors twice in the past.

“I think the issues I ran on are still there,” Hemingway said, on whether he would run again in the future.

Hemingway specifically took issue with the Board of Supervisors raising its pay at the start of the COVID-19 pandemic, and said that he had hoped to bring fiscal oversight to the board.

The nearly 8.5-percent pay raise that Hemingway was referring to was recommended by the Johnson County Compensation Board and brought the supervisor’s yearly salary up to $82,720 for a position that, as the Gazette reported, routinely demands more than 40 hours per week of work.

Only one Republican, elected in 1958, has ever served on the Johnson County Board of Supervisors.