Opinion | Misinformation on masks is a massive problem

Some Americans don’t believe masks are effective at slowing the spread of COVID-19 — due to misinformation the president is spreading. 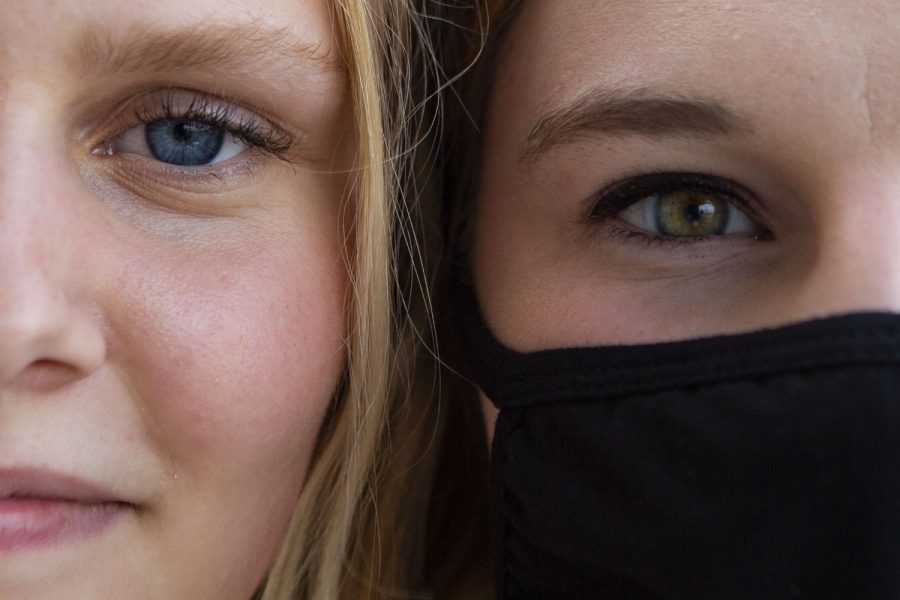 Most Americans know that COVID-19 is real and dangerous. Most Americans think it is unsafe to go to large gatherings without social distancing, or even some small gatherings for that matter. And most Americans believe that wearing masks reduces the spread of the virus.

But not all of them do, and that’s a problem for the rest of us.

We need to be as close to “all” as we can get. According to a ABC News/Washington Post poll, a significant portion of the population is not on board with masks for one or multiple reasons. They believe that the face coverings are dangerous to your health, are a political statement, or are unnecessary because the virus is “not a serious threat.”

If you’ve been watching Tucker Carlson Tonight, the most watched cable news show in the world, you will have seen some astonishing takes on mask-wearing and other COVID-19 safety measures.

As recently as last week, Carlson was on his show lambasting the idea of “consensus” around mask wearing, and mocking those who think they are an effective way to protect ourselves and others from disease.

Going back to July 7, we can see him decrying school safety measures as “bizarre health theater” that have “no basis in science.”

And Carlson is not where the misinformation ends. We can trace it up even higher. How does the President of the United States sound?

Over the course of the pandemic, President Trump has retweeted articles suggesting that coronavirus guidelines are more about social control than public health, has refused to wear one in public, and has continued to mock their use and question their effectiveness even after contracting the virus himself.

He has held large rallies throughout the pandemic — encouraging masses of mostly unmasked people to show up — and continues to hold rallies after his positive COVID-19 test.

It should be no surprise that people are taking cues from the president, as well as cues from Fox News, and defying the overwhelming scientific consensus when it comes to basic public-safety measures.

This isn’t just some national issue. Our own Iowa Gov. Kim Reynolds has been inconsistent about her views on public health, and has been photographed without a mask at crowded events.

Those who do not believe in the efficacy of face coverings are far more likely to socialize in public. Twenty-seven percent of non-mask wearers are “very comfortable” socializing in public places, compared to just 6 percent of everyone else, according to a Morning Consult poll.

And those non-masking people tend to be from a particular side of the ideological spectrum. In fact, there is a strong correlation between support of Trump and a belief that masks aren’t effective at preventing the spread of COVID-19.

So, as one might suspect, a large gathering of people tends to have an overstated population of non-mask wearers, precisely because they find it more acceptable to congregate in the first place.

The combination of mask-less-ness and large gatherings is a recipe for disaster when it comes to this pandemic.

A COVID-19 projection map predicts 389,000 coronavirus deaths by February 2021. Universal masking reduces that projection to 314,000 — and that measure would have stopped us from getting to this horrendous point already.

Right-wing rhetoric has contributed to the loss of tens of thousands of lives needlessly lost and will contribute to many more.