The ways that Iowan farmers can impact climate change need to be funded by government programs to ensure that they’re followed. 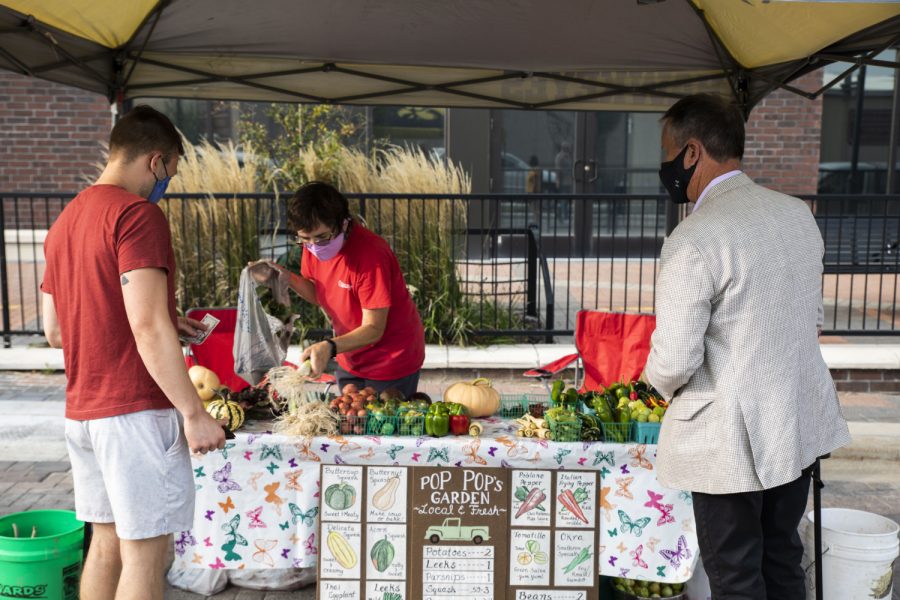 The Climate Clock in Manhattan Square sparked important conversations across the nation about tackling climate change, such as Iowa City Climate Activists have called out University of Iowa scientists for taking too long for the UI to commit to being coal free. The ways that Iowa farmers can impact climate change need to be funded by government programs to ensure that they’re followed.

Coal is responsible for 32 percent of greenhouse gas emissions in the U.S. While it is important for corporations and institutions to limit burning of fossil fuels, we must also acknowledge the contribution agriculture has made.

However, it’s important to realize that the government must be investing money and education for Iowa farmers to help them switch to these practices. We can’t just expect farmers to be able afford these new practices and expect them to change what they’ve been used to for years. That’s like telling a doctor to perform heart surgery but taking away all the medical equipment.

Studies have shown that 9 percent of greenhouse gas emissions are caused by agriculture.

Iowa farmers like Mitchell Hora have switched to planting cover crops which prevents erosion and contains the nutrients inside of the plants. In the long-term, this will lead to better soil and less contamination in the streams.

Other practices like Carbon Capture traps carbon in the soil instead of being released into the atmosphere and creating carbon dioxide which is one of the greenhouse gases that warm the Earth.

More Iowa farmers need to replicate Hora’s practices because it improves sustainability by lowering the emission of greenhouse gases and improves the health of soil and water.

However, they are going to need a financial boost in order to make these switches. While the practice reaps benefit over time, Iowa farmers are reluctant due to the fact that these seeds can cost about $30 per acre.

Many farmers can’t afford these practices because their economy relies on acreage rather than soil. In addition, extreme weather that Iowa is continually facing has already burdened farmers with the difficulty to produce food.

While organizations such as General Mills and Cargill are willing to pay farmers to use sustainable practices, the state government must start investing in farmers to protect Iowa’s environment.

Politicians such as Rita Hart support cover crops and understand they need government effort to switch to these sustainable practices. We need leadership like hers to protect our planet.

Iowa, we are running out of time. Our environment is in danger and while we must hold corporations and ourselves responsible, we must also make sure that agriculture is also doing its part. Farmers need to start making these changes to sustainable practices, but they are going to need investment in order to do so.

The environment needs leaders who are going to protect the planet and prioritize sustainable practices in every contributing factor to climate change. We must choose politicians who understand science and are committed to investing in changes in order to protect the future of our environment.