This election is too important to throw away your vote by voting for someone who has no chance at winning. 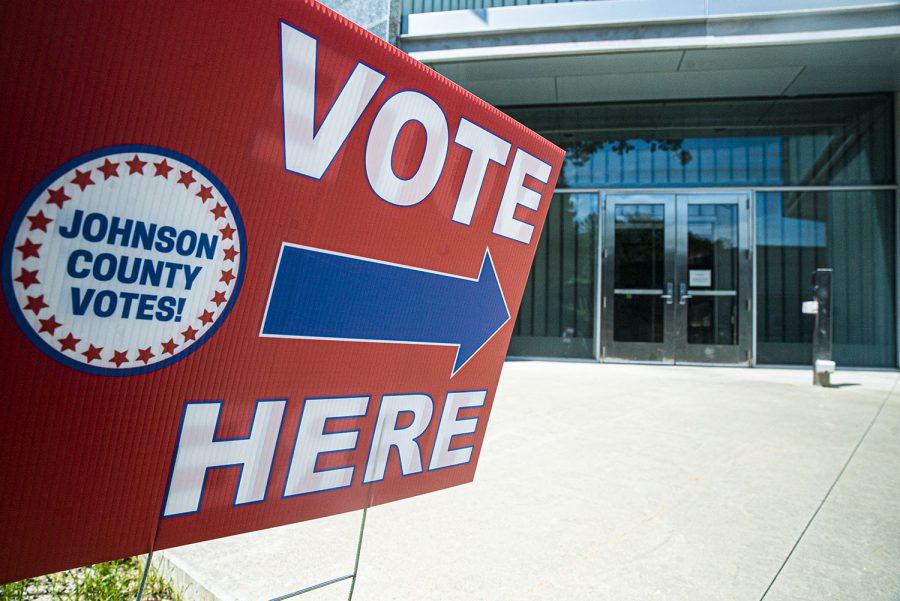 A Johnson County precinct indicator is seen outside The University of Iowa Visual Arts building on Tuesday, June 2, 2020. Counties all across Iowa along with eight other states are participating in the 2020 primary elections. (Tate Hildyard/The Daily Iowan)

This is it — the moment I talk about politics publicly. I can no longer sit on the sidelines and watch everything unfold without having my own voice heard.

Number one: vote. In-person, mail-in, even in the park. However you want to vote, it does not matter to me. Just make sure that your voice is heard in this Presidential election.

Second: please, please, do not vote for the third party. Even if you have not been invested in politics — whether your whole life or within the last four years or so — there is no plausible way a third party can win in this election.

While the U.S has had one independent party candidate win the election, with the 2020 Presidential election, casting your vote for the long shot is not going to work this year.

If, somehow, all anti-Trump and anti-Biden voters got together they could maybe throw the vote to their side. But even in the 2016 election, this theory did not happen. Instead, those who voted for the third party, or did not vote at all, affected the election. For the better or worse, that is up to your opinion.

While I would love to have a fair voting process with more than two main candidates that have two widely different viewpoints, sadly, our government is not perfect. Far from it, in fact.

An unknown quote comes to mind in this situation. It goes something along the lines of “voting for the president is like transportation: if you can’t drive your car, you can at least go to a bus stop.”

It was in the context of the 2016 presidential debate. If you cannot have your No. 1 pick — your car, or one of the candidates that dropped out — you can at least vote for someone that will get you closer to your destination. Sure, you’ll have to do some walking to get there, and you might have to do some walking once you get off, but you’ll be closer to your end goal than you would be if you walked.

With this presidential race, there is so much on the line. If you have the privilege to not be affected by who is elected — therefore you do not vote, or you vote third party because you don’t like either of them — then imagine yourself in someone else’s position.

We cannot waste a single vote this election. Please, do not vote for the third party.