Damario Solomon-Simmons said in a statement that he looked forward to vindicating his "clients’ rights and holding all wrongdoers accountable in court." 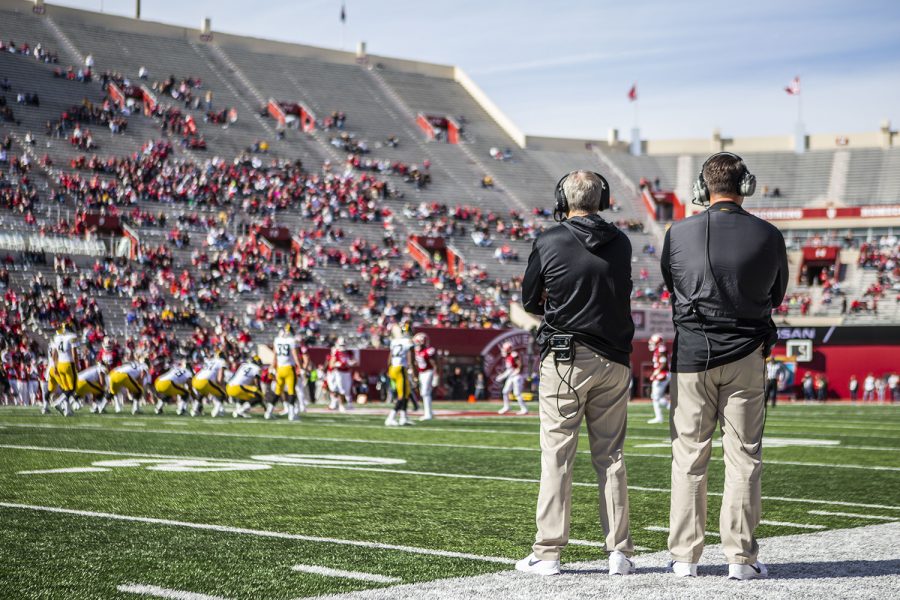 Attorney Damario Solomon-Simmons said in a statement Monday that the eight Black former Iowa football players that he represents remain determined despite the University of Iowa rejecting their demands for a $20 million payment and for head coach Kirk Ferentz, offensive coordinator Brian Ferentz, and Athletics Director Gary Barta to be removed.

On behalf of his clients — Akrum Wadley, Aaron Mends, Jonathan Parker, Marcel Joly, Maurice Fleming, Reggie Spearman, Kevonte Martin-Manley, and Andre Harris — Solomon-Simmons sent a demand letter to the UI on Oct. 5 in an attempt to “amicably resolve” matters before filing suit. The letter was obtained by The Daily Iowan.

“It it appears Iowa released our confidential letter to the media with the sole intention of trying to shame and intimidate our courageous clients,” Solomon-Simmons said in a release. “It did not work. In fact, Iowa’s move has not only strengthened the resolve of our clients to continue to stand up for their rights and the rights of their teammates. Our clients appreciate Iowa making it clear to all Black student-athletes, former, present, and prospective, that under the current leadership at Iowa anti-Black racism is acceptable.”

The UI responded to Solomon-Simmons on Sunday, saying that the monetary and personnel demands made by his clients were rejected.

In his statement, Solomon-Simmons rejects the idea that his clients are looking for a “money grab.” He also mentions the $1.1 million separation agreement former Iowa strength and conditioning coach Chris Doyle reached with the UI after several former Hawkeyes alleged Doyle had made racist and demeaning statements to them.

“Iowa’s message in light of its refusal to compensate our clients is resoundingly clear: Iowa is more than willing to pay known multi-millionaire racist coaches,” Solomon-Simmons said, “but paying Black victims of racism themselves is simply a bridge too far.

“Our monetary demand for our clients and the over 100 other impacted African-American athletes may be shortsightedly characterized as a money grab by some. But our demand is just, because the need for vindication and accountability is just. The need for meaningful change, and not mere administrative shuffles of Black employees for the sake of public relations, is just.”

“We appreciate some former athletes sharing insights on their experience while at the University of Iowa,” Harreld said in a statement. “Many of their concerns have been reviewed and addressed. And to be clear, any student-athlete that has left the university and did not obtain their degree is welcome to return and we are here to support them.

“There are several demands outlined in the letter and we are proud of the efforts made to date. We have a path forward that includes ideas and recommendations from many current and former students aimed at making the University of Iowa a more inclusive and better place to learn, grow and compete as an athlete. However, the university rejects the demands for money and personnel changes.”

The statement by Solomon-Simmons does not explicitly say that the group will file suit, but that “we look forward to vindicating our clients’ rights and holding all wrongdoers accountable in court.”