Republican Mariannette Miller-Meeks and Democrat Rita Hart took part in their third and final debate Thursday night, where the candidates main point of contention was, again, the Affordable Care Act. 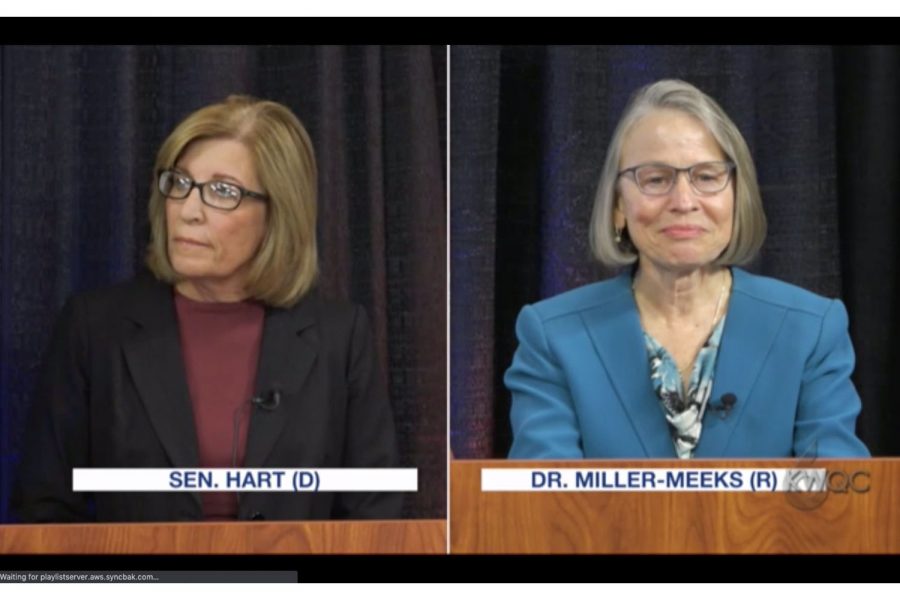 The candidates for Iowa’s 2nd Congressional District engaged in a civil hour-long debate on Thursday night, with the most contention on the topic of health care, similar to past debates.

Because of the U.S. Supreme Court confirmation hearings this week, the future of the Affordable Care Act has been a topic of conversation for Democrats and Republicans nationally.

Iowa state Sen. Mariannette Miller-Meeks, R-Ottumwa, said the Affordable Care Act is a failed system that should be replaced with something that better benefits Americans. President Trump and congressional Republicans do not currently have a health-care plan to replace the ACA.

“If it is such a great bill, why are we struggling to have this issue right now? Everyone needs to come together, come up with a plan, no matter what the Supreme Court challenge is,” Miller-Meeks said.

Democratic candidate Rita Hart continues to support the Affordable Care Act during a time where she emphasized healthcare is especially important.

In addition to the fate of the Affordable Care Act, the candidates were asked about the possibility of Roe V. Wade being overturned and what they suggest happen next.

Hart said that women need a right to privacy and a right to healthcare, both of which Roe V. Wade currently offers Americans.

Miller-Meeks, who has previously stated her pro-life views on abortion, said that Congress will need to act on the issue if it comes down to states deciding the fate of women’s reproductive rights.

A record  number of Iowa women are on the ballot for the 2020 general election. Hart and Miller-Meeks are just two of seven women running for congressional seats.

Both candidates used some of their time during the debate to encourage women to get involved in politics and said they want to help women through mentoring and by being role models.

“We have made quite a bit of progress. We went from having no women in the legislature to several. If you are interested in politics or making a difference it’s worth having those conversations so people can see that there are people that look like them who they can follow,” Hart said.