With more classes online at the University of Iowa because of COVID-19, expensive technology updates were made to accommodate the new environment. 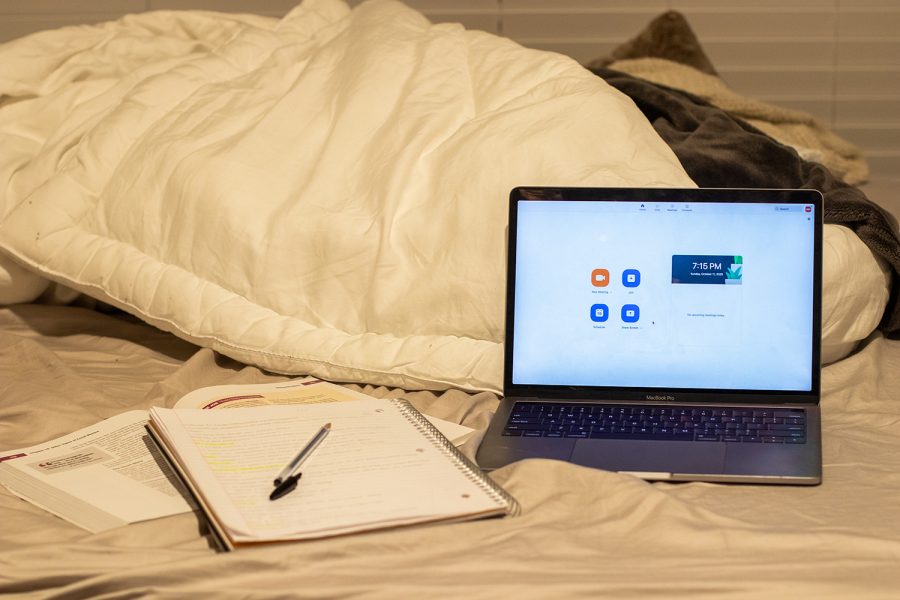 The shift to primarily online courses has added extra expenses for the University of Iowa, as it works to upgrade software and provide online-learning tools for students tuning in from home.

In the first week of classes at the UI in the fall semester, students, faculty, and staff logged 2,457,091 meeting minutes on Zoom. Communication Manager of the Office of the Chief Information Officer Nicole Dahya said September data shows that the UI has averaged 1.93 million minutes on Zoom per day because of an increased number of online courses.

In February, UI Information Technology Services believed it had very clear plans about what kind of technology was necessary to run campus in the future. As COVID-19 cases rose, however, Chief Information Officer Steven Fleagle said the world turned upside down.

Dahya wrote in an email to The Daily Iowan that “the annual cost for Zoom for academic use is a little more than $100,000.”

Because of COVID-19, the UI changed its three-year Zoom contract so that it covers all UI students, staff, and faculty for large meetings and events up to 300 people. Licensing costs increased about 37 percent, Dahya said, for a total of about $28,000 in the last year.

The additional costs the UI faces as it accommodates online learning were not paid for by student-tuition fees. The university has had to delay projects to fund online classes, Fleagle said.

“We had to find a way to get it done, so many things have changed,” he said. “It’s been a pretty big disruption and so right now we’re just starting to re-plan.”

The UI had a contract with Zoom for about 60,000 minutes per day before COVID-19, Fleagle said.

The UI also offers other programs in addition to Zoom for faculty and students to use. Fleagle said the UI has had to increase the amount of storage it has with Panopto – a system used to record lectures – which costs $25,000, because there were more lectures being recorded.

Another software package that needed expanded access was the Adobe Creative Cloud. Fleagle said Adobe is an expensive program to have and updating the license that expanded access cost an additional $66,000.

“We’ve had to make sure that [students] can get it directly on their systems,” he said. “So, those were two other things that cost a little bit more.”

Like the UI, Iowa State University uses Zoom, but its primary video conferencing source is Cisco Webex. Since summer 2019, ISU has had Webex licensing for all students, faculty, and staff, said ISU Director of Information Technology Michael Lohrbach.

ISU implemented outdoor Wi-Fi locations, so students do not have to congregate in buildings during COVID-19.

“Students or employees or even some of the local high schoolers drive up and remain in their car and get internet access, so you know that works pretty well,” Lohrbach said.

The UI has also expanded outdoor and drive-up Wi-Fi around campus, at places like the Hancher Auditorium parking lot, for people who do not have good connections at home. This cost $200,000 to install.

“That has been way more popular than we thought it would be,” Fleagle said. “So, right now we’re going to keep it going at least as long as we’re in this environment.”

Additional audio-visual equipment was provided in about 330 classrooms to prepare for hybrid and in-person instruction. Fleagle said these upgrades cost $250,000. At ISU, IT added cameras and microphones to many classrooms for hybrid learning.