Letter to the Editor | Bobby Kaufmann: Not as advertised

An Iowa City resident writes on a bad business experience with the state representative currently running for reelection. 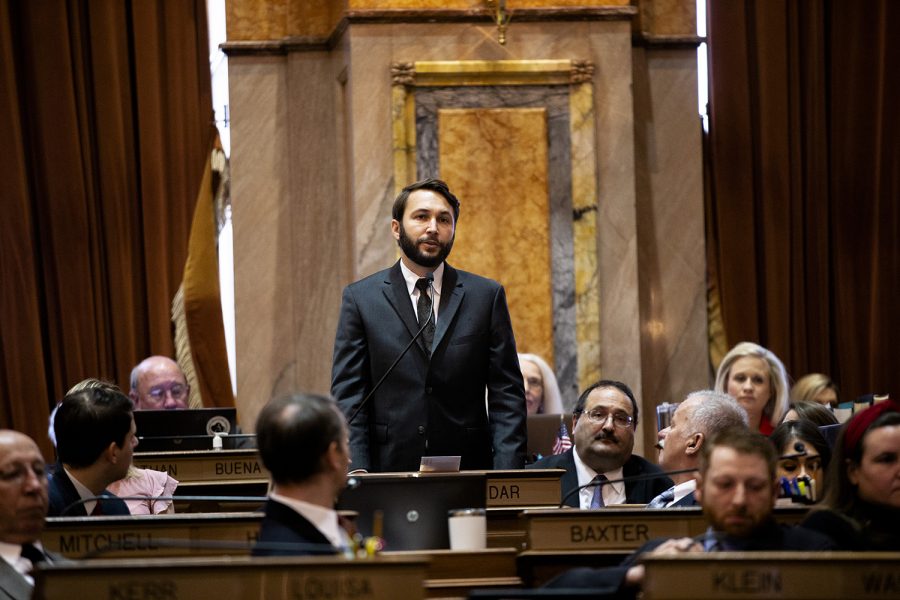 Iowa Rep. Bobby Kaufmann, R-Muscatine, speaks at the Iowa State Capitol on Monday, January 13, 2020. The House convened and leaders in the Iowa House of Representatives gave opening remarks to preview their priorities for the 2020 session.

About five years ago, I answered an ad in the Rural Electric Coop Newsletter for someone to clean up scrap metal on my farm. The person I called turned out to be Bobby Kaufmann.

He assured me that, unlike other people, he would take all the metal not just what was worth more money. He informed me he was a state representative and used this fact as a reference for himself.

When he came to look it over, he again promised several times that he would take everything, even the wire that had trees growing up through it.

After several days of hauling away the items that bring the most money, and to give him credit, a load of rolled up barbed wire, he decided it was too wet to continue. He promised he would be back when things dried out. That was the last I heard from him.

I attempted to contact him later that year, and every year since, until this year when I gave up. I left voicemails that went unanswered until last year when he answered the phone. He remembered me and told me how terribly busy he was, but if I sent him my contact information, he would try to finish the job. I never heard from him again.

What I have learned from this, is that Kaufmann’s promises cannot be relied on. And, that he uses his position as a state representative to promote his personal business. Neither are characteristics I admire in public servants.

Do you really want to vote for him?

The DI contacted Rep. Bobby Kaufmann about this article.

He denied the story and said the author “has long held a political agenda against me.” He said he does not have evidence to support his claim, though he added “It doesn’t surprise me she has attempted to use her lies to advance the interests of my opponent.”

Kaufmann is currently running for reelection in House District 73.