The meeting would help educate community members on how to better target advocacy between local, state, and federal levels 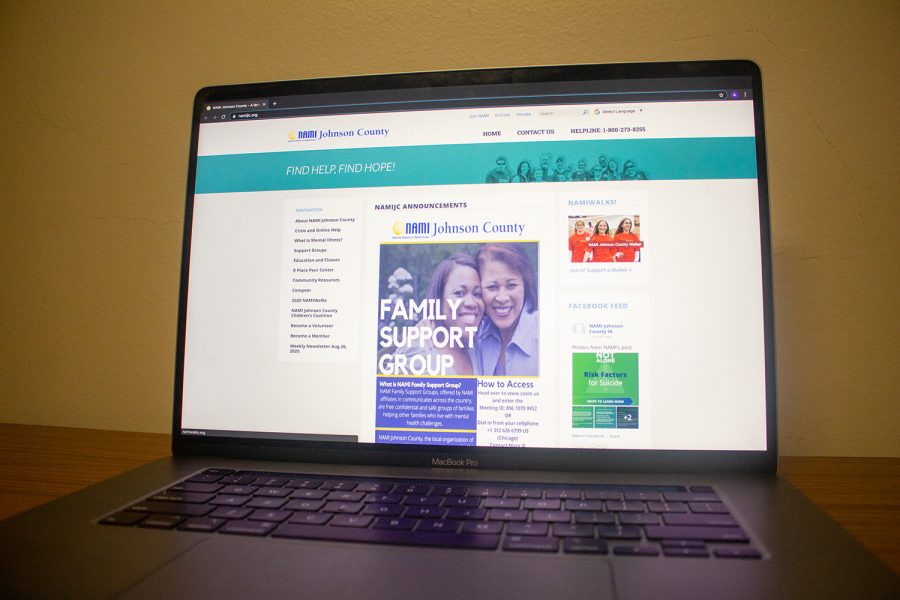 The Johnson County National Alliance on Mental Illness website as seen on Oct. 12.

Her suggestion came in the form of a letter addressed to city council on the evening of the Sept. 22 listening post – a public forum in which members of the community can publicly discuss what issues they would like to see the city address.

Carpenter said in an interview with The Daily Iowan that her letter was prompted by a father who asked during the listening post how local schools and the community at large might move toward more supportive approaches to children with special needs.

“I would like to offer to volunteer to partner with the City Council for a possible public meeting in which we could advocate/educate the community with invitations for many local entities including police, provider agencies, [Iowa City Community School District] school board and teachers, etc.” Carpenter said in the letter. “This could be a step to increase collaborative efforts of many different groups who intersect with children and adults who have special needs and mental illnesses in our community.”

Carpenter’s letter specifically addresses support for individuals with special needs but said that the comprehensive focus of the potential partnership is to better educate community members on how resources at different government levels intersect.

She said she fully supports the interest in advocacy she sees from residents in Iowa City, but thinks it would be beneficial to provide a better understanding where that advocacy should be targeted.

City Councilor Laura Bergus said more focus on community education was an excellent idea, and that it addresses the importance of proper representation and collaboration within governing bodies.

“What Leslie’s getting at, which is so critical, is that we need multiple decision makers and stakeholders at the table,” Bergus said. “What’s really been hitting home this summer and the last few months with coronavirus and everything else we’ve been addressing is how hard those inter-jurisdictional collaborations can sometimes be.”

There’s currently no upcoming city council action scheduled to organize a community educational meeting, though Bergus said she plans to follow up with Carpenter.

City Councilor Janice Weiner said she was also in support of Carpenter’s suggestion.

“One of the things that really struck me after that meeting was just how much everybody in this community could stand to learn from this,” Weiner said. “I think that we can all benefit from doing a community education session, and I think we should look at it as a model that can be transferable.”