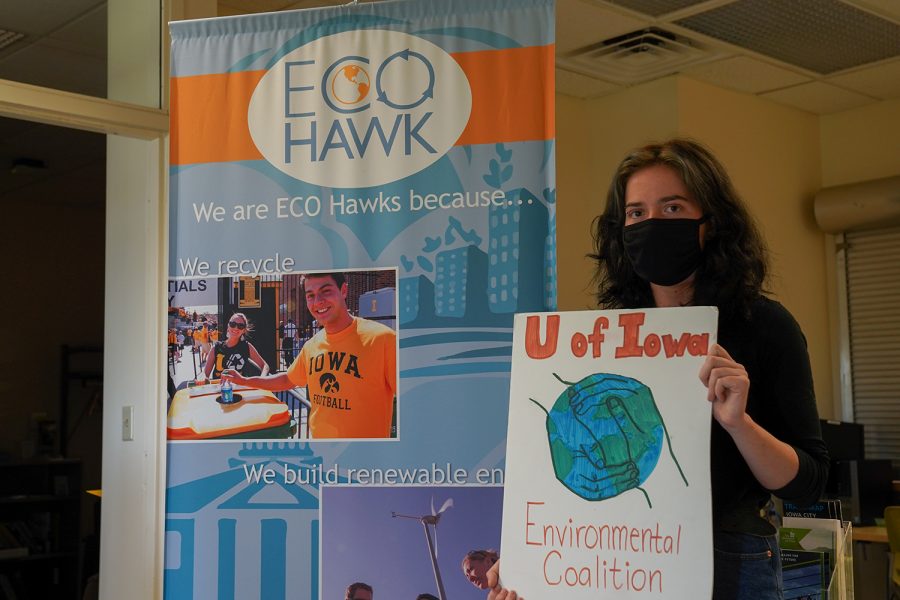 University of Iowa and state environmental groups say that 2020 and beyond must be a decade of action before Iowa’s climate-change clock runs out.

Oster said the derecho that swept across Iowa in early August is an example of extreme weather becoming more evident in Iowa.

“I think that [the Climate Change Clock] is an important visual,” Oster said. “It is something that can track the fact that we are getting closer to this point where we need to do something. We are seeing increased storm activity: some places are seeing drought and severe storms.”

Co-President of the UI Environmental Coalition Emily Manders said she first encountered the image of the clock on Instagram, and thinks the clock’s message is giving the wrong meaning of climate change.

Other UI environmental student orgs have similar feelings to Manders’ first look at the clock. Co-President of the UI Gardeners Olivia Bohlmann said she is frustrated to see that the Climate Change Clock is not advocating against large corporations, when marginalized groups are already experiencing the worst effects of climate change.

“[The Climate Change Clock] is a really good example of this kind of apathy towards large corporations and the carbon emissions that they’re emitting and putting a lot of the responsibility on individuals,” Bohlmann said, adding that the art display is alarmist.

To target large corporations, Co-President of the UI Gardeners Tommy Nguyen said he imagines the Climate Change Clock could be more effective if it was close to U.S. policy makers.

“I feel that people would think, ‘they’re really advocating for this if they’re actually putting up on this monument’ or something like that,” he said. “You have to have something to make some message rather than have something that just flows across the screen.”

While weather and natural disasters are becoming more severe, many are grappling with fears about the future.

“Eco-anxiety and eco-fear is a very real thing,” Vice President of the UI Environmental Science Club Owen Baldwin said. “I know that I have it about climate change. I know people who have it. So, I think that’s a very real thing and having a countdown clock is only exaggerating that feeling.”

She said people can help advocate for climate change at the UI by lowering individual environmental impacts as much as possible, becoming knowledgeable about what is going on, and joining student organizations.

“Also, we have to make sure that the University of Iowa is being held accountable for environmental actions in itself,” she said.

As the Climate Change Clock continuously counts down, Oster said people’s fear of climate change should not prevent them from taking action. He said at the Iowa Environment Council, they are focusing on solution-based answers.

“I think that we definitely need to be realistic, and that it is scary,” Oster said. “If you are worried, it should impact you to do more to reverse these changes—to change our energy systems and find that better future.”