Earbud usage could cause issues for students

As many University of Iowa courses are online, many students have increasingly used earbuds to participate in their online material when around others, causing ear discomfort and hearing issues. 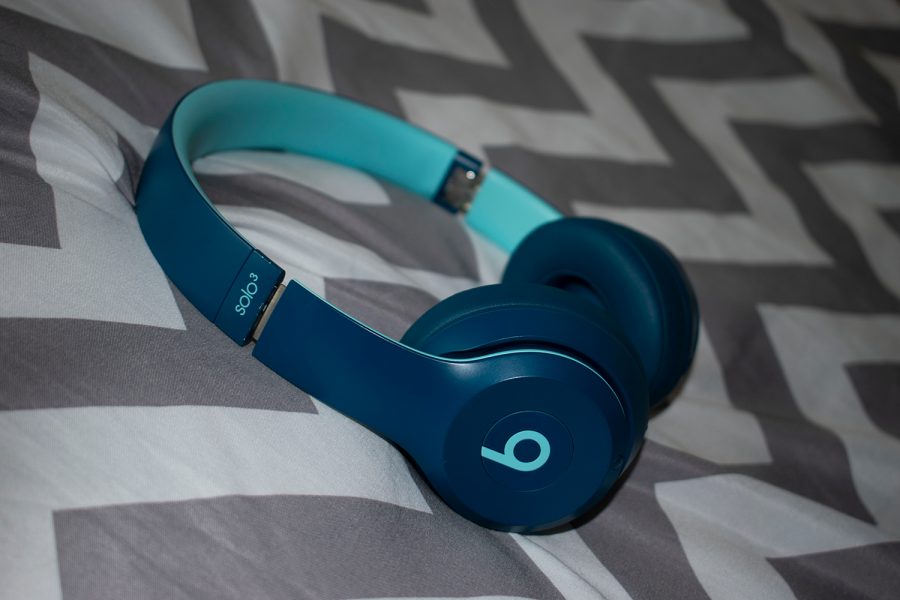 Now that more than 70 percent of University of Iowa courses have switched to a hybrid or virtual format, many students are experiencing pain and various medical conditions related to the constant need to wear headphones or earbuds.

With limited access to public spaces for studying or participating in online lectures and discussions, many students tend to stay in their room because of health and safety concerns brought by COVID-19.

UI freshman Dana Oyen said almost all of her courses were moved online, which prompts her to use her earbuds while listening to online lectures and discussions hosted via Zoom. Oyen said her roommate’s course schedule overlaps with hers, so they feel it is mutually respectful to wear earbuds while the other is also in class to prevent background noise and distractions.

Oyen said constantly wearing her earbuds has caused an issue with her ears.

“Last week, my left ear started really hurting,” Oyen said. “So, I went to the [UI Quickcare] and [was told] I have fungus in my ear.”

Oyen said UI Quickcare was not able to treat the fungus, so she had to go to UI Hospitals and Clinics to seek treatment.

Oyen said the treatment was free of charge, but she’s unable to tell if it has helped her ear at all.

UI freshman Jocelyn Olvera’s courses are also entirely online, which she said forces her to wear her AirPods almost all day.

Olvera said this constant usage of AirPods has negatively affected her hearing, and also caused discomfort in her ears.

“My ears are hurting now since my AirPods are always in,” Olvera said. “It’s weird, it [feels as if] it deforms my ears or something. They also ache and I’ve also noticed that my hearing has become a lot worse.”

Olvera said she believes more courses moving to an online format has caused this issue for other students — discomfort within their ears and potentially damaged hearing.

“I feel like [the increased usage of earbuds] have made people’s ears worse,” Olvera said. “Not just made [their ears] feel worse, but also their hearing is bad.”

RELATED: Deaf, hard of hearing students with new communication challenges due to COVID-19

Clinical Instructor and Audiologist at the UIHC Wendell Johnson Speech & Hearing Clinic Kellsie Busho said the most important thing to keep in mind when constantly wearing earbuds or headphones is to keep the volume down.

“A general rule of thumb is, if someone’s like a hand and arm’s length distance away, and they say your name when you’re listening through a headphone, you should be able to respond to them,” Busho said.

Busho said the Wendell Johnson Speech & Hearing Clinic offers free screening for students, and an additional service where students can test their headphones on a mannequin to see if their usual volume is unsafe or too loud.

Busho also recommends that students and staff find headphones that are comfortable to wear for an extended period of time, such as noise-canceling headphones.

UI Professor in the Departments of Biology and Otolaryngology Steven Green said in an email to The Daily Iowan that listening to music or other material at an increasingly high volume for an extended period of time can cause irreversible hearing damage.

“The damage is cumulative over one’s lifetime so the more one is exposed to loud noise, the sooner one will suffer significant hearing loss,” Green said. “So, listening to online lectures four hours per day at a moderate volume, say 80 dBA, might be fine, but if one is listening to music at a higher volume for a few hours a day, the cumulative exposure would exceed the level for risk of damage.”

Green said headphones, especially noise-canceling headphones, are generally safer than earbuds, because they are more effective at reducing outside noises and are not inserted directly into the ear.

The National Institute for Occupational Safety and Health recommends the volume of headphones does not exceed a specific percentage of the maximum volume on a device, Green added.

“Volume should be set so that it does not exceed the NIOSH guideline,” Green said. “According to NIOSH, headphones set at around 70 percent of their maximum volume produce sound averaging 85 dB (which NIOSH says is OK for up to about 8 hours/day but no longer).”