Harreld says University of Iowa should not bank on a vaccine for next semester, expects to remain mostly online

University of Iowa President Bruce Harreld told the DI that the spring semester will likely be similar to the fall, with mostly virtual instruction. 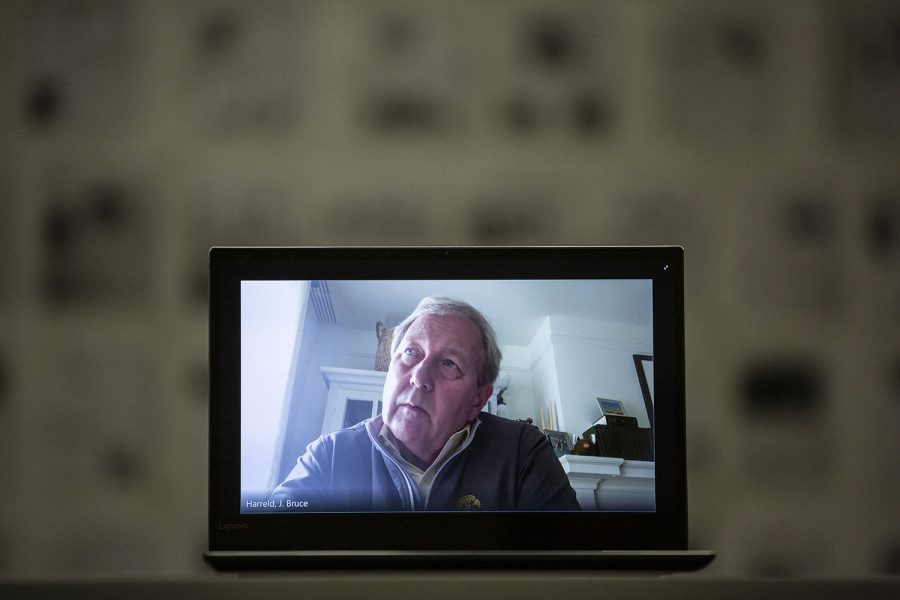 As students adjust to the COVID-19 afflicted fall semester at the University of Iowa, UI president Bruce Harreld said the spring semester will likely look very similar to the fall.

Harreld said the UI should not count on a vaccine being available during the spring.

“I think we need to assume there’s not going to be a vaccine until maybe well into the summer, if then. Therefore, I think it’ll look largely like what we’re looking at now,” Harreld said in an interview with The Daily Iowan.

Vice President for Medical Affairs Brooks Jackson told UI Faculty Senate Sept. 9 that the state asked UI Hospitals and Clinics to be prepared to distribute a vaccine by Nov. 1.

Harreld said he was concerned if the UI moved all classes online, students would be at a higher risk of dropping out.

“We have such a large percentage of our population that is either first-generation or underrepresented minorities, and the data says they tend to drop out in a normal environment at a higher rate, and if we go online, what would their persistence be,” Harreld told The DI.

There have been protests and two sick outs organized throughout the semester calling for the UI to hold classes entirely online.

“The concern I have, if we really care about the underrepresented generation, and first-generation students, then we need to find a way to have it both ways and give people a choice,” Harreld said.

Related: No spring break at UI, classes to remain in hybrid format for spring semester

“It’s costing us more to do what we’re doing, than if we were all online,” Harreld said.

The UI has reconfigured and installed plexiglass in classrooms, changed air-handling equipment, kept the same employees, and increased maintenance for classrooms and other public spaces on campus, he said.

At a state Board of Regents meeting on Sept. 17, Harreld said that the UI has “a long way to go” regarding a return to all in-person instruction as a possibility.

In a campus-wide email sent on Sept. 17, the UI said that the spring semester will start one week later than normal, on Jan. 25, and there will be no spring break.

“We’ve made some adjustments to spring break … we wanted to keep people during the winter safe as long as possible and bring them back as long as late as possible,” Harreld said. “We couldn’t postpone the academic year deeper, so we took that weekend in the spring, and canceled spring break.”

The University of Northern Iowa and Iowa State University also canceled spring break to reduce the spread of COVID-19 on campus. The UI early announcement to cancel spring break was so that people had advanced warning to modify their vacation schedules.

“We did it so that everybody would have enough time to make adjustments in their families,” he said.