The University of Iowa College of Liberal Arts & Sciences is using the 2020-21 school year to focus on pursuing racial justice at the UI and implementing DEI initiatives throughout campus, hosting several webinars on various topics on a monthly basis. 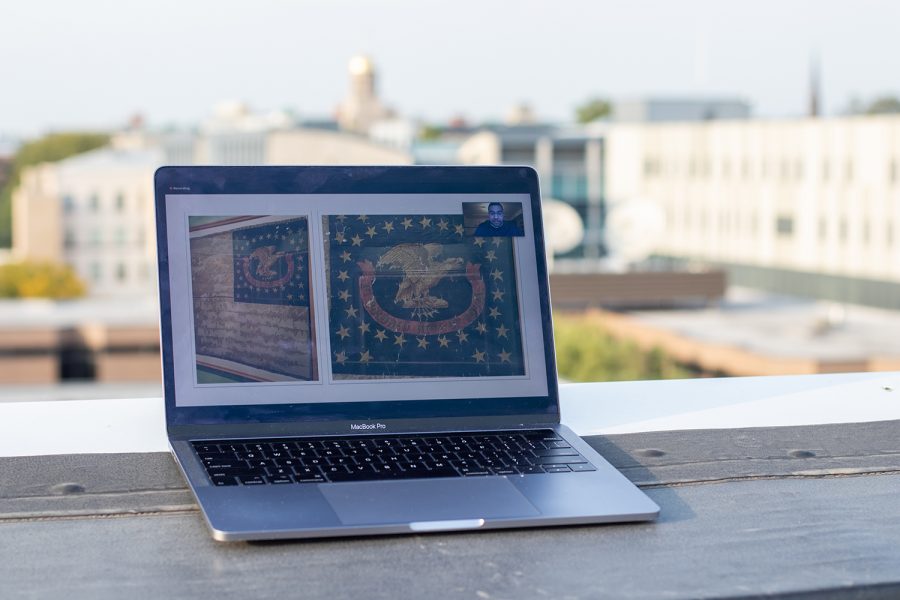 The College of Liberal Arts and Sciences Racial and Social Justice Meeting was held over Zoom on September 23rd. The meeting included a few presentations and covered racial justice programs in Iowa’s past and present.

The University of Iowa’s College of Liberal Arts and Sciences centered its theme for this school year around pursuing racial justice with a focus on diversity, equity, and inclusion.

The college’s Director of Strategic Communications Nic Arp said the main idea is for UI students, staff, and faculty to reflect on their own implicit biases and where they can be better community members.

Arp said the college had already begun to improve diversity, equity, and inclusion, but — as the Black Lives Matter movement rose in prominence over this summer — it was apparent that this would be an ideal time to introduce the theme year.

“We talk all the time about institutional and systemic racism and bias and whatnot, but the UI is part of those institutions and systems, too,” Arp said. “I think that over the summer, with the reinvigorated BLM protests, after George Floyd’s murder, and Ahmaud Arbery, and [Breonna Taylor]’s murders – we were already working on these things but then it just gave a real sense of urgency.”

He also mentioned Sara Sanders, the college’s interim dean, and how she is passionately involved in diversity work at the UI. Arp said Sanders was a driving force in establishing the college’s current theme year.

“Before she became an interim dean, she was an associate dean, and our collegiate director of DEI. She started working on issues like this because you know, as a college, we just have never been focused” he said. “We’re a huge, sprawling college, and so it’s hard to do things sometimes as a college.”

In an email sent to UI students, staff, and faculty within the college, Sanders explained the central drive of the theme year and what it entails.

“A Historically White University: Pursuing Racial Justice at the University of Iowa is a “theme year” initiative during which our community will engage with the University of Iowa’s history as a majority white institution,” Sanders said in the email. “In this series of events held during the 2020-21 academic year, CLAS faculty, students, and staff will be invited to explore these questions through cross-disciplinary lenses, and work together to build a stronger departmental and college community.”

The college will host several webinars to engage students, staff, and faculty. There are different topics for each month, and each month will involve participation from different departments — something Arp said will help provide an intersectional look into racial equity.

The first webinar, hosted on Wednesday night, focused on past and present racial and social justice movements.

Brian Lai, associate professor and chair of the Department of Political Science, said he is responsible for facilitating and coordinating efforts for the September events, focusing on racial inequality and activism in Iowa City.

He said that the recent webinars have gone well with hardly any technological issues, and explained how the monthly theme ideas came together, as well as why the specific themes were chosen.

“It started out as a sort of very broad group of representatives from different departments, and we started talking about, ‘What’s the best way to do this?’” Lai said. “We came up with a couple of themes that we thought would relate well to the way in which the college interacts with students as well as the broader community.”

He added said there are multiple routes that encourage student involvement in these webinars, one being the individual departments advertising the events.

“Our plan was there would be sort of a couple ways to get students involved,” the professor said. “One is at the top college sending messages, and then more locally, having units that are interested in these topics or that think their students would be interested, to sort of advertise, so that you have the college advertising it and then the departments advertising it as well.”

Arp said that events are designed so instructors can assign their students to attend and reflect on them as part of their classes. The college also provides readings and resources following each event, encouraging further discussions on the topic.

He also said this theme year encourages the UI to study the past mistakes made related to racial inclusion, but also to focus on how it can improve and make the university a safe and comfortable space in the future.

“[This is] supposed to be about examining our own history as an institution, so these are really designed to look inward and see where are we, how have we gotten here, and where can we go,” Arp said. “What can we do to make ourselves a more equitable and inclusive environment?”

Lai added that other goal of this initiative is to prompt discussion within the UI about how to move forward and positively change the community.

“Our hope is at the very end, that as a college, we can have discussion about ideas that are being put forward at the university, at the college level, even the department level, about ways to create more equity, inclusion and diversity within the college and university,” Lai said.