After calls from some members of the community, the Johnson County Board of Supervisors will change the namesake of Johnson County so it's no longer named after a slaveholder. 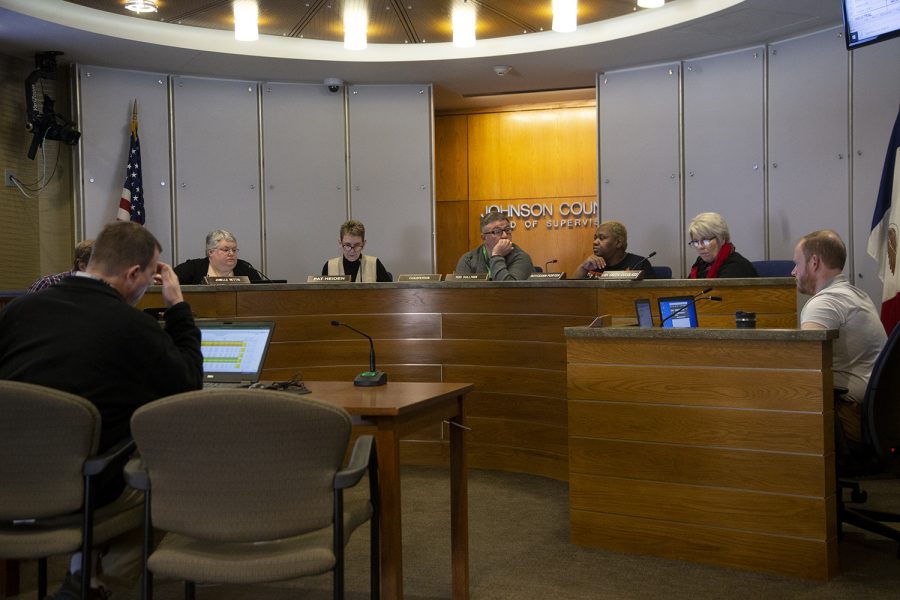 The Johnson County Board of Supervisors meets on Tuesday, Jan. 21, 2020. The Supervisors discussed budget items for the year.

Johnson County will have its namesake changed to honor Lulu Merle Johnson, an alum of the University of Iowa and the second Black woman in the U.S. to earn a doctorate in history.

The Board of Supervisors created a committee in July to recommend changes this summer after high-profile calls — from the likes of Ambassador Ron McMullen and UI special collections archivist Dave McCartney — to change the namesake of the county, which is currently named after former Vice President and slave holder Richard Mentor Johnson.

Mentor Johnson was vice president when Iowa became a territory, but had no ties to the state beyond that. Johnson held slaves and was married to an enslaved woman, Julia Chinn.

The board agreed in a work session Wednesday to change the namesake to Lulu Merle Johnson, someone advocates said is more deserving of the title, and someone who has local ties to the area.

“Dr. Lulu Merle Johnson’s experience, her activism, and her professional achievements, we feel really represents the best of Iowa and the best of Johnson County,” said Leslie Schwalm, the chair of Gender, Women’s, and Sexuality studies at the UI. “Her farm to faculty experience really exemplifies our county’s unique contributions to the state.”

Lulu Johnson was born to a farming family in Southwest Iowa, and her father was born into slavery, according to a research document provided by the committee. Johnson was one of only 14 Black women at the UI when she attended, and the university was still heavily segregated.

After earning her doctorate from the UI in 1941, Johnson worked as a professor and administrator at several historically Black colleges and universities.

Members of Lulu Merle Johnson’s family were also on the call with the eponym committee to speak with the supervisors.

Assistant County Attorney Ryan Moss said that County Attorney Janet Lyness and summer interns had done research on the legal process of changing the namesake of the county, and he would present recommendations to the board on how to initiate the process.

Board of Supervisors Chair Rod Sullivan said he’d like to set up a monument or plaque to commemorate Lulu Merle Johnson and hold a ceremony when the change is made official.

“I think it would be an honor to have a celebration in her name where the community could celebrate as well,” Supervisor Royceann Porter said.