The effort to revive the four sports that will be discontinued at Iowa is now ramping up. 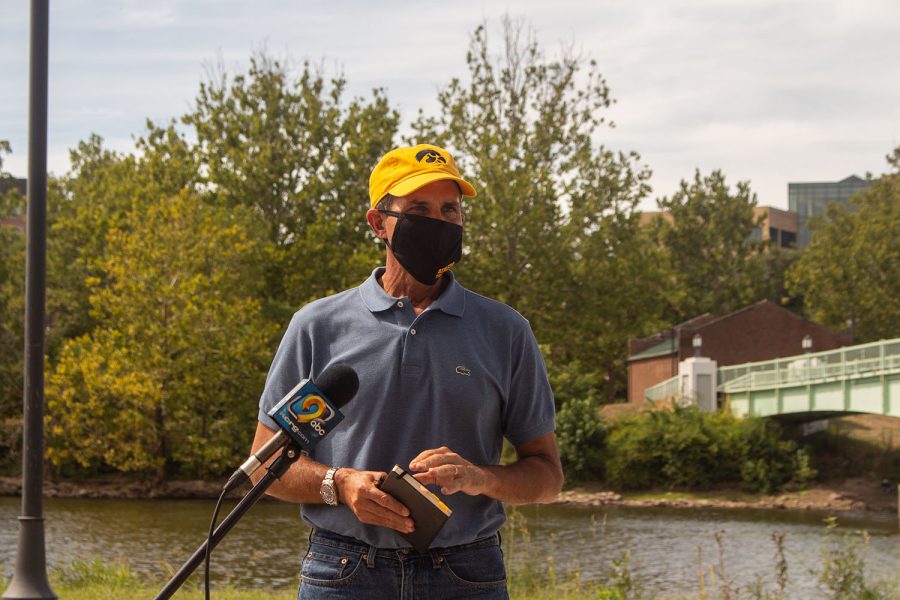 A pledge-based fundraising campaign to support the four sports that will be discontinued at Iowa at the end of the 2020-21 academic year officially launched online Monday afternoon.

The pledge form can be found at saveiowasports.com. Above the pledge form is a statement urging those that have the means to make a pledge. Should any of the four discontinued sports programs be reinstated, those that fill out the pledge form will be called for a donation to help fund the programs. A monetary donation is not required at the time of the pledge.

The letter states that the Save Iowa Sports group is gearing up to present its plan to Iowa Governor Kim Reynolds next week.

“We plan to present our business model to Iowa Governor Kim Reynolds next week. We think Iowa should be the model for a sustainable AND successful athletic program. Our plan is built around decreased expenses and increased revenues with a significant portion from private donors.”

UI Athletics Director Gary Barta and President Bruce Harreld have previously stated that no outside funding for these sports will be accepted.