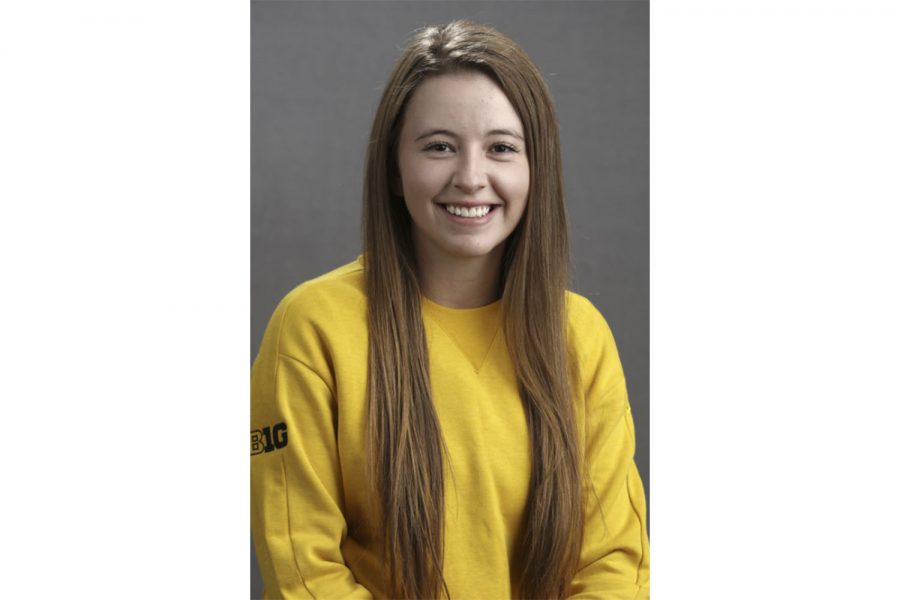 Even though the Iowa women’s golf program can’t compete in tournaments as a team this fall because of the COVID-19 pandemic, the group is trying to simulate competitive situations as best it can.

“We obviously are looking for competitive opportunities this fall, and it was a really good opportunity for them to compete with each other, so we’ll definitely do it again,” head coach Megan Menzel said.

The intrasquad tournament at Finkbine Golf Course was largely a player-run event and served as the team’s first real competitive event of the season. The tournament included two rounds of stroke-play over Labor Day weekend for seeding in this weekend’s match play tournament. Each player competed in three match-play matches last weekend.

The coaches wanted the team to play competitively against one another, but the players made it happen.

“One of our teammates, Dana Lerner, she organized it,” Galloway said. “She set up all the tee times, and made a little bracket as well, so she really took point on that.”

As for the bracket, Galloway and Zeitler were seeded first and second after the two rounds of stroke-play and didn’t disappoint in match-play.

Galloway beat fellow sophomores Lilly Gentzkow and Lerner in the first matches to advance to the championship match on Sunday.

“I haven’t been able to play a competitive tournament since March, so being in that competitive atmosphere again was good for me,” Galloway said.

In the final match on Sunday, Galloway started slow, just as she had done on Saturday, but with Zeitler 2-up through 12 holes, the top seed turned it on.

“Both rounds I had a flip switch,” Galloway said, “I played bad on the front [nine] and then I was able to completely restart and kind of get it going on the back [nine.] I was 2-down going into 13 [yesterday] so my back was up against the wall. But I was able to get my stuff together and get it done.”

Heading to the final hole all square, Galloway made a difficult par on 18 to win the match as Zeitler made a bogey after getting out of position with her approach shot.

“18 you could tell both Lea and I were very nervous,” Galloway said. “We both hit really good shots, but the adrenaline was pumping, so we had really tough putts coming down the hill. She had a chip down the hill. Once I got my putt close and she didn’t, I was like ‘alright, I have to make this putt now’ so when I made it, I was shaking.”

Galloway, a native of Rio Rancho, New Mexico, played 26 rounds for the Hawkeyes last season and finished in fifth place overall at the Entrada Classic, shooting rounds of 72, 77, and 71 for a four-over-par total, just two days before the season came to a halt last spring.

After the success of this match-play event, the team may try to do an intrasquad stroke-play event later this fall.