The UI College of Law created a summer committee to generate change regarding diversity, equity, and inclusion. The committee presented a 22-page report in just two months. 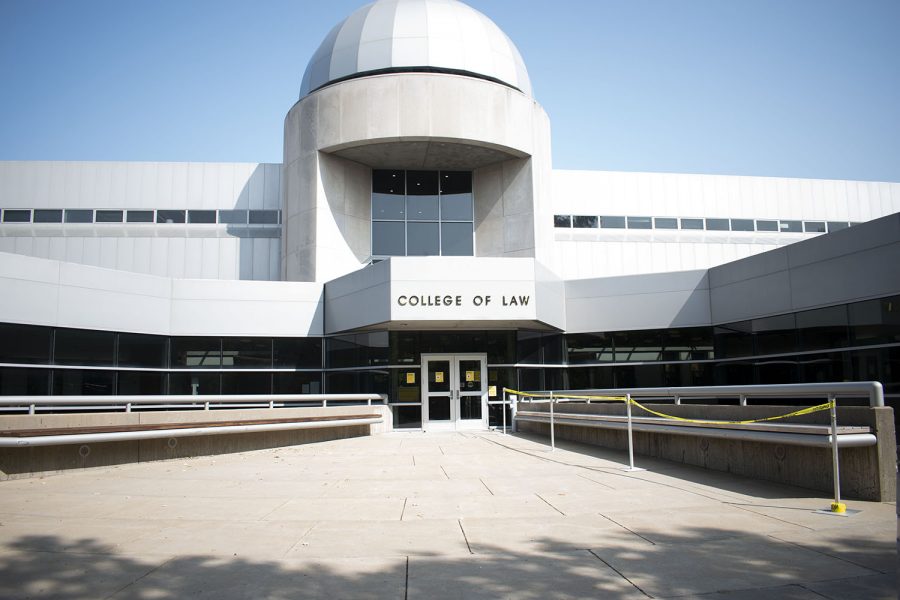 The Iowa Law Anti-Racism Action Committee produced a report two months after its initial creation with immediate action plans that are being implemented at the University of Iowa’s College of Law.

“In late spring [the UI College of Law] realized that this was a historical moment of reckoning with this country’s history and racism,” he said. “…We are a law school, so we want to be part of the leadership on these issues. We expect our graduates to become lawyers and leaders. We had an opportunity to lead and we took it.”

Anti-Racism Action Committee Chair and Associate Dean Adrien Wing said she helped write the 22-page report that isolated eight areas – including funding, curriculum, and recruitment – the UI College of Law will be focusing on in terms of expanding diversity, equity, and inclusion and furthering anti-racism work.

In 2019, about 19 percent of the student population at the law school were people of color, below that of the university as a whole. Five out of the 44 voting faculty are Hispanic, and out of the faculty who have left for other schools over the last ten years, five out of eight were Black or of Asian descent, according to the report.

“This monoculture does not serve our students as well as it could, and does not prepare them to practice law in an increasingly diverse world,” the report said.

Wing said she is proud of the action element of the committee and their report as well as the immediate action that has already been taken by the UI College of Law to execute the report’s guidelines and suggestions.

“The University of Iowa is going to stand out when [people] look back,” she said. “We have the leadership…to make this work. When you have a leader, like Dean Washburn, who is committed to using resources to handle DEI issues…What makes this work is the buy in from the faculty, staff and students.”

RELATED: UI graduate students struggle to maintain safety and trust in their programs

One of the changes already made at the College of Law was the creation of the new Director of Diversity, Equity and Inclusion and Global Engagement and Senior Human Resources director position, said Wing. Neda Barrett filled the position in late August.

Barrett said her current goal is creating project management tools to make the committee’s report into actionable steps. Even though the committee has since disbanded, she said the things that change going forward will be incredibly important.

“All of the sections of the report are equally important,” she said. “But some projects will take longer…This position to me is really important so DEI issues are focused on. It needs to be a cornerstone in everything that we [in academia] do.”

Another change that has already been implemented was the creation of an alumni council oriented in diversity, something second-year law student Meddie Demmings IV said he was involved in. He said the council has been discussed for years, but was officially created this fall.

Demmings also serves as the student chair of the UI College of Law’s Diversity, Equity, and Inclusion Committee and said the college’s commitment to action is unique and proves its commitment to its students.

“We are definitely pushing for a lot of change very quickly,” he said. “We’re already getting started on initiatives. To me, it means everything. I’m only here for three years and being able to get things off the ground and see them be implemented while I’m here makes me feel proud.”

While many schools are making statements of support for the Black Lives Matter movement, Washburn said it was crucial for the UI College of Law to add actionable steps. He said he wants to shake up the fall semester and start where the committee left off to implement change as soon as possible.

“We don’t want to waste time,” he said. “This was an action committee…Action is the most important thing. Words are hollow without action. We wanted to make sure we are taking steps to implement change.”