A budget report scheduled to go before the state Board of Regents also projects a $74.7 million deficit. 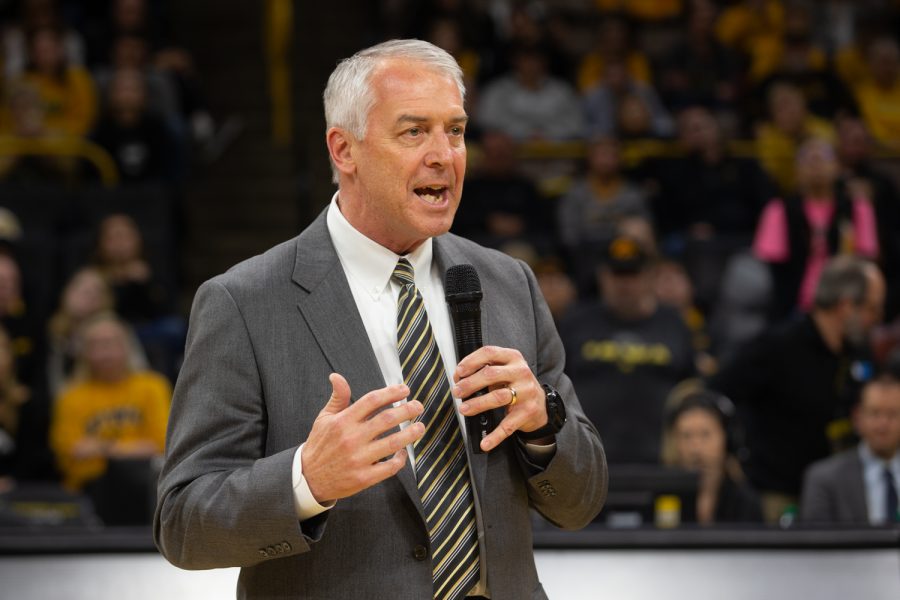 The University of Iowa athletics department is projecting a $74.7 million deficit and a $96.9 million drop in revenue this fiscal year because of the COVID-19 pandemic. These projections do not factor in any revenue from a potential fall football season and assume winter sports will compete and generate income.

UI Athletics is projecting $23.2 million in fiscal 2021 income, down from the $120.1 million the department brought in last fiscal year. According to a budget report on the agenda for a Sept. 23 state Board of Regents meeting, the department is projecting a $74.7 million deficit that will “require outside assistance to bridge the financial shortfall.”

As previously reported by The Daily Iowan, Athletic Director Gary Barta said the department is working toward securing a $75 million loan.

If winter and spring sports cannot compete, the report reads, there would be additional reductions in revenue and expenses.

“This budget assumes not having fall sports in the spring, as a worst-case scenario,” the report reads. “If the circumstances change, there would be the potential for additional income and expenses for those fall teams competing in the spring.”

While this budget does not anticipate football revenue this fiscal year, multiple reports indicate that the Big Ten presidents and chancellors have been presented a plan for the conference to return to play in October.

According to Jeff Potrykus of the Milwaukee Journal Sentinel, the presidents and chancellors have voted to start the season in October and the Big Ten will make a formal announcement Tuesday.

Nebraska president Ted Carter leaked news earlier that the B1G is set to announce it’s 2020 football plan today. This is confirmed. Polls are closed. Votes are in. Time for #Badgers fans and their pals across the league to celebrate.

Brett McMurphy of the Stadium Network tweeted that the Big Ten’s first option is to start an eight-game regular season on Oct. 17.

The Big Ten previously announced on Aug. 11 that fall sports, including football, had been postponed because of ongoing concerns with the COVID-19 pandemic.

The UI has already cut four sports — men’s and women’s swimming and diving and men’s tennis and gymnastics — citing financial shortfalls following the Big Ten’s decision to postpone its football season. The four programs will be discontinued at the end of the 2020-21 academic year, which Barta said will save the department $5 million annually.

Barta said that the four cuts are final.

The athletics department is self-sustaining and receives no support from the General Education fund. According to the report, UI Athletics has already transferred $3.6 million from reserve funds in the 2020 fiscal year, leaving a balance of over $4 million in reserve funds.