While some local bed and breakfasts remain open in limited conditions, others had to close their doors entirely as a result of COVID-19 and the risks of housing travelers. 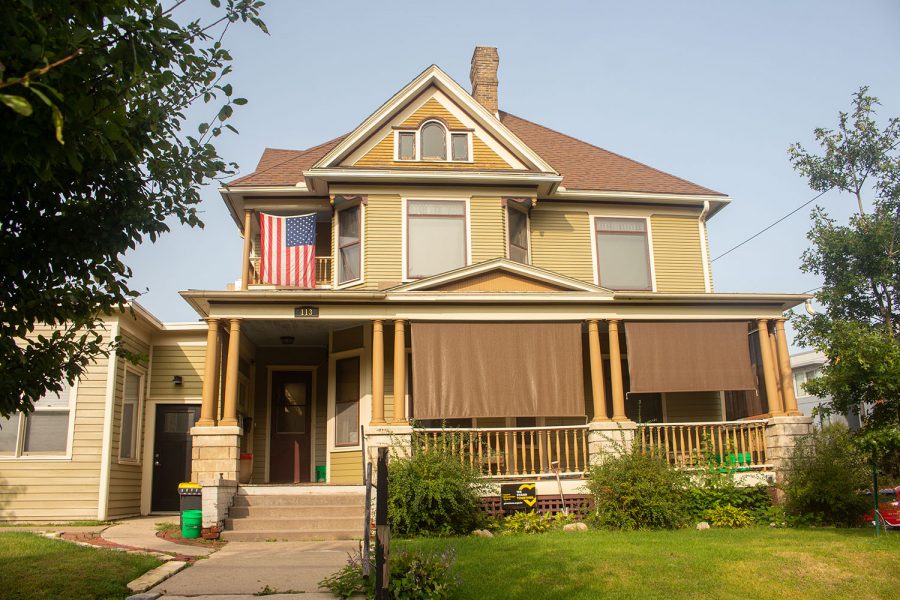 The Burford House Inn as seen on Sept. 14.

Bed and breakfasts significantly changed how they housed guests this year, and some that closed in March under challenges presented by COVID-19 are still waiting to reopen.

The Burford House Inn, owned and operated by Mark McCallum, is one of the Iowa City B&Bs still open and accepting guests, though in limited numbers and only through directly booking over the phone.

McCallum said part of what allows him to stay open is that the rooms his guests stay in have amenities in them that do not require his guests to leave their rooms often, such as private bathrooms and mini-bars.

He added that operating a B&B is heavily dependent on the season, and that he gets surges of guests for significant events such as football games in the fall and commencement ceremonies in the spring.

“Every corner of the year is a little bit different, but consistent in that COVID pretty much wiped everything out,” McCallum said. “In January and February, often I’ll start taking deposits on rooms because I’ll get the writers who’ll come down for a week at a time at summertime…they pre-pay their stay and in April I refunded over $5000. These were non-refundable reservations, but I felt compelled to refund them.”

The hospitality businessman said he provided transitional housing last spring for people who were displaced by COVID-19 in order to make up for lost revenue.

McCallum said he usually hires students from the University of Iowa to help him clean rooms in between guests, but he has since taken on that responsibility entirely on his own. In addition to doing the typical cleaning for each room, he said he started using ultraviolet lights as an additional measure of sterilization.

“I do the room cleaning and then I put a UV light in the room for an hour for the final cleaning,” McCallum said. “It’s a UV light that covers 600 square feet; most of my rooms are not that big.”

He said he puts the lights on the furnace to prevent circulated air from carrying the virus between rooms that share heating and cooling systems.

Mark Ruggeberg, who co-owns the Brown Street Inn with Bob Brooks, said they are completely closed because there is no way to safely distance when inviting people into someone’s home.

Ruggeberg said he was unsure on when they would be able to open back up.

“The timeline keeps changing and there are too many variables to have an accurate timetable,” he said.

Daissy Owen, owner of A Bella Vista Bed & Breakfast, said her place has been closed since March, after one of her guests — who she said was a physician — recommended shuttering for the year.

Owen is 82 years-old, and she said she fell under the high-risk category if she were to contract COVID-19. She said she is lucky she doesn’t rely solely on money from the B&B, but she misses having guests stay with her.

“The social life with my guests has been absolutely wonderful,” Owen said. “I always thought of my guests as my family, and the young people as my grandchildren. That’s what the bed and breakfast has been to me, family coming to visit.”

She said she would like to open as soon as she can feel safe with others in her house.

“I definitely would love to be able to open when it is safe,” the B&B owner said. “Hopefully by then, they’ll reach a vaccine. But you just don’t know; vaccines take a long time. I am hoping that the time will come when things will go back to — maybe not the way it used to be — but to better than now.”