Recent University of Iowa grad Isabela Flores was named temporary interim coordinator for the Latino and Native American Cultural Center on Campus. Flores worked for the center as the student lead up until graduating in May 2020. 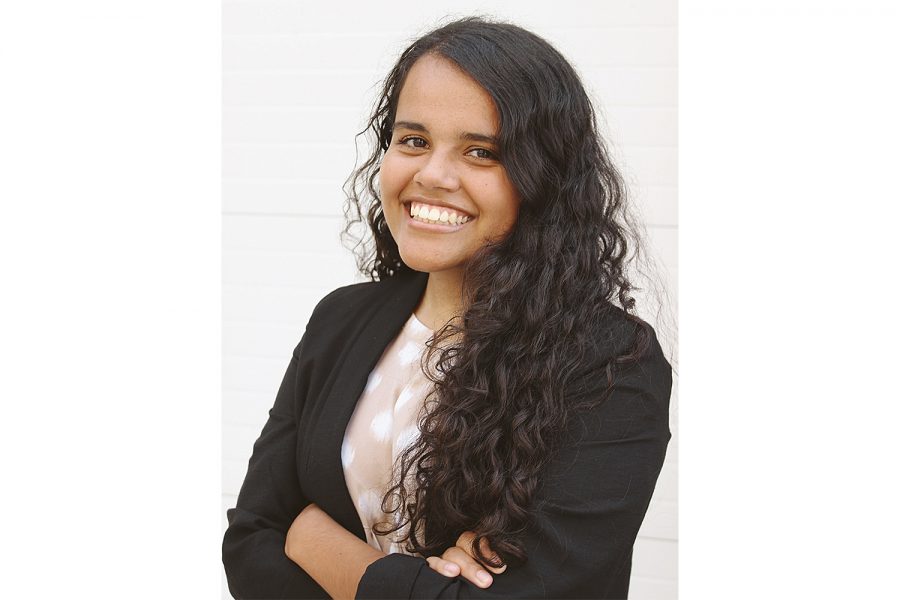 University of Iowa graduate Isabela Flores was recently named temporary interim coordinator for the Latino and Native American Cultural Center. After working for the center as a program assistant and student lead, Flores started her new role on August 30.

Flores, who graduated from the UI in May with a degree in elementary education, said she is excited to take on the new role and transition from student to staff member. The rest of the Multicultural International Student Support and Engagement professional team have helped make the transition easy with teaching her the behind-the-scenes things she was not doing as a student, she said.

She added that the most unique transition has been transitioning from peer to supervisor.

“The big word for me so far is just ‘newness’,” Flores said. “But in the form of embracing it.”

Though she does not have a graduate degree in formal student development, Flores said she is looking forward to implementing more personable strategies and ideas she used throughout her time working on the student side of LNACC.

She said she is excited to continue expanding the LNACC community and hearing about the innovative ways students have to stay connected during the pandemic.

RELATED: Interim Associate Director for the Office of MISSE to maintain sense of community online

“I hope that by the end of this academic year at least, [the students] feel accomplished,” Flores said.  “If we go this whole semester with one event that’s a success in my eyes because they did something — they made it to the end, and they were able to work, in whatever which way.”

Arce said they were very much a part of figuring out the pieces of Flores’ new position, and that they were looking for someone who could bring stability to the LNACC team.

Arce, who worked with Flores for two years while they were the LNACC coordinator, said the appointment will last for about one year. They are thrilled students will have someone that they know and trust, they said.

“With the students knowing that their coordinator is someone that they know, that trust level is also built already,” Arce said. “And so even on this virtual sense, sometimes establishing community or trust could be a little bit difficult for some people and so it’s nice that that barrier is not there.”

UI student McKrina Lopez, who worked with Flores last year as a LNACC center program assistant, said the whole center staff was shocked but excited when they found out Flores would be taking over as coordinator for the year.

“We all dropped our mouths, I remember that in the Zoom meeting.” Lopez said. “We thought that was a door that had closed but knowing that it had opened up again was really cool to see.”

Lopez said Flores was the one who encouraged her to become the center student-lead this semester.

“She saw potential that I didn’t see in myself, and now knowing that I have her beside me…I feel more comfortable taking this role for the LNACC and just for the community too, especially during a virtual setting,” Lopez said. “I feel like now we are going to be able to better communicate with our community and see what ways we can still interact with one another and kind of still create that LNACC vibe that we’re going to be missing since the center is closed.”