33 local BIPOC and Immigrant-owned businesses have received grants after being financially impacted by COVID-19. 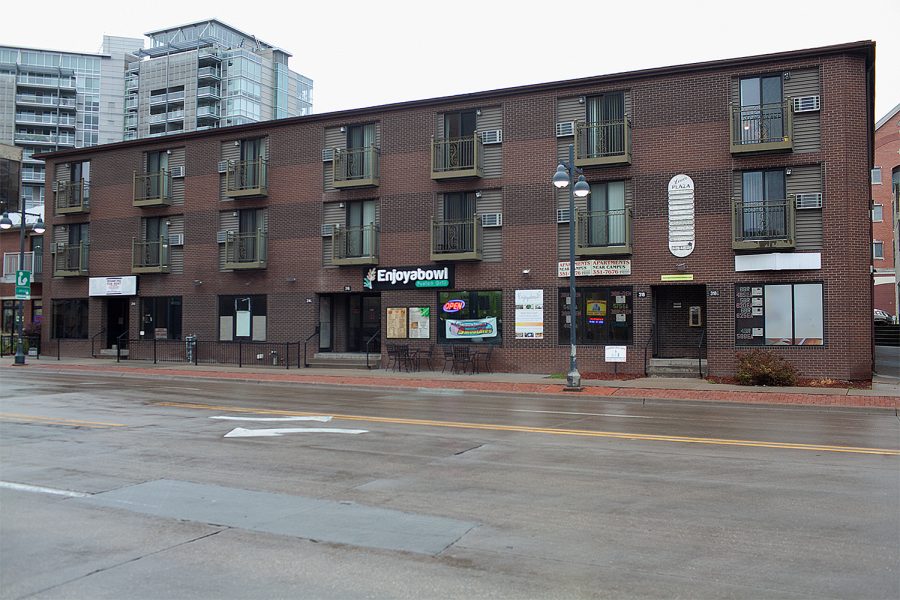 Enjoyabowl is one of many restaurants that have been awarded grant money from the BIPOC.

With COVID-19 forcing many businesses to close their doors and limit services within the past six months, bills have accrued and left some business owners without steady business.

“The idea came out of wanting to support traditionally underserved businesses, underserved from a perspective particularly with COVID-19, [that] have fallen through the cracks and not receiving funding, whether it be federal funding, state funding, and local funding,” Casko said.

She said the funding for this grant project came from local financial institutions, the City of Iowa City, and personal donations, including the automatic $5 donated with every $20 gift card from the Holding Our Own Shop Local gift card campaign.

Casko said the grant fund earned $51,950 to award to qualified businesses. A diverse panel of seven community members chose 33 businesses out of 50 that were eligible for the grants. These businesses were awarded grants ranging from $1,000 to $2,500, she said.

To be eligible, the businesses had to be a private, for-profit business or sole proprietors; at least 50 percent BIPOC or Immigrant-owned; located in Johnson County; and had to experience financial losses because of COVID-19.

Casko said as part of the application process, the fund asked businesses how the community could provide additional support. Answers ranged from a boost in funding, customer spending and support, marketing and promotional visibility, and access to advisers to improving their business, she said.

“We really are taking that feedback from the application and we’re gathering up a group of folks…to really talk about, ‘how do we build the most supportive [environment and] support system we can build, to really support BIPOC and Immigrant owned businesses from the start?’” Casko said.

Casko said Project Better Together sees the grant fund as an initial step with short- and long-term efforts to support local BIPOC and Immigrant-owned businesses.

“In the meantime, what we’re trying to do is just to push out awareness,” Casko said. “We shared the list of the 33 [grant fund] recipients [and] also posted on our IC Area Together web page a list of BIPOC businesses in our community, to encourage the community to support them.”

Chiropractor and Owner of Chiro Today Amin Nekoomand was one of the 33 business owners awarded grant money. He applied for the grant fund approximately two months ago, he said, and a week after Project Better Together announced the recipients of the grant funding, he received his check of $1,000 in the mail.

Nekoomand said he has not yet been able to write himself a paycheck since opening his business in Feb. 2019, having to focus its funds on paying employees and various bills, which meant that he was not able to file for unemployment.

Nekoomand said most of his bills accumulate towards the end of the year, providing his practice an opportunity to bounce back within the first few months of the new year. COVID-19 arriving in early March presented many issues, he said.

“Almost all my bills come from December through January, and that’s about $10,000 worth of different things,” Nekoomand said. “It drains our account really fast, then within the couple months that I was allowed to start getting back on my feet, that’s when [COVID-19] hit.”

Nekoomand said he was negatively impacted mentally and physically, as well, by the stress of seeing patient numbers decline nearly 75 percent during COVID-19.

“Mentally, I spend a lot of days actually breaking down in tears randomly, in front of patients or at home in front of my family, a lot of lost nights of sleep,” Nekoomand said. “Having to go through mental, physical, and financial [stress], it really affected my pain.”

Nekoomand said he used grant funding to pay the business’s annual bill to the Chamber of Commerce, and pay for necessary bills such as electricity, gas, internet, and other services. Although he would have liked more, he said he is thankful for the additional funding.

Nicholas West, Owner of The Red Bowl Korean BBQ Taco Truck, said that similar to Nekoomand, he applied for the funding in mid-July and received it at the end of August. West said that this additional funding helped pay several of his bills.

“I had some equipment that I’ve had to order, so I had a lot of bills to pay off for the truck,” West said.

West said that this grant funding has helped ease some of the stresses that come with being a small business owner.

“Mentally, as a small business owner, there’s so many things you have to keep track of day-to-day, week-to-week, and month-to-month,” West said. “If you can knock some of those monthly payments out that are always hanging over your head, from bills and things, it’s always a great way to ease your mind a little bit.”