In 2020 alone, 2.2 million acres of land have burned in California, making it the state’s highest one-year number of burned acres in recorded history. 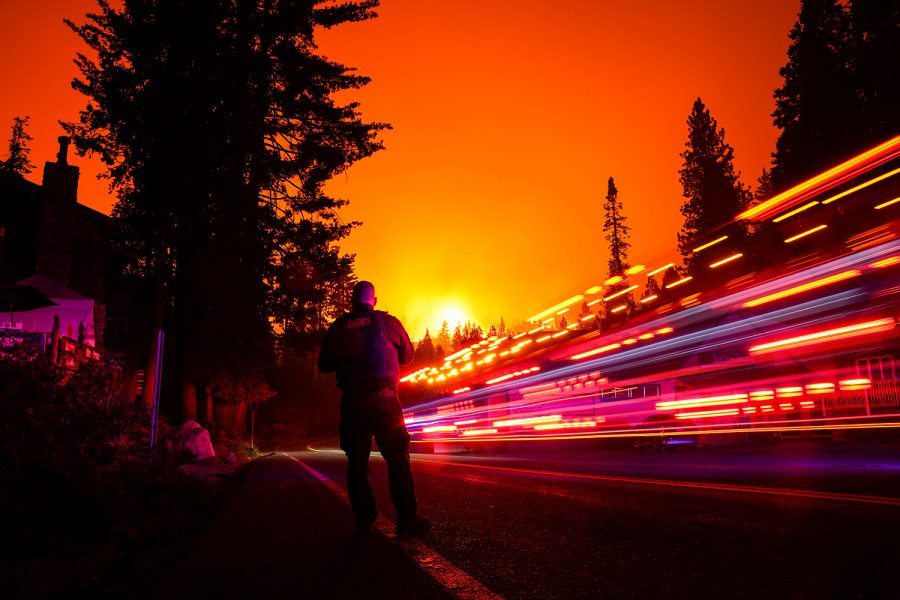 University of Iowa faculty and students from California are remembering their personal experiences with wildfires, as fires continue to blaze in Northern and Southern California.

As of Sept. 8, CNN reports that more than 2.2 million acres of land have been burned by California wildfires in 2020 alone, making it one of California’s highest one-year number of burned acres in recorded history.

With at least 22 large fires spreading throughout the state, these fires have continued to burn due to dry and windy weather conditions along with scorching hot temperatures, according to CNN. There were several fires that were caused by lightning strikes, along with one of the most recent fires being caused by a pyrotechnic device used at a gender-reveal party in San Bernardino County.

UI sophomore Katie Perkins, who is originally from the Los Angeles area, said she has many friends who evacuated their homes because of the wildfires in 2018, and as a result of the wildfires currently occurring throughout the state.

Rather than having snow days or other events where students would get a day off school due to inclement weather, Perkins said that California had fire days for students.

“We don’t have snow days obviously in Southern California,” Perkins said. “We would have fire days if the ash was too bad or the air quality was too bad. We wouldn’t go to school because our schools are totally outside — we don’t have cafeterias and stuff.”

UI Lecturer in the Department of Rhetoric Stephanie Tsank said she is originally from San Diego, where she grew up and attended college at the University of California San Diego.

Tsank said while she was in college, there was an instance where a wildfire caused such a decline in air quality levels near the campus that the university made the decision to send students home for a week.

Tsank said she felt anxious and uncertain about what effects the fires would have back in 2008 — a feeling she said is relative to what many are experiencing during the COVID-19 pandemic.

“I definitely remember feeling very anxious about it and concerned, not dissimilar to what I think we’re experiencing right now, with the constant feeling of being in flux and just worried about what’s going on around us,” Tsank said.

Also from Southern California near the Santa Clarita area, UI Lecturer in the Department of Rhetoric Bevin O’Connorsaid she believes the wildfires grew increasingly worse in the mid-to-late 2000s, while she was in high school.

“At one point between 2004 and 2008, Santa Clarita was encircled by wildfires,” O’Connor said. “There were just fires surrounding the valley, which was scary and definitely new — there hadn’t been anything like that before.”

O’Connor said she had always lived through a fire season in southern California, but there were never multiple, devastating fires occurring at once in different areas.

O’Connor said she feels as though climate change is mostly to blame for the recent surge of wildfires — something that she feels needs to be more widely addressed.

“I think that the most important thing is that there needs to be much more serious action at the government level regarding climate change,” O’Connor said, “… and that these factors need to be taken very seriously because California is on fire, and I think that that is a direct result of global warming.”