The Johnson County District Court will hold a hearing Wednesday for a lawsuit filed by the Trump campaign that could potentially invalidate thousands of ballot-request forms. 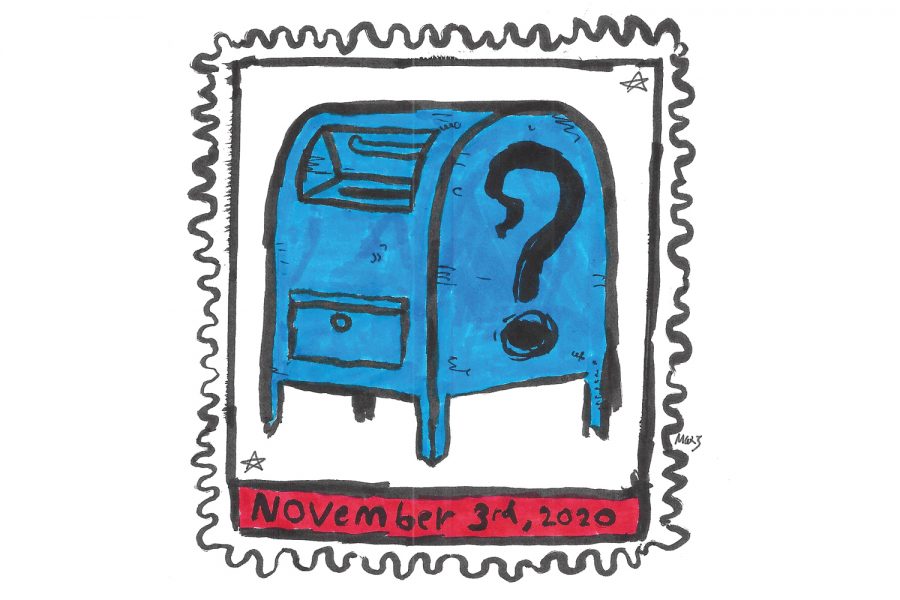 Today the Johnson County District Court will hear a case regarding the county auditor’s decision to send out ballot-request forms with pre-filled information — the last of the three Iowa counties the Trump campaign has sued.

District Court judges in Linn and Woodbury Counties ruled in favor of the Trump campaign in August, which means thousands of ballot-request forms with pre-filled information sent out by county auditors will be invalidated.

If the Johnson County District Court rules in favor of the Trump campaign, 25,000 ballot-request forms turned in by Johnson County voters will no longer be valid, and those voters will have to fill out another ballot request on a form that does not include any pre-filled information.

The lawsuit documents filed by the Trump campaign against Linn, Woodbury, and Johnson Counties say the mailings are illegal because they directly oppose the directive of the Iowa Secretary of State that requires auditors to send blank ballot requests. Plaintiffs in the lawsuit argue that the pre-filled ballot requests interfere with the integrity of the election, because ballots can be intercepted or mailed to the wrong address.

Johnson County Auditor Travis Weipert said he sent out the pre-filled requests to make voting as simple as possible for Johnson County voters. By sending out ballot request forms with information — such as name, age, address, and voter PIN — already filled in, the process is more efficient, Weipert said, because registered voters have less steps to take when their information is filled in for them.

“Mail-in voting is incredibly safe,” Weipert said. “There are plenty of checks and balances in the system. Voters should not be worried about whether or not their vote will properly count.”

A law signed by Gov. Kim Reynolds in June allows Iowa Secretary of State Paul Pate to change voting procedures with oversight approval from the Legislative Council. On July 17, the council granted his request to mail every registered voter in Iowa a blank absentee ballot request forms, and Pate directed county auditors to mail only the blank forms as well.

In 2016, 693,709 Iowans requested absentee ballots for the general election. In Johnson County, 53 percent of voters who cast ballots in 2016 voted early or by absentee — the second highest in the state. This year, 420,389 Iowans voted by absentee ballot in the June primaries.

Related: State and counties ramp up poll worker recruitment ahead of general election

Karen Fesler, secretary of the social committee for the Johnson County Republicans, said that most Republicans are not in agreement with mailing out ballots to everyone in the area who is registered to vote without them being requested. She said voters need to request the ballot ahead of time.

Fesler said that sending out pre-filled ballot-request forms when the Iowa Legislature passed a bill that prohibits them from doing so, was wrong on Johnson County’s part. She said that anyone could pick up that form, sign it, and turn it in, so people need to fill out their own ballot request.

“Pre-filled ballots are a security problem. There is a lot of personal information on that form that could get into the wrong hands,” Fesler said. “Sending these ballot requests just did not follow the directive laid out by the state.”

According to court documents, the Iowa Republican Party and the other plaintiffs argued that the Johnson County Auditor violated a July 17 order made by the Iowa Secretary of State, stating that every Iowa voter must be mailed an absentee ballot-request form that is blank except for the election date and type.

According to a brief filed by the Trump campaign, “Iowa voters may participate in an election through traditional in-person voting or by casting an absentee ballot before election day. In both circumstances, Iowa law requires the voter to provide information that the voter is who he or she claims to be before election officials permit the voter to cast a ballot.”

According to the brief, which was filed on Aug. 10, voters who wish to cast an absentee ballot must make a written request to the local county auditor to receive an absentee ballot. The Johnson County auditor’s actions similarly threaten the integrity of the upcoming general election, the brief filed by the Trump Campaign said.

“Iowa law requires a voter to provide certain identifying information on an Absentee Ballot Request form. The defendant has willfully defeated this election integrity measure and increased the resources the plaintiffs will be required to expend to prevent and detect fraud in the upcoming election,” the court document said.

While the lawsuits in Woodbury and Linn Counties have heard ruling regarding their pre-filled ballot requests, the hearing in Johnson County is scheduled for Wednesday, Sep. 9.

Weipert said he could not share his thoughts about the legitimacy of the Trump campaign’s lawsuit while there is still pending litigation.

The hearings for Linn County and Woodbury County, which took place on Aug. 27 and 28, declared that over 60,000 ballot-request forms that voters returned in these counties will not be viable. These voters will have to resubmit ballot requests on standard forms.

Trump has continuously discouraged mail-in voting throughout his re-election campaign. On June 22 the president said in a tweet that due to mail-in ballots, the 2020 election will be the most rigged in history and that they are using COVID-19 as an excuse to cheat through mail-in voting, it was not clear who “they” was in his tweet.

“Absentee Ballots are fine. A person has to go through a process to get and use them. Mail-In Voting, on the other hand, will lead to the most corrupt Election is USA history. Bad things happen with Mail-Ins,” Trump said in another tweet.

The Trump Campaign has filed lawsuits in five states over matters relating to mail-in voting.

In August, the Trump Campaign filed a lawsuit in Nevada to oppose the governor’s plan to send ballots to every active registered voter in the state, and in New Jersey to oppose the governor’s executive order to administer the 2020 election almost exclusively by mail. Montana Gov. Steve Bullock was sued by the Trump campaign on Sept. 2 over Bullock’s plan to allow counties to decide if they want to administer ballots exclusively by mail.

On Sept. 3, the Trump campaign filed legal action against six Navajo Nation residents who sued the state of Arizona, arguing that election officials count ballots sent by Navajo Nation members that are postmarked on or before Election Day and received within 10 days of the election.

Ed Cranston, Johnson County Democratic Party chair, said that voters have no reason to worry about the legitimacy of this year’s election.

Depending on results from today’s hearing, Johnson County voters may have to resubmit their absentee ballot request forms. If the judge rules the forms to be invalid, those who had already turned in their forms must resubmit with an originally blank form.

“Put the pandemic into the situation, and with the high numbers of [COVID-19] locally, it makes sense for people to request an absentee ballot,” Cranston said. “Many people should not be out and waiting to vote. Mail-in voting provides more people access, especially those with mobility issues.”

Editor’s note: The Daily Iowan initially cited a law that prohibited auditors from using a voter registration database to fill out missing or incomplete information on an absentee ballot request form. The relevant law to this case was a different one which allows Iowa Secretary of State Paul Pate to change voting procedures with oversight approval from the Legislative Council. The DI regrets the error.