A brief from the league confirmed Monday that the Big Ten presidents and chancellors voted 11-3 to postpone the fall football season. 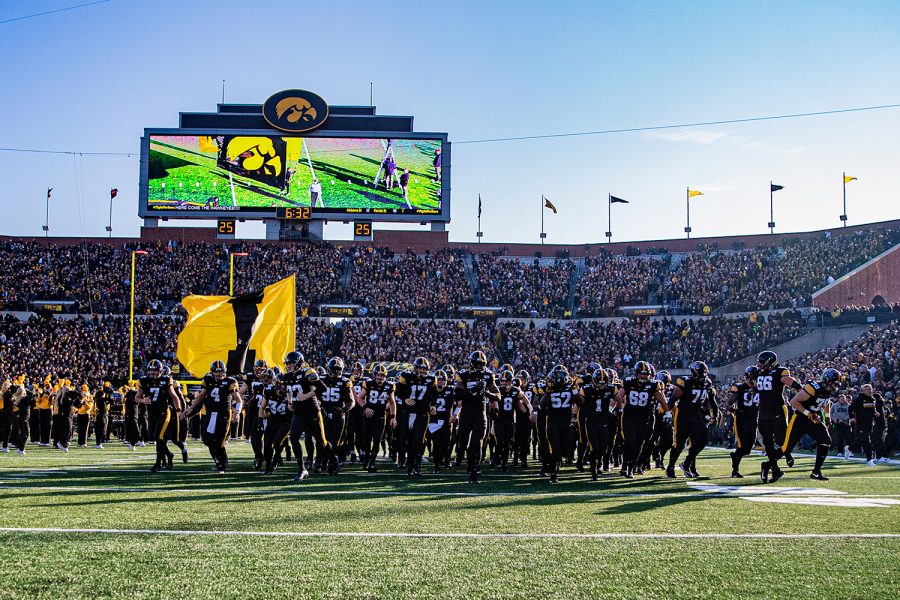 Iowa players run onto the field during a football game between Iowa and Minnesota at Kinnick Stadium on Saturday, Nov. 16, 2019. The Hawkeyes defeated the Gophers, 23-19.

The Big Ten presidents and chancellors voted 11-3 to postpone the fall football season, the conference confirmed on Monday in a brief and two affidavits filed in response to a lawsuit from eight Nebraska football players. The details of the documents were first reported by The Athletic.

According to a report by ESPN, Iowa, Ohio State, and Nebraska were the three schools that voted in favor of competing in the fall.

“The decision by the Big Ten Conference Council of Presidents and Chancellors was based on the input of several medical and infectious disease experts in the best interest of the health and wellness of student-athletes and the surrounding communities among the 14 member institutions,” the conference said in a statement.”

Statement from the Big Ten: pic.twitter.com/12j953OTl1

Iowa Athletic Director Gary Barta confirmed on a video conference Aug. 24 that a vote on the season did take place. Barta said he supported playing the football season in the fall, and thought the flexibility in the conference’s schedule allowed for the season to be delayed rather than postponed.

“We had created a schedule starting on Sept. 5,” Barta said on a video conference Monday. “It could have been pushed probably all the way to the first week in October to wait longer. To see if we could solve the issues related to COVID-19 that we didn’t have answers to yet.”

Barta said that University of Iowa President Bruce Harreld was also pushing for the season to take place this fall, which ESPN’s report confirms.

“He was aligned with me in working toward trying to push this as late as we could before a decision had to be made,” Barta said.

The Big Ten announced Aug. 11 that all fall sports seasons had been postponed due to ongoing concerns with the COVID-19 pandemic. Playing these seasons in the spring instead remains a possibility, although Barta discussed a scenario where the Big Ten football season could begin as soon as January.

“The Big Ten Conference continues to share the disappointment that student-athletes and families are feeling,” the conference said in a statement. “The Big Ten Return to Competition Task Force will continue to be transparent as it actively considers options to get back to competition when it is safe to play.”