The Iowa City City Council will discuss plans for a 30-day fall bow hunt to manage rising deer population in its meeting on Tuesday. 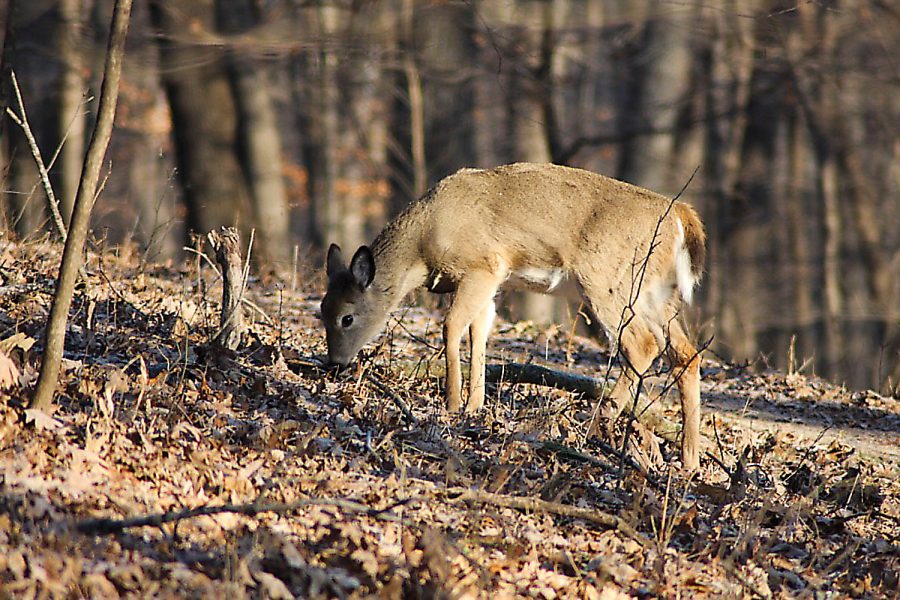 Iowa City is preparing to host the first of four annual public bow hunts, each lasting at least 30 consecutive days, in an effort to manage the rising population of local deer. The Iowa City City Council will discuss details of the bow hunt, including rules and regulations, in its Tuesday meeting.

The bow hunts are the product of an agreement made last year between the city council and the Iowa Department of Natural Resources (DNR) Natural Resource Commission (NRC).

Iowa City hired professional sharpshooters to hunt deer in designated areas to manage the deer population every year from 2000 to 2010 and last winter, as previously reported by The Daily Iowan.

Annual bow hunts will now be open to any licensed hunter and will replace sharpshooting until at least 2024.

Iowa City Deer Friends member Laurie Crawford, who opposes the implementation of an annual bow hunt, spoke at a city council meeting on Aug. 18 about her experiences with past bow hunts.

“I endured the Cedar Rapids bow hunt for 10 years before moving first to Arizona and then Iowa City to get away from the horrors,” Crawford said during public comment. “My one-acre fenced yard was posted with numerous no hunting and no trespassing signs. A hunter shot a buck in my yard Thanksgiving Day 2005 — I photographed the buck with the arrow in its side.”

Crawford said an annual bow hunt is unnecessary because deer eventually regulate their numbers themselves, based on the availability of food. She anticipates a natural decline in the local deer population following the effects of the recent derecho that swept through Iowa, Crawford said.

“When there isn’t sufficient food, the does will absorb their fetuses and they don’t have litters,” Crawford said. “It’s an ongoing thing. Once cities start bow hunting, they just keep doing it because the deer keep repopulating. It’s truly an opportunity for revenue — that’s really what it’s about.”

Members of city council said a bow hunt was not their preferred solution to the management of the city’s deer population.

From what she could tell of last year’s meetings, City Councilor Laura Bergus said the council went back and forth several times with the Natural Resource Commission and tried to avoid a bow hunt altogether.

“Absolutely if we could avoid it, that would be my preference,” Bergus said. “Of course, we want input on how the hunt happens … I’m confident [Deer Friends] have been taken into account and we’re discussing them.”

City Councilor Janice Weiner said she would prefer to delay the bow hunt by a year, if possible, and not have it surpass the 30-day minimum length as proposed by the Natural Resource Commission.

“I think it’s quite possible that the council will agree to ask the [Department of Natural Resources] if we can put it off by one year, given everything else,” Weiner said. “And just have a peaceful year without adding dead deer to the rest of all the trauma that everybody’s experiencing.”