UNI student, inspired by memory of sister, works to become a doctor

Nolan Ford, a biology and biochemistry double major at UNI, is trying to become a doctor at the hospital where his sister was treated for cancer as a child. 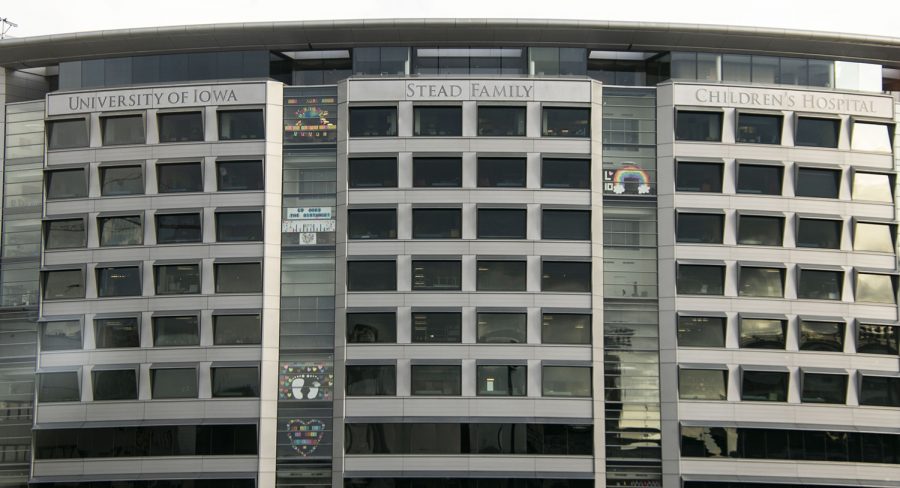 U of I Stead Family Children’s Hospital as seen on April 13,2020

One University of Iowa Hospitals and Clinic volunteer, Nolan Ford who hopes to one day become like the UI doctors who attended to his sister, who died from cancer at nine years old.

“My sister was about 18 months old when she was first diagnosed with cancer in her spine,” Ford said. “Our family lived in Rockwell City, a small rural community in northwestern Iowa, where we had very limited access to good health care.”

His parents quit their jobs to make a continuous six-and-a-half-hour round trip between Iowa City and Rockwell City. UIHC was the only hospital sort of close that they could treat their daughter, MacKenzie.

“My family had a high level of trust of everyone at the hospital from the doctors to the nurses,” he said. “When we arrived, they did an MRI on my sister’s spine and they didn’t know what they saw, and they didn’t know how to treat it, or even diagnose it. Everybody was very doubtful that she would be able to survive.”

Ford said thanks to relentless hard work, innovation, and compassion from many providers teaming up for his family, MacKenzie recovered after an unusually high dosage of radiation and chemotherapy, but soon had to fight her second battle.

“The second time she had cancer, it was when she was nine years old and it was located in her brain when they found multiple tumors while conducting an MRI test for her routine checkup,” he said.

MacKenzie went back to the UI Children’s Hospital for treatment, he said, which included seven rounds of chemotherapy and went through hundreds of blood transfusions along with many neurosurgeries.

“But thanks to everyone’s hard work at UIHC, she was defying science and medicine every day,” Ford said. “In particular, Dr. Tonnouse, who kept her smiling every day, which helped inspire me to become a doctor and help change children’s cancer and give hope to people.”

Ford added that while the cancer beat her body physically, it never beat her spirit. She was unselfish and did not want anybody else to go through what she had gone through, so she had made it clear to her family that she wanted to donate her brain to the UI Carver College of Medicine for research upon her death, he said.

“As an eight-year-old, watching my sister go through that experience had helped me understand a lot about life, and about mortality vs. morbidity,” he said. “Watching her fight every day was so motivating to me as a young boy. My sister and I created so many memories at [UIHC] that they fuel me even now.”

Ford said while attending UNI in 2018, he was advised that he should try to participate in the six-week long Summer Health Professions Education Program at the UI. He decided to apply, and is currently in the program this year.

“The program is for people who are underrepresented in medicine, such as people who come from rural backgrounds, low-income households, first-generation college students, and underrepresented minorities,” said Associate Dean of Clinical Associate and Professor of Family Medicine at UIHC Denise Martinez.

Ford said the program had solidified his choice to become a doctor. He currently shadows physicians, including some that helped his sister, he said.

Professor Emeritus of Pediatrics Sue O’Dorisio, a pediatric oncologist, treated MacKenzie, and Ford will work in her lab next summer.

“We’re looking at an umbilical cord stem cells from children with cancer to see if they are able to withstand more direct forms of radiation treatment and able to avoid toxicity to the bone marrow,” O’Dorsio said.

Ford said after graduating from the University of Northern Iowa this May, he hopes to be accepted into the Carver College of Medicine and train to be a physician.

He hopes to one day deliver care to children like his sister in underrepresented rural Iowan communities, like his hometown which he grew up in.

“While some people use coffee to motivate themselves,” he said, “I remember the people at the Children’s Hospital to motivate me.”